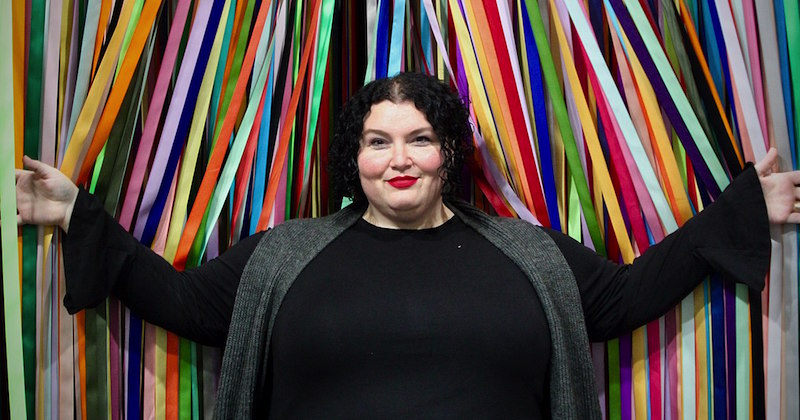 This week on New Books in Science Fiction, Rob Wolf talks to Meg Elison about the final installment in The Road to Nowhere, a trilogy that’s as much about gender as it is about surviving the apocalypse.

The first installment, the Philip K. Dick Award-winning The Book of the Unnamed Midwife, set the tone with a pandemic that destroyed civilization, leaving behind 10 men for every woman. To avoid rape and enslavement in this male-dominated landscape, the eponymous midwife must present herself as a man to survive.

In the next volume, The Books of Etta, set a century later, gender remains fraught but the rules have changed. The midwife’s legacy lives on in the town of Nowhere, where women are decision-makers and leaders. In this evolved world, Etta is allowed to choose the traditionally male job of raider, although she must still pretend to be a man to travel across a sparsely populated Midwest. Fortunately, this isn’t as heavy a lift for Etta as it had been for the midwife since Etta prefers to be called Eddie and identifies as male.

The notion of choice is one that Elison takes a step further in the trilogy’s latest and final installment, The Book of Flora (47North, 2019). Assigned male gender at birth, Flora was castrated as a youth by a slaver, and, as an adult, identifies as female. Although she doesn’t always find acceptance among the communities she encounters, she refuses to hide her gender identity even when traveling alone, preferring the risk of being female to hiding who she is.

Set in a still dangerous world, The Book of Flora is nonetheless a riot of humanity, full of characters representing marginalized voices and communities incubating new cultures and norms. There’s even a hint of an evolutionary leap that may one day make gender obsolete.

Rob Wolf: You begin in The Book of the Unnamed Midwife in a dangerous world especially for women but there’s more hope as you move from book to book. By The Book of Flora, things are maybe a little less dangerous and the emphasis seems to be a bit more about the potential to find happiness and true self expression.

Meg Elison: Things are definitely more hopeful in Flora’s world than they are in the midwife’s world. I wanted to comment on the nature of gender itself. I wanted to follow from the midwife, who is using male drag as a means of safety but not a means of identity, through Eddie, who is of fluid gender or prefers to be male in his life, all the way to Flora for whom gender is non-negotiable and she’s not interested in any measure of safety or control that can be gained by being someone that she’s not. I felt that they were experiencing three phases of the same issue and, as the world goes from absolute chaos to small pockets of a more peaceful existence for women, I thought the most gendered person in the series, Flora, was the right person to come to something like peace.

RW: Let’s talk about another form of gender identity. There are people who are referred to as “frags.” They’re more hinted at than seen, and it isn’t until the end that you find out whether they even exist or not.

ME: I got fascinated with any way in which women could reproduce without needing men in their lives, and that’s a difficult thing to pull off as mammals. So I got really interested in the idea of parthenogenesis, which exists in some species of sharks, snakes and worms, where egg-laying members of a species are capable of impregnating themselves. What would it mean if we had individuals who are capable of reproducing asexually by themselves and what would it mean if their offspring could do the same?

So I wanted to create frags as a legend and rumor, as something that people both revered and feared as either a regression for humanity or a progression based on who is seeing it. I was trying to come up with a word for that and I thought of fragmenting, like starfish and earthworms do. What if you could break off a piece of yourself like a bud, like a plant and become a new individual? So the latter half of the book is concerned with the idea of whether or not frags are real, and, if they’re real, what does it mean.

RW: All your books are about the act of telling stories. People’s knowledge of the old world comes from books, and the values that they try to propagate in the new world are also preserved in books like The Book of the Unnamed Midwife, which is a beloved bible for Etta and the people around her. There’s an entire ship of women in The Book of Flora whose mission is to preserve books. You’re a writer and you obviously love books and storytelling, but why did you make this such an important theme of the trilogy?

I think that a library is the first thing you should look for when you move to a new town. I’m married to a union librarian and that’s what makes my career possible, but it also keeps us deeply involved in our community because the library is such a resource not only as a place where we keep those stories and we keep the information and the knowledge and the truths but also where we find community.

It’s cheap as a writer to write about writers but you get away with it a lot easier if you put them in an interesting situation instead of just having lunch in New York in an endless series of conversations with their agent.

RW: I imagine one of the challenges of writing a trilogy is that it takes so many years to accomplish and during that time the world around you changes you change. Was it hard to stick with your original vision for the series and what, if anything, changed from your initial conception of the trilogy to the way it finally emerged in The Book of Flora?

ME: The Road to Nowhere represents five years of work, and I wrote the first book when I was a senior in college when I was at Berkeley. So a lot has changed since then. I was still working in manual labor jobs, and I was still thinking of myself as not really a writer. And the last book finds me doing nothing else. I’ve been writing full time for the last two years and I definitely have changed, my voice as a writer has changed, God knows the world has changed.

I was writing Flora and I was almost done right around the end of the 2016 election and that was really difficult for me. I understand now that it speaks to my privilege that I was surprised by the outcome of the election, but I really was shocked and ended up tearing apart the last 40 percent of the book and rewriting it because I’ve always written these books out of rage. Rage is my primary motivator to write and that hasn’t changed in the last five years. But I began to temper my rage with hope more profoundly in the writing of Flora than I ever had before. I got really tired of thinking of us as doomed and thinking of reproductive freedom as something that we were bound to lose.

ME: Yeah it really did. I couldn’t keep writing Flora the way that I had been because it was so grim, because her life was so hard, because such terrible things kept happening to her. I needed to write hopeful outcomes, even for my tortured queers who are living in an endless dystopia. I had to write better things for them; I had to come up with some way that I believe things could get better. I think the outcome of the election was not good for anybody really. But going through that was good for me as a writer and it was good for the book.

On Not Writing About My Father, an Actual Mad Scientist 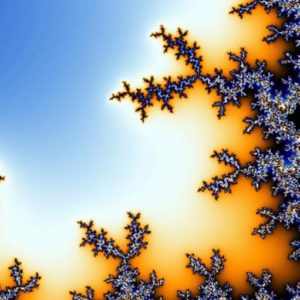 On Not Writing About My Father, an Actual Mad Scientist

I take perverse pleasure in telling people I was raised by a mad scientist. I was. To chronicle my father is to chronicle...
© LitHub
Back to top