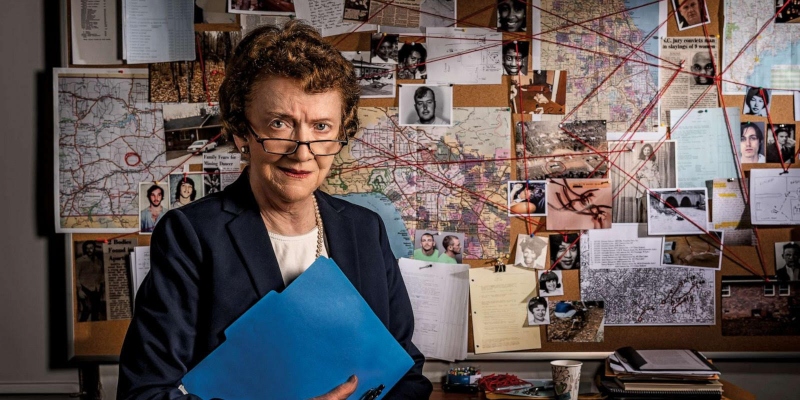 Meet the Forensic Expert Behind Mindhunter

How did a forensic and psychiatric nurse transform the way that the FBI studies, profiles, and catches serial killers? In this week’s episode of Book Dreams, co-hosts Julie and Eve speak with Dr. Ann Wolbert Burgess, the inspiration for the psychological expert Wendy Carr on one of Eve and Julie’s favorite Netflix series, Mindhunter, as well as her co-author Stephen Matthew Constantine.

In the 1970s a small team of agents in the FBI’s Behavioral Science Unit decided to interview convicted serial killers in an attempt to begin to understand their motives. However, the agents weren’t trained in research methods or psychology, and there was concern that all they had were recordings of “a bunch of sickos fantasizing about their crimes and not offering much else.” Impressed by Dr. Burgess’s revolutionary research into the offenders and victims of sexual crimes, they sought her advice. Initially the only woman in the unit, she directed their methodology and spent the next two decades helping to develop what became the FBI’s system of criminal profiling.

Ann and Steven discuss her new memoir, which Steven co-authored, A Killer by Design: Murderers, Mindhunters, and My Quest to Decipher the Criminal Mind. They talk about some of the earliest instances—and validating successes—of profiling serial killers like BTK, how the team’s methods allowed them to predict key characteristics of the killers with astonishing detail, and why a focus on the victim often plays a pivotal role. Ann also describes what serial killers are like in person and how she was able to overcome the gruesome nature of the crimes and remain focused on the work.

Julie: One detail I found fascinating about that case was that, among many other similarities between the profile and the killer who was eventually caught, the profile predicted that the [unidentified suspect, or unsub] read police and detective magazines. And then the actual killer confessed that he got off on reading detective magazines about dominance. How do you explain that the profilers guessed that? That’s such a specific detail.

Ann: Yeah, that would be one of the profile characteristics—what kinds of media does the person engage in? Nowadays, of course, it’s gonna be more video and internet and so forth, but back in those days, it was what kind of magazines did they get into. We had already noticed that it was common for some of the killers that we had studied to use that as their reading material. And it makes sense because it really feeds their fantasy and gives them ideas, if you will, when they read about other crimes that have been committed.

Steven: I think it’s important to remember, too, that even in the early days of profiling, it wasn’t just educated guesswork. Dr. Burgess and the team at [the FBI Behavioral Science Unit] had done a study on 36 serial killers. And so they were able to draw from what they learned from those killers in interviewing them and apply those lessons to the early stages of profiling. And then as they did more and more profiling, it became a more and more sophisticated tool that they were able to use and refine further.

Julie: I think of the Omaha case as an example of how profiling helped law enforcement focus on the most likely suspect. Steven, could you tell us about the case of BTK as an example of a time when proactive profiling techniques have been used to draw criminals out?

Steven: I think one of the lessons learned by the agents at the BSU was that a lot of these serial killers took a lot of sort of perverse pride in their work. They wanted to be recognized for their actions. They looked at the actions of other serial killers and they’d compare themselves to how successful they were in terms of being elusive or the amount of victims killed or the shock value. And so a lot of them had this habit of inserting themselves into the investigation process.

And sometimes that was by offering to help investigators by just walking up to a crime scene and saying, “Hey, is there anything I can do to help here?” Or, “I saw this guy, and maybe that’ll help narrow it down.” But there was a lot of hubris involved. And so, one of the things that the agents and Dr. Burgess learned was that if you can play to that hubris, you can draw out the ego, and you can get these killers to slip up a little bit. So, one of the goals with BTK was not to get him to commit more crimes, because certainly the loss of life would not have been appropriate there. But the goal was to get BTK to continue his earlier behavior of engaging with the media.

BTK liked to send in letters to local news and the local police in Wichita. Sometimes he would send in packages with sort of collages that he did, showing how he displayed or photographed his victims after he would kill them. And so, the team came up with this strategy to create this super cop, this type of person that kind of embodied all of the elements that a serial killer like BTK would want in himself—to be a figure of authority, to be in law enforcement, to be respected. And they had this super cop go on press conferences and speak directly to BTK about his crimes to create this sense of familiarity there. And BTK would then respond by writing in letters and develop this sense of comfort and, in BTK’s mind, this level of friendship. And in the end, BTK asked, “You know, if I send in this floppy disk with some additional items on it, will you be able to track me?” And the super cop said, “No, of course, not.” And, of course, they were able to track BTK through that floppy disk.

It was really interesting because once BTK was arrested, he turned to the super cop and said, “You told me you couldn’t track me from this. I thought we were friends. Why would you do this?” And the super cop said, “That’s my job. I was trying to catch you this whole time.” And it just came as a complete shock to BTK because, you know, he was in his own world. And he thought that his ego was the most important thing and was just really divorced from reality at that point.

Dr. Ann Wolbert Burgess is a leading forensic and psychiatric nurse who worked with the FBI for over two decades. She’s received numerous awards nationally and internationally for her professional work. She’s currently a professor at the Boston College Connell School of Nursing, and she lives in Boston, Massachusetts.

Stephen Constantine is the assistant director of marketing and communications at the Boston College Connell School of Nursing. He holds an MFA from the Bennington College Writing Seminars, and he lives in Boston, Massachusetts.

Why Online Privacy Should Be a Core Civil Right 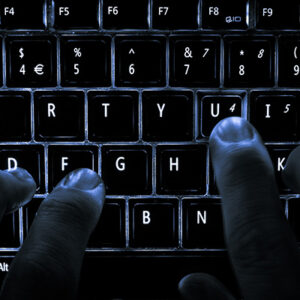 Why Online Privacy Should Be a Core Civil Right