Frances FitzGerald’s The Evangelicals: The Struggle to Shape America (Simon & Schuster) is a finalist for the 2017 National Book Award in Nonfiction. The book traces the American Evangelical movement from the time of the Puritans to the time of Donald Trump, with plenty of insight along the way. Literary Hub asked Frances a few questions about her book, her favorite things, and her life as a writer. 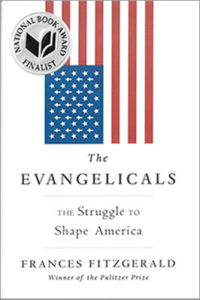 The best book I’ve read this year is Behind the Scenes at the Museum by Kate Atkinson.

I write from twelve to five in the afternoon. I hate to get up early, and I like to get my chores and exercises done before sitting down to work. It’s important to me to have five straight hours to write, no matter how much I get done.

How do you tackle writers block?

I don’t have writer’s block unless I stop writing for some weeks and lose my writer’s muscles.

I return again and again to War and Peace.

I couldn’t do without many pieces of music, but if forced to chose, I would say Bach’s Magnificat.

How has the influence of white Evangelicals in America changed over the last three decades?

On the other hand, they have splintered in a way that is not yet appreciable in the elections. In the 1980s and ’90s they were dominated by the Christian right, who reacted to the social disruptions of the sixties, such as feminism, the gay rights movement and the Supreme Court decisions banning prayer and Bible reading in the public schools, and later Roe v. Wade. But since George W. Bush’s unfortunate second term, a progressive movement has emerged and is growing larger and more vocal. The younger generations have taken up their causes, such poverty, climate change, immigration reform and social justice. In addition white evangelicals, like all white Americans, are diminishing as a proportion of the population. In many evangelical churches their places are being taken by Latinos, who are socially conservative but economically liberal and tend to vote Democratic. However, Latinos and the young tend to vote less than whites and their elders.

In the meantime the authority of Christian right leaders has diminished as the generation of Jerry Falwell, Pat Robertson and others who went through the sixties have died or retired. In 2010 many right-wing evangelicals joined the Tea Party, putting the economy before abortion and gay rights. Last year 50 Christian right leaders, after much deliberation, decided to back Ted Cruz in the primaries, but a plurality of evangelicals voted for Trump on the grounds that he was a strong leader, allied with white supremacists, who promised to make America great again. At base right-wing evangelicals are afraid that Americans of color will overwhelm the country, and that they will lose their place in American society. They are also afraid that evangelical Christianity will die away, making them a small minority in an increasingly pluralistic and secular society. To them a country without God will have no morals and will be total chaos until the end comes. 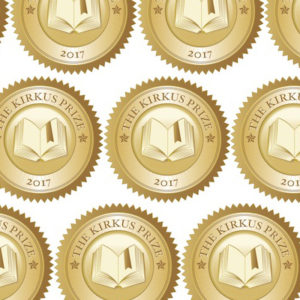 Last night in Austin, Texas, Kirkus Reviews held a party to celebrate the winners of the 2017 Kirkus Prizes, chosen as the best...
© LitHub
Back to top
Loading Comments...