The author of Dark at the Crossing on love, war, and writing

Elliot Ackerman’s Dark at the Crossing (Knopf / Penguin Random House) is a finalist for the 2017 National Book Award in Fiction. The novel is a love story and a war story set at the Turkish-Syrian border. Or, as Elliot describes it below, “the story of a failed revolution told through the prism of a failed marriage.” Literary Hub asked Elliot a few questions about his book, his life as a writer, and the perennial appeal of the war novel. 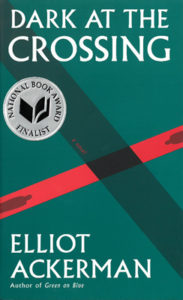 My hope is that a person as unlike me in everyway possible might read my book and have it resonate with them. When I wrote this novel, which is the story of a failed revolution told through the prism of a failed marriage, I felt something as I put the story of Haris, Amir, and Daphne on the page. If a piece of art succeeds—whether it’s literature, film, painting, etc—it causes the reader or viewer to feel something. How many times have you watched a movie and cried, or gone to a museum and felt overwhelmed? In that moment, you were feeling some fraction of what the artist felt as they made their creation. I would call this emotional transference. These days, amidst all these voices encouraging division, that type of emotional transference is a powerful way to assert our shared humanity. With so much cynicism out there, it is an inherently optimistic act.

I had never read much Guy de Maupassant until this year. I got turned onto Bel Ami, which is an eviscerating take on debauched Parisians during the Belle Époque. The book follows the machinations of an amoral societal climber whose ascent is aided by his manipulation of a group of unwitting newspapermen. This was one of my favorite lines: “His rise testifies to the decline of a whole society.”

I told my mother, who is a journalist and novelist herself. She used to sit with me on the couch in her office and edit my school papers when I was a boy. As I’ve grown older, she is one of my most trusted and earliest readers (if not my first reader). I know some people distribute their manuscripts widely when they’re working on a book. I do not. I have a few, maybe two or three people whose opinion I trust and my mother is top of that list. When it comes to readers you need to have people who love you enough to tell you when something isn’t working.

I wake up, I exercise, I get my kids off to school if they’re with me and not their mom, and then I work. I like the mornings because I am fresh. If I’m working on new material, I try to do a thousand words a day. Usually, I can get this done by around lunch. Then I read and do whatever busy work I need to do to keep my life going. I am, admittedly, pretty methodical. Showing up to do the work means a lot because so much of what you write ends up getting cut.

What do you think makes war narratives so perennially compelling, to Americans in particular and readers in general?

When he accepted his Nobel Prize, William Faulkner said it is “the human heart in conflict with itself which alone can make good writing because only that is worth writing about, worth the agony and the sweat.” Tracing the topography of that heart is what most novelists are doing through their subjects. I think fine writing, the type that lasts, addresses that human heart in conflict with itself. Nowhere is that conflict more acute than in war when we abandon one of the fundamental rules of civilization: “Thou shalt not kill.” In effect, we abandoned our civilized selves so that we might do violence to defend our society and then, often impossibly, try to return to who we were before the killing. This is a conflict of the heart which is perennially compelling and fundamentally human.

Allow each of your characters—no matter how despicable they might be—to make their case in your work as though they were making their case before God. 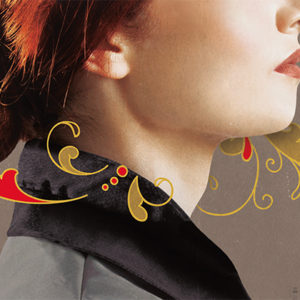 One highlight of the Texas Book Festival in Austin this past weekend is the announcement of the Kirkus Prize winners, each...
© LitHub
Back to top
Loading Comments...