From Her Collection Holy Moly Carry Me

The rains came last night around sunset,
after a day of grill-heat, a day of persistent

Code Orange air-quality warnings.
Here, there is always a rainbow.

It is slightly biblical, like the yellow bus
that comes every morning to take my son.

I assume he arrives at school, a building
with no interior walls. Mama, can you come

make a giant skyscraper? he asks
while I’m writing this. He has inserted

our cat into his family tree, though the teacher
said she doesn’t belong there. Or he says

she said that. He is not a reliable witness.
My cousin posts a story on Facebook

as a status: Yet another neighbor’s dog
started barking excitedly at me and the family

as we strolled down the street. But this time
the dog had a seizure mid-bark and died.

I have nothing profound to say
about pets. I have very little to tell you,

except that everyone is not finally asleep.
They are bracing themselves for the start.

We’ve been watching the Olympics,
and the crickets and rains have been violent,

but look at that face: completely placid,
completely relaxed. The announcer

is speaking about the runners. There is a bell.
One falls, has fallen on the final lap.

Someone moves to take over the lead.
The man with no legs is running as anchor.

His face is like the sun, and his legs
are pillars of fire. Another man

who had been shot in both legs runs
the start of the relay for our country.

He has to keep the baton from falling
to the ground. We are on our third rainbow

this week. And when I saw it, I fell on my face,
and I heard the voice of one speaking, said Ezekiel,

who witnessed the fulfillment of his prophecies.
The single most important factor contributing

to wrongful conviction is eyewitness
misidentification, which is to say that

I think I hear my son calling, wakeful, but
it’s only the whine of the air conditioning system,

mechanical, almost human. Everyone
is up tonight to watch a rover land on Mars,

while upstairs, the Lego skyscraper project
is in progress. A sign of the covenant it’s not,

but if there is a major event, Legos will survive it.
My son is the cleanup crew in a shaky empire.

Somebody’s got to do it, he says, then picks up
a small hammer. Before we know it,

the entire building is gone. 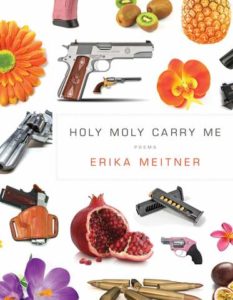 Erika Meitner is the author of five books of poems, including Holy Moly Carry Me (BOA Editions, 2018), Copia (BOA Editions, 2014), and Ideal Cities (HarperCollins, 2010), which was a 2009 National Poetry Series winner. Her poems have been published in Best American Poetry 2011, Ploughshares, The New Republic, Virginia Quarterly Review, The Southern Review, Tin House, and elsewhere. She is currently an associate professor of English at Virginia Tech, where she directs the MFA and undergraduate creative writing programs.
Share:

Traveling Scene to Scene in the Streets of Vienna, Before Sunrise 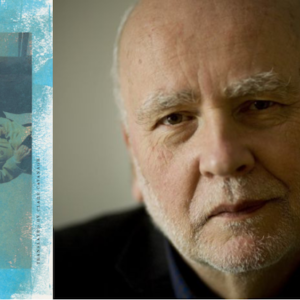