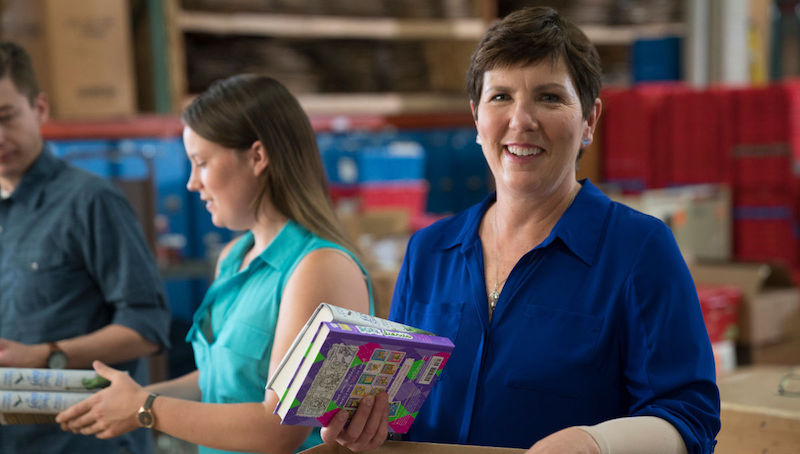 Maybe a Bookseller Can Fix the Mess in Washington?

As an 11-year-old, Becky Anderson Wilkins remembers waking up in the middle of the night and rushing to her grandfather’s pharmacy and bookstore in downtown Naperville, Illinois. A cigar humidifier had caught fire and the entire storefront, which had been in the family since 1875, was ablaze. “We went down in the middle of the night to see it burning,” she recalls, describing how the bug spray would ignite and fly out of the windows. As a kid, Anderson Wilkins found the entire spectacle pretty cool. But soon enough, she was put to work repairing the damage. “That was my first job: dusting soot off fixtures and shelves,” she says, laughing.

Now, Anderson Wilkins is a fifth-generation bookseller. She’s done just about everything in her family business, which has grown to include three retail bookstores, a wholesale company, and a toy shop. “It’s been a tradition to be part of our businesses, and all three of my brothers and myself are still in our family businesses,” she says. “[There’s] been a real sense of pride to be part of it.” Over the years, Anderson Wilkins has driven trucks and forklifts, catalogued inventory, been a book buyer, and worked cash registers. “That’s what you do in a small business, you do everything,” she says. “That’s what builds that family within your employees and your community, [the fact] that you are willing to do anything when it’s needed.” But earlier this year, Anderson Wilkins announced she’s seeking a completely different job title: Congresswoman. She’s currently running for the House of Representatives in Illinois’s 6th District against incumbent Republican candidate Peter Roskam.

Anderson Wilkins says her bookselling experience has given her a unique ability to tackle politics. In fact, she’s tried to get more of her colleagues from the book world into public service. “As booksellers… we have a unique toolbox that makes us more prepared to take on a political life in any sense, at any level,” she says. “The part that really gives me joy as a bookseller is what I can do to open ideas and make those partnerships, those bridges, throughout our community. I think that’s one of the biggest things about books: the sense of ideas we can share, the conversations we can have, and how we can take those ideas and share them with like-minded people. Or even change un-like-minded people’s minds.”

While running for Congress is one of the biggest challenges Anderson Wilkins has taken on to date, this isn’t her first foray into public office. She was President of the American Booksellers Association from 2006 to 2013, which inspired her to run for local city council. She won that race, her first political one, in 2015. Being on the city council opened her eyes to what a bookselling background can offer her constituents. “It’s been really incredible for me knowing all of the things I’ve learned in my business, what I’ve learned from other people, what I’ve learned from authors and publishers, and other booksellers… that I’ve brought so much of that to the table,” she says. “It’s been so enjoyable, in a way, to know that my background has enlightened my thought in how I approach people and how I approach issues.”

“Being a bookseller really shapes almost everything that Becky does,” says her campaign manager, Tracy Mayfield. “How intimately involved she is in reading and learning, and how that means taking on other people’s perspectives and thinking about things in a very empathetic way. She is so genuine and thoughtful. You can tell right away she’s not running because she has an ego, and thinks she’s the best person in the district and deserves to represent it. She’s running because she really cares about issues that she knows she can have an impact on by being a representative.”

Mayfield says Anderson’s experience as a small business owner helps her see herself as part of a larger community. “She thinks a lot about how government and policies impact small businesses, independent businesses, the downtown of any community…and how the success of the community impacts the quality of life for the people there. And of course, she also understands business, and how to budget, and how to manage people. Those [skills] translate very well into elected officials.”

The last time Illinois’s 6th District garnered national attention was in 2006. In that race, Roskam, then State Senator, beat army veteran Tammy Duckworth. Mayfield says that in the last few election cycles, the seat hasn’t been very competitive. But that’s all changing. “It’s an area where the partisanship of the people there is changing, the demographics are changing,” she says about the district’s shifting dynamics. “And it turns out, Hillary Clinton won it handily in 2016. You’ve seen other changes in the more local level… it’s a place where the explosion of activism that we’ve seen all over the country is happening on steroids.” Part of the issue is that local and Democratic groups, “really don’t like Peter Roskam. They feel that he has not been present; they feel he doesn’t stand for the things they stand for. Even more than that, he’s not out in the community, talking to people who disagree with him. And that kind of is like salt in the wound.”

For her part, it was seeing Roskam refuse to hold town meetings that made Anderson Wilkins want to run against him. “Knowing what Peter Roskam is doing, [there] was just a point where I couldn’t watch it anymore,” she says. “So after my experience on city council, and knowing how I’ve always felt that you can’t do things unless you reach out and partner and collaborate, and cooperate with different groups within your community, you’re not going to get anything done. So I felt this was one thing I needed to jump into.”

When she does get to Congress, Anderson Wilkins has a list of issues that she’s passionate about pursuing. “I like to fight for small business, I like to fight for retail,” she says. “But also, the bigger things are of course the Affordable Health Care Act, and what we’re going to do to fix and save it.” Since her daughter is an environmentalist, she’s also very passionate about climate change. “We live near the biggest source of fresh water in the world, and we see some threats to the Great Lakes by some of the things that are going on,” she says. “For us in many parts of this district, we depend on Lake Michigan for water, and we have to protect that source.” In addition to these things, she also lists foreign policy, gun control, and tax reform as major problems that need fixing. “There’s so many issues,” she says.

Although they may be fighting an uphill battle against an established incumbent, Mayfield is hopeful about their chances. “I think you have to be optimistic to take on such a big challenge,” she says. “I do think a Democrat has an extremely good chance of flipping the seat this cycle.” It’s a crowded field, with nine other Democratic hopefuls vying for a spot in the primary election. But Mayfield thinks that Anderson Wilkins’ perspective as a bookseller will give her the edge. “I really think Becky will bring a different perspective to Congress, and as an elected official, it’s really important to have people from all different walks of life and all different professions that have different strengths and different weaknesses,” she says. “Her strength and her background is so different from so many people in Congress. I think it’s a really valuable one.”

Whatever the outcome, Anderson Wilkins is enjoying the process. So far, she says, she’s been having “great conversations” with people all over the district. “So many people are so excited that I’m running,” she says. “I’ve had great support from everyone in the book world. It’s just an incredible feeling.” For her, the best part about running is all of the personal interactions, which feel startlingly familiar. “That’s what you do when you’re a bookseller,” she says. “You talk about ideas, and you talk about things that you have a passion for. And that’s what gives me the most passion, is having those face-to-face conversations with people.”

How 11 Writers Organize Their Personal Libraries 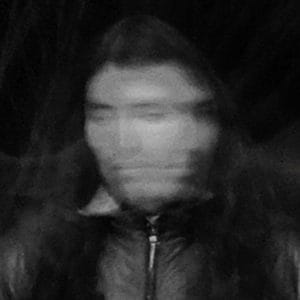 1. OKLAHOMA TO TEXAS On a Monday in early August I find myself spooning soil from Geronimo’s grave at a prisoner of war cemetery...
© LitHub
Back to top