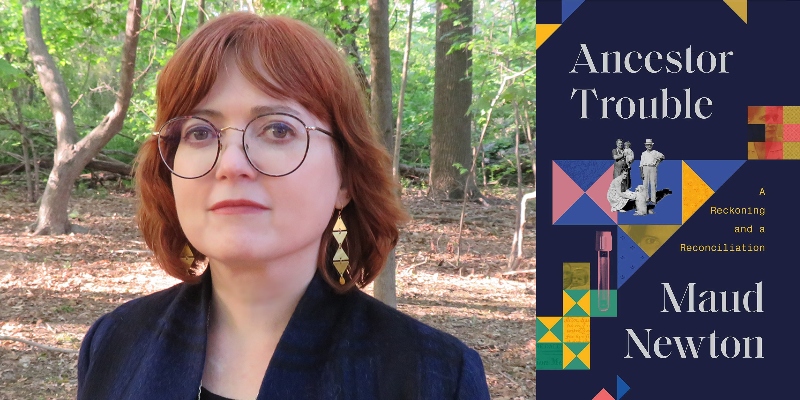 This week on The Maris Review, Maud Newton joins Maris Kreizman to discuss her debut memoir, Ancestor Trouble, out now from Random House.

*
On searching for clues about her family:

As I got older and started thinking about my parents and thinking about their parents, I became more curious about their personalities and why they developed in the way they did. It was like a ball of yarn that I couldn’t stop unraveling. Many balls of yarn. Particularly in the case of my father. He was a very stern person, very emotionally abusive, but in a way that didn’t really map onto the experiences of other people I knew who came from situations in which their parents were abusive. He was kind of an enigma to me, even as an adult. I think he’s an enigma to most people, and at times I feel a sort of compassion for him around that. As I got older and thought about what it’s like to move through life like that and how you become this person, it kept sending me further and further back into my family looking for clues.

*
On the bright side of genetics:

On the one hand, knowing that genes aren’t fate is such an opening, but on the other hand knowing that environment can change things can be another way of pushing blame onto people. What have you done to bring this on yourself? What did your family do to expose you to the thing that caused this? Or whatever sort of judgmental things people might bring to it. But I find epigenetics positive in that there are some things we can probably change a little bit.

*
On reading East of Eden as a kid:

Anybody who was a serious little nerdy reader as a kid knows how much that shapes your view of the world, especially when you’re a kid in a situation like mine. My parents were always fighting, my father was scary, and then my mom had this very extreme evangelical belief system and had a church in our living room and was doing exorcisms there. It’s such a cliche, but it’s a cliche for a reason. I felt so much less alone growing up with other people’s stories. I was always really drawn to stories about family trauma. My mother suggested that I read East of Eden when I was pretty young, and I was fascinated by the similarities between this completely amoral character in the book and my father. And that was an entry point into something new in books.

All the Frequent Troubles of Our Days by Rebecca Donner · The Love Songs of W.E.B. Du Bois by Honorée Fanonne Jeffers · Olga Dies Dreaming by Xochitl Gonzalez · Of Water and the Spirit by Malidoma Patrice Somé

Maud Newton has written for The New York Times Magazine, Harper’s, The New York Times Book Review, and Oxford American. She grew up in Miami and graduated from the University of Florida with degrees in English and law. Her debut memoir is called Ancestor Trouble. 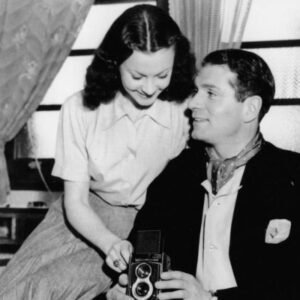 A year after Vivien Leigh had landed the role of Scarlett O’Hara in 1939’s Gone With the Wind — and only a little longer...
© LitHub
Back to top