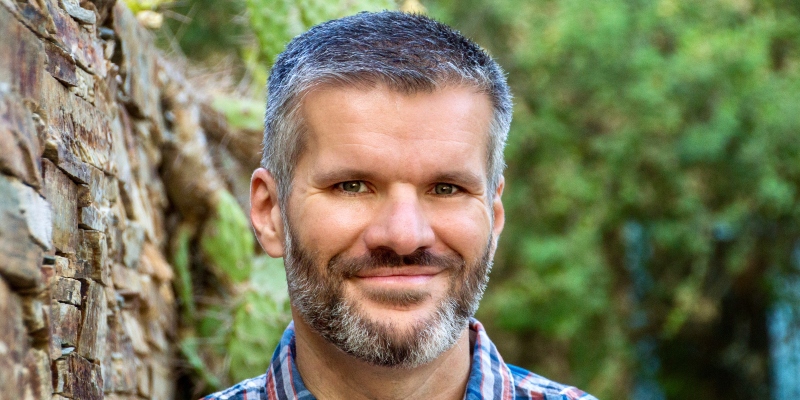 Matt Bell is the guest. His new book, Appleseed, is out now from Custom House.

Matt Bell: I don’t think fiction has to be utilitarian, but a utility it does have is the ability to imagine other ways of being and to imagine otherwise, as Daniel Heath Justice says. There are sort of subgenres of speculative fiction, like solar punk and hope punk and things like that—instead of writing a dystopia, trying to write people already living in a future in which climate change was a mitigator. Here’s how people will live well in 50 years or how things might change to do that. And I think those things are important. If we can’t imagine living in a world without the police then we won’t get to one, right? But you could write a novel where you worked it out, those problems you talked about. How will communities police themselves?

Well, there’ll have to be some other mechanism, because you’re right, it won’t just be everybody takes everybody’s stuff and kills each other in the streets, which is not what most of us are doing anyway. The police aren’t stopping me from killing my neighbors, I’m just not going to kill them. You could think through those problems and imagine solutions to them and try them out in fiction, which is a nice scenario-planning tool. So there is a use for writers to imagine into these thorny, complicated things.

I can’t talk a lot about what I’m working on yet without taking up an enormous amount of time, but one of the things I’m trying to do in the work I’m doing now is to think about that. There’s no way to move the things we take for granted in our society into one I’ve made up. There’s going to be some problem in the book, but other parts of it can change productively. If the book isn’t about policing, for instance, why not imagine a better kind of policing than what we have, and just have that implemented in the book? I think it’s interesting to do things that aren’t the focus of the book that are good speculative work.

You read science fiction novels from the last 40 years. Where humans exist in a thousand years, they’ve solved climate change. Because otherwise humans wouldn’t exist. I just read a C. J. Cherryh book and they’re living on another planet and they’re like, we can’t do fossil fuels like we did on Earth, so there has to be another solution. All of Le Guin’s books from the 70s have people who are using like solar cars on another planet, because what kind of idiot would burn all the coal on this planet? That’s not the focus of the book, but people wouldn’t exist in this highly advanced, space-faring society if they were also burning every inch of oil they could find.

It’s an interesting task of that kind of writing; you can solve some problems, even if they’re not the focus of the book. The book doesn’t have to be like, “Look how dire this thing is.” It can also say, “Well, let’s solve some of these other things and we’ll tell a story in this society.” What would a detective novel set in a future with no police look like? There’s ways to do interesting things. I feel like that’s one of the fun parts of writing these kind of books, is trying to solve the unsolvable problem. And again, often it’s real simple. If you don’t build an economy based on long-haul trucking and cheap gas, you solve a couple of problems right away.

Brad Listi: You’re talking really eloquently about a question that I was going to pose to you, which is if things like climate change and climate science are of such paramount importance to you, why turn to fiction versus nonfiction? And you just explained a lot of why. I think another aspect to it would be that when it comes to issues like these that have a lot of heat and tension and emotion around them, writing about them in fiction can give people a way in, like gives that kind of breathing room that you might not get in a work of nonfiction where someone’s trying to advance a particular agenda or make a case. Or as you say, it’s kind of like a spoonful of sugar. It might be easier to imagine a world without police if it’s in a futuristic detective novel than if it’s written by somebody who’s on the front lines as an activist or a politician who’s agitating right now to make those kinds of changes.

Matt Bell: Yeah, I think that’s right. The defamiliarization part of fiction that gets talked about so much is really useful because your guard just goes down because you’re encountering this other way. We’ve had a serious conversation about serious things, and at the same time, I think part of the reason to write it in fiction is because fiction is fun to write and it’s entertaining, and it’s playful in ways. As serious as this book is, it’s also maybe my most fun book. I think it’s playful and accessible in a different way, and about wonder in a certain way that really matters to me. And there is, I think, a lot of beauty in the book, and trying to depict those things even in these spaces feels really important to me.

Like there’s like a car chase early in the book, right? I never wrote a car chase scene before; it was fun to write a car chase scene. Some of getting me to think about this stuff, one of the ways to do it is to do it in a story, because as you’re solving all these problems of storytelling and you’re having fun making a certain kind of scene, you stay in the chair and keep working on these problems in your brain. I felt as I was writing the book, calmer’s not the right word because I obviously don’t feel calm about climate change, but I felt less anxious because I was spending time with it and thinking about it. When you’re sick and you don’t go to the doctor and you just feel like am I dying? And then you go to the doctor and you’re like, well, I’m sick, but now I know what it is. This staying with it was good. I think fiction is one of the ways for me that I can make myself stay with it. I did read a lot of climate science, but figuring out the intricacies of the plot was also a way of just sitting with the ideas until I figured out what I thought about them, as opposed to just what I had read about them. So I think the writing and reading of fiction is useful in that way.

Matt Bell is the author of the novels Scrapper and In the House upon the Dirt between the Lake and the Woods, as well as the short story collection A Tree or a Person or a Wall, a non-fiction book about the classic video game Baldur’s Gate II, and several other titles. His writing has appeared in The New York Times, Tin House, Conjunctions, Fairy Tale Review, American Short Fiction, and many other publications. A native of Michigan, he teaches creative writing at Arizona State University. 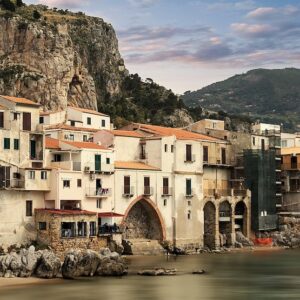 On October 3, 2013, an overcrowded ship caught fire en route from Libya to Europe and capsized in the Strait of Sicily....
© LitHub
Back to top