Mateo Askaripour on the Toll of Racism in the Workplace

Mitzi Rapkin: One of the things that really stands out is Buck’s uniqueness in this situation. He’s pulled into this startup company, Sumwun, by the CEO who sees something in him, kind of like what happened to you—someone saw something in you. And to have someone believe in you is so powerful, especially because in his case it was someone at the very top. But he’s working under this Director of Sales named Clyde, who crosses the line every day in terms of his language, his behavior. In the hazing on day one or week one, Buck went to his desk and they dropped white paint all over his body, and it’s so clearly racist. But how he deals with it is he’s trying to see that there’s a bigger picture there.

Mateo Askaripour: It’s an important thing to discuss. Because for many people who read the book, this is Buck beginning in some ways to lose himself by not standing up to Clyde’s overt racism, by not speaking up regarding the acts of microaggressions, which some of them start out as funny, right? Hey, they say, has anyone ever told you look like MLK? Has anyone told you look like Malcolm X? Has anyone ever told you look like Sidney Poitier? That’s funny in so many ways but by the end of the book, you’re like, wow, does this actually happen to Black people? Because if so, this would be wild. And it does happen; it happens to me. So, this calls into question Buck’s character and what he stands up for, because he definitely doesn’t stand up for himself in the beginning. But it’s him thinking that if I take it, I can make it—which so many of us, I’m not even saying just Black people, but so many of us who have been otherized or marginalized have lived in that way and say, oh, I can take it, and then I’ll get to where I need to be. But the line keeps being pushed; you have to take more, you have to take more, you have to take more.

My mom and I were talking the other day after the election was certified, and she said, the big and the small, we have to take the big and the small. We’ve taken the big and the small for so long, for so many years, and it all adds up. And it’s true. And it takes a toll. And sometimes it manifests extremely poorly. We see that in the book, right? When Buck, who has endured so much in the hands of others, then begins to hurt the people who are closest to him, especially when tragedy strikes. With Buck and his journey, especially in the beginning, I wanted to show the sacrifices that so many of us make in order to attain success, and calling into question, what is the cost of it? And how much do some of us have to pay? And also calling into question, do we really have to pay?

Over the past couple of weeks people have asked me, did Buck have to change who he was to really become successful? And what I say is, Buck had to change who he was to become successful at Sumwun, in an environment that is predicated on assimilation, that is predicated on creating a culture where people care more about the company’s mission than themselves or their personal relationships outside of the workplace. But what I also say is, Buck could have stayed true to who he was before he began working at that company and probably quit or gotten fired, and then gone somewhere else that praised who he was and praised his character. You know, it’s not one thing or the other.

Looking to Get Lost by Peter Guralnick, Read by Jim Meskimen 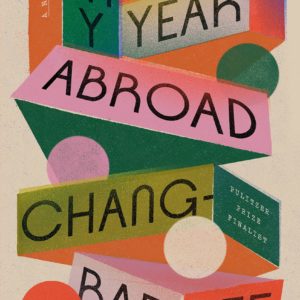 I won’t say where I am in this greatish country of ours, as that could be dicey for Val and her XL little boy, Victor Jr.,...
© LitHub
Back to top