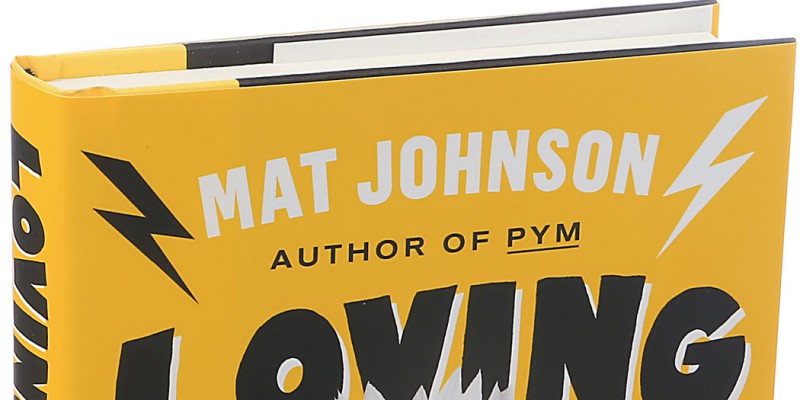 Tell Don't Show: A Mansion in the Ghetto

Every other week Oscar van Gelderen, the publisher at Lebowski in Holland, who blogs here, summarizes a notable work of fiction in ten quotes, with an emphasis on style and voice. No spoilers. This week, Mat Johnson’s novel about a haunted house, a long-lost daughter, and Philadelphia, Loving Day.

In the ghetto there is a mansion, and it is my father’s house. It sits on seven acres, surrounded by growling row homes, frozen in an architectural class war. Its expansive lawn is utterly useless, wild like it smokes its own grass and dreams of being jungle. The street around it is even worse: littered with the disposables no one could bother to put in a can, the cars on their last American owner, the living dead roaming slow and steady to nowhere. And this damn house, which killed my father, is as big as it is old, decaying to gray pulp yet somehow still standing there, with its phallic white pillars and the intention of eternity. (3)

I am a racial optical illusion. I am as visually duplicitous as the illustration of the young beauty that’s also the illustration of the old hag. Whoever sees the beauty will always see the beauty, even if the image of the hag can be pointed out to exist in the same etching. Whoever sees the hag will be equally resolute. The people who see me as white always will, and will think it’s madness that anyone else could come to any other conclusion, holding to this falsehood regardless of learning my true identity. The people who see me as black cannot imagine how a sane, intelligent person could be so blind not to understand this, despite my pale-skinned presence. The only influence I have over this perception, if any, is in the initial encounter. Here is my chance to be categorized as black, with an asterisk. The asterisk is my whole body. (18)

I arrived at the greatest three seconds of my young existence. And there was elation, until I rolled over and saw that my increased pleasure was caused by the fact that the condom had broken and rolled back over my cock like a rubber wedding ring. (34)

‘Here’s the deal: you come with me, then you have to finish up at another school. You have to graduate, then you can do what you want.’

‘Fine. You get me in a school, you find somewhere I can still graduate on time, let me stay here, then we can make a deal.’

‘A school with black folks on it. Trust me, it’s important. You need to know who you are. Who we are. I’m not going to have a daughter of mine who goes around saying things like “the blacks” all the time. Agreed?’

Tal sighs, rolls her eyes a little, but says, ‘Fine,’ at the end of her performance.

‘And no smoking. And you have to keep calling me “Dad”. But in a non-sarcastic manner,’ I throw in, feeling momentarily sure of myself.

‘Okay, here’s the secret. It’s not really a secret, but I’ll frame it to you as one. The same people who despise you for identifying as mixed? Those are the same people who, when you do identify as black, despise you for not being black enough. And there’s nothing you can actually do to be black enough, for them. Because it’s not really how you act that they despise. It’s you. Your very existence.’ (123)

I am at Irv’s doorstep with his granddaughter after being absent from her life for seventeen years. I have this other woman with me who’s Irv’s age and in a sweat suit and a wheelchair. I’m holding her back by one shoulder to keep her from falling over.

‘Irv, this is Roslyn Kornbluth,’ Tal begins. She motions to Irv, then motions to Roslyn, who flutters her eyes in recognition. ‘Roslyn runs my school and Warren just almost killed her with one of those electrocution guns, so we thought it might be nice if she joined us for dinner. She’s black and Jewish, so consider her a peace offering.’ (134)

Sunita Habersham’s got her window open, and her hand out. Her fingers are flat together, angled off her wrist and bent from her arm like the head of a swan. As I speed up, she tilts her hand forward, lets the weight of the wind push it up and back again. Slowly, Sun repeats, only pausing when I hit a light as we drive down Wissahickon Avenue. (147)

I lust. I know this. I lust all day and in ways that seem to transcend my otherwise limited imagination. I desire endlessly, and constantly encounter women that fill me with want. If I was bisexual, I’d have wasted away pining for all of humanity. My body is promiscuous in its hunger. But my heart has no such appetite. It wants only one. (153)

I’m sorry I’ve been distant, but I needed to think. And I would really like it if we could talk. When is good?

‘So what are you going to say, Pops?’ Tal asks.

‘This was private. Why did you read it?’

‘Because you’re miserable at school. So now I’m getting two kinds of miserable. And I like her. I told you.’

Her eagerness, at bringing Sunita closer into our lives, is both annoying and a strong motivation to continue trying. I make a point of dramatically removing a pen from my back pocket and showing it to my daughter. Then I mark off the appropriate box and, with increasing flourish, place the note back in its envelope before I hand it to Tal.

‘She’s not your new mother, you know?’ I say this mostly to myself, but it sounds like a dig at Tal. ‘She’s just your teacher, and a friend of your father’s,’ I add, softening my tone to the point, I fear, of being patronizing.

I watch most of the day from the front window, drinking, I am drink to access the courage. Or am I drinking to get drunk enough to not be able to do anything at all. It changes between the swigs. Once the whiskey loosens my mind, I start imagining the scene again, but can only see it darkly. I seen an explosion, all the tanks lightning at once in a blaze of glory, but with me accidentally in the middle of it. If I die, I realize, Sunita Habersham will think I committed suicide, and will be destroyed by it. Maybe not destroyed, but it wouldn’t help her general spiritual growth to have another boyfriend croak, I’m sure. So I write her a note on some copy paper. It says, If something happened to me, it’s because I’m an idiot, but not because of any self-destructive impulse. I would never do that to you, because I still love you. Which has the balance of focused and vague I was going for, I sign it and with that productive task out of the way, I go on to check and recheck the security cameras, make sure the back one is aimed high enough to miss the show. I take the box of pictures and Tal’s things to the garage where they’ll be safe.

Making the Jump From Big House to Small Press 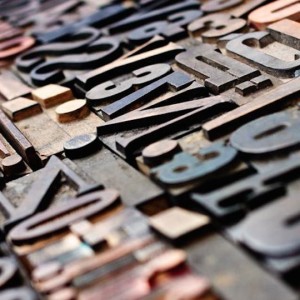 Making the Jump From Big House to Small Press

Front Porch Commons is a brand-new site launching today, from the good people at the Community of Literary Magazines and Presses...
© LitHub
Back to top