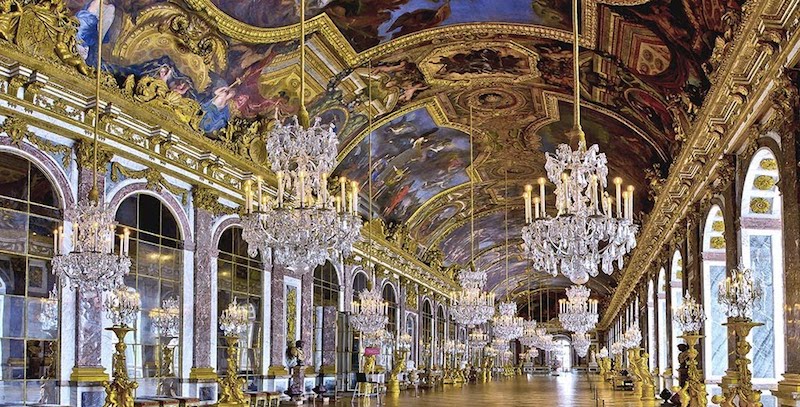 And Other Lessons from Louis XIV, the Sun King, for Donald Trump

Although it has been widely reported that President Trump does not read books, he might want to make an exception and page through a biography of Louis XIV. Known as the Sun King, Louis was exactly the sort of strong leader and winner that Donald Trump has indicated he admires. Under his stewardship, the French had so many military successes that within two decades of his ascension to the throne, France had become the greatest power in Europe. The Sun King’s armies swept into Flanders and Belgium to the north and crossed the Rhine to the east. So seemingly unstoppable were the French that the Dutch, to save Holland, opened the dykes and risked drowning by flooding their own country.

Louis clearly shared many of the current President’s tastes and values. He surrounded himself with beautiful women and cheated indiscriminately and enthusiastically on his wife and various mistresses—something Donald Trump has notoriously bragged about doing as well. When he was not ruling, he devoted himself to his pet building project, Versailles, which sent him heavily into debt. Specifically intended to enhance and glorify his image, not only within his own kingdom but also throughout the world, Versailles’s ostentatious interior design, like Trump Palace and Mar-a-Lago, relied heavily on mirrors and gold fixtures for effect.

But considering President Trump’s recent executive order banning refugees from seven Muslim countries from entering the US and his earlier decision to expel 2 to 3 million undocumented immigrants, perhaps the most instructive parallel is Louis XIV’s revocation of the Edict of Nantes.

The Edict of Nantes was a guarantee of freedom of religion for French Protestants, known as Huguenots. The decree had been in place for nearly a century. By its terms, Huguenots were permitted to worship in their own fashion, and even allowed to erect their own churches.  Although by best estimates Huguenots comprised less than 20 percent of the population, the Edict of Nantes guaranteed them the same rights and protections as the kingdom’s overwhelmingly Catholic subjects.

The hierarchy of the French Catholic Church—priests, bishops, archbishops, and cardinals, an exceedingly conservative faction—loathed the Edict of Nantes. To them, the Huguenots were heretics whose wicked beliefs threatened to spread and taint others. Finding a way to overturn the law became a top priority. Using their pulpits and influence, this vocal group began a grass roots campaign to instill fear and hatred of Protestantism among the general population. It took a little time, but eventually, they succeeded in turning a majority of the citizenry—particularly the lower classes, among the least educated and most superstitious of Louis’s subjects—against the Huguenots.

With popular opinion behind them, the French clergy focused their attention on the king. His religious advisers argued that Huguenots were a threat to the realm and that France would be much stronger if everyone were Catholic. They lobbied strenuously that the law be reversed. Louis, who was very devout, did not need much convincing. The Sun King “is incredibly simple with regard to religious matters,” his sister-in-law, the Duchess of Orléans, explained in a letter to her aunt. “This arises from the fact that he has never learnt anything about religion, has never read the Bible, and thoroughly believes everything they tell him on this subject.”

And so, on October 22, 1685, Louis XIV signed a proclamation revoking the Edict of Nantes. In so doing, with a stroke of his quill, the Sun King deprived the entire Huguenot population of France, the vast majority of who were loyal and upstanding citizens, of their rights.

To ensure that his commands were implemented, the imperious Louis had his soldiers raid cities and towns all over France. Those Huguenots who were discovered and who refused to adjure their religion were arrested. Children were stripped from their parents; men were beaten and sent to the galleys, women forced into nunneries where they were systematically starved. The majority of French Catholics, indoctrinated with fear and believing that the Sun King was indeed protecting them from a potential evil, supported these measures.

The result was a mass exodus. Smuggling Huguenots out of France soon developed into a thriving business. For a price, children could be hidden in empty wine casks and loaded onto ships that sailed for Protestant England or Holland. Guides were bribed to lead skilled craftsmen, tradesmen, and merchants, often disguised as servants or peasants, over the border into Germany. Huguenots who happened to be traveling outside of France when Louis signed his decree were left in limbo, separated from their homes and families. In the year following the revocation of the Edict of Nantes, France lost an estimated 500,000 people.

And what was the result of this grand experiment in homogeneity, in allegedly protecting France from divisive and undesirable influences? Economic disaster. Shops closed, farmland went untended, business fled. Tax revenue declined, exports fell, inflation rose. “Never in my life have I seen such miserable times,” reported the Duchess of Orléans. “The common people are dying like flies. The mills have stopped working and many people have therefore died of hunger.”

Louis, as it turned out, had made his kingdom far weaker. His former Huguenot subjects took their skills, their work ethic, and their taxes to benefit and strengthen the competing realms of England, Germany, Holland, and even to remote locations, like that new colony called Pennsylvania. The vastly reduced revenues made it much more difficult for the royal treasury to fund the military. Huguenot soldiers, who had fought so loyally for Louis XIV in the past, now joined his enemy’s armies to fight against him. By the time of Louis’s death, France had been forced to surrender almost all of the territory that he had won so magnificently at the beginning of his reign.

He did, at least, leave his kingdom the standing monument of Versailles. In another policy that will not doubt resonate with President Trump, the French government, strapped for cash, is inviting bids from private companies to establish and run a hotel there.

Nancy Goldstone's books include The Rival Queens, The Maid and the Queen, Four Queens, and The Lady Queen. She has also coauthored five books with her husband, Lawrence Goldstone. She lives in Sagaponack, New York. 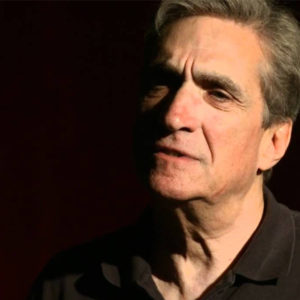 In the 30 Books in 30 Days series leading up to the March 16 announcement of the 2016 National Book Critics Circle...
© LitHub
Back to top