Finding Inspiration and Mystery in an Ancient French Valley

It began with a place and then with a taste, or rather an explosion of tastes, and then a sense of time, an awareness of rhythms stirring through a landscape in history, and then, finally, there was a tennis court. That is the map of the journey I trace back through 10, 15 years—when I began trying to tell stories and to write novels. But the place came first: the Vézère Valley in South-Western France, where my wife, Julia, found us a house because she thought that our two daughters, children of two endlessly traveling foreign correspondents needed a base they could think of as home.

We’d been living and working in Moscow, in Washington, in Brussels, and before that Julia and I had taken a year off and gone around the world together for 15 months before having children. In Moscow in the 1980s the story was great, but the food was so bad that visiting friends in the Vézère Valley, the heart of French cuisine, was like a sudden plunge into paradise.

It was less the fabled truffles and the foie gras than the strawberries and lettuces plucked from the vegetable garden, the tomatoes still warm from the sun, the eggs we collected from the henhouse each morning, the pâté and mushrooms we bought in the village market, and the baguettes still warm from the boulangerie. (I was charmed by the way that the nearby village of around 1,800 people had five bakeries, and people were fiercely loyal to the one they had chosen, going into mourning during those summer months when their preferred maker of croissants went on vacation and they had to make do with another.)

So that was where Julia found the house, and that was where I found the caves and the history and a sense of place defined at first over 17,000 years, which is when the Lascaux cave was painted, and then over 75,000 years, when we came across La Ferrassie. It is an abri, a rock shelter, too shallow to be called a cave, but this is the first place we know of where our ancestors buried their dead with ritual and respect. One of them was an old man, well into his fifties, disabled from some long-ago accident. He could not have hunted nor fended for himself. But the other Neanderthals took care of him for years and then buried him with the same care with which they buried their families and their children.

The prehistoric cave art of Lascaux took my breath away. I suddenly ditched any thought of the cave people as primitive or savage and accepted that these long-distant ancestors were artists with an aesthetic sensibility that we recognize at once as our own. I read about Picasso visiting the cave and emerging to pronounce, “We have met our masters—we’ve learned nothing in all these thousands of years.” The Abbé Breuil, a French scholar-cleric who became the high priest of the cave art of ancient people, called it, “the Sistine Chapel of prehistoric mankind.” That may be an understatement.

La Ferrassie, much older, stunned me in a different way for what it said about what it means to be human, to take care of one another, to lose those we love, to mark their passing. The landscape was still recognizably as it had been, woodlands and gentle valleys, rivers and waterfowl, foothills rising gently to the distant Massif Central, the high ground of ancient volcanoes at the heart of France. And the history flows on, to the old Temple of the Gauls at Vesunna, the amphitheatre and villas the Romans built, the river crossing that still bears the Arabic name from the armies marching from Spain into 8th-

century France, and the medieval castles of this frontier land of the Hundred Years War. There was almost more history than I could cope with, as neighbors told me of their youth in the resistance against the Nazis, of their brothers who died in concentration camps, of the Jewish children who were hidden and protected in these hills.

So this was place: the history, the landscape, the food, and the wine, and the war. And while my previous books had been about politics and history, about Gorbachev and American presidents and the Cold War, I felt the need to write a novel about Lascaux, the kind of society that might have produced this masterpiece, about their descendants in wartime. I wrote it and published it: The Caves of Perigord. But that wasn’t enough. I wanted to write more. At the local tennis club, I came across Pierrot.

He is our village policeman, and he spends much of his time teaching the local schoolkids to play rugby in winter and tennis in summer. He spent ten years in the French army but tries never to carry a gun. He knows everybody in our commune of 2,800 people, not just the children. He hunts with their fathers, danced with their mothers at their weddings, organized the burials of their grandparents, and arranges our parades and feasts to celebrate Bastille Day, the end of World War Two, and De Gaulle’s great call to arms over the radio from London in 1940—”France may have lost a battle; she has not yet lost a war.”

Most cops deal with victims and criminals who are strangers. Pierrot deals with people he knows, privy to family secrets and adulteries that others never suspect. And he cooks like an angel. Our Friday morning tennis games involve four, sometimes six men, no longer young, who play gentle doubles until noon when we shower in the clubhouse. This being France, it has a fine kitchen and a large room for dining. Pierrot brings eggs from his hens, lettuces and truffles from his garden, to make omelette aux truffes or sometimes cèpe mushrooms. The Baron brings beefsteaks. Stephane brings cheese and venison pâté that he makes himself. I bring wine, bread, and sometimes malt scotch. These lunches go lazily, contentedly on, and once, among the omelettes and the steaks and cheeses, I realized that I had a setting, a place, a history, and now with Pierrot, I had the idea for a character. All I needed was a plot.

So I began to write the Bruno novels, about a country policeman in the Vézère Valley who cooks and plays tennis and hates to arrest anyone and falls in love with strong and independent women who do not want to settle down and give him the children he is yearning to raise. (Pierrot, by contrast, is happily married with a fine son, now grown, whom I have known since his boyhood. Seventeen years ago, he first got onto the Internet with my old laptop, and now he uses much better computers to design parts of Airbus planes.)

Since my hero was a cop, the books became mysteries even in the placid French countryside, although the crimes usually take a modest place among the prehistoric caves and medieval castles, the food and wine and landscape of this fabulous region that the locals still call the Périgord, even though the French Revolution decided a mere two centuries ago that our département should be called the Dordogne. But my neighbors have never taken these Paris fads very seriously. Two centuries is not very long in a place where human beings have lived continuously for over 40,000 years.

Writing mysteries made me think about whatever ideas and lessons I’d absorbed as a boy in Britain in the 1950s and 60s, as a student in England and then in the US. First to mind were my grandfather’s copies of Sherlock Holmes, the sound of a hansom cab rattling down Baker Street and, it may be elementary, my dear Watson, but the game is afoot. There were my mother’s Agatha Christies, with dark deeds in a manor house that glowered over a pretty English village. There was the Scottish schoolmaster who was supposed to teach Shakespeare but who got me reading Raymond Chandler and told me to see every film with Humphrey Bogart.

There were the Ed McBain and Robert B. Parker stories, the Elmore Leonard and Tony Hillerman paperbacks that I’d read on long flights across America, the John le Carré, Robert Littell, and Charles McCarry yarns that I’d read on even longer flights across the Soviet Union. Until you think back, you never realize just how much you owe to the masters who shaped your sense of what a book could be, how it could open your eyes to a new world of characters that they made you care about, people who lived by different codes and followed strange rituals and were loyal to ideas and institutions that seemed strange at first and logical only later, once you had been seduced, recruited, and called to their colors.

Somewhere in our 38 years, so far, of marriage, my wife Julia got me reading Patricia Highsmith and Ruth Rendell, P.D. James and Dorothy Sayers. And since she is the kind of woman who takes cookery books to bed to read for pleasure, we found ourselves writing together a Bruno cookbook because of all the meals my hero prepares in the course of his investigations, from the communal roasts of wild boar at the hunting club cabin to singing the Marseillaise under your breath as the perfect way to time the grilling of a perfect steak. Pierrot taught me that.

Martin Walkeris a senior fellow of the Global Business Policy Council, a private think tank based in Washington, D.C. He is also editor in chief emeritus and international affairs columnist at United Press International. His previous novels in the Bruno series are Bruno, Chief of Police; The Dark Vineyard; Black Diamond; The Crowded Grave; The Devil’s Cave; The Resistance Man; The Children Return; and The Patriarch, all international best sellers. He lives in Washington, D.C., and the Dordogne. 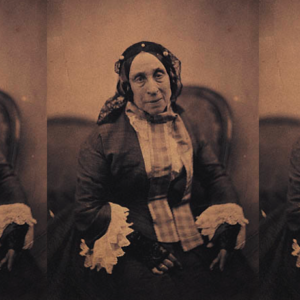