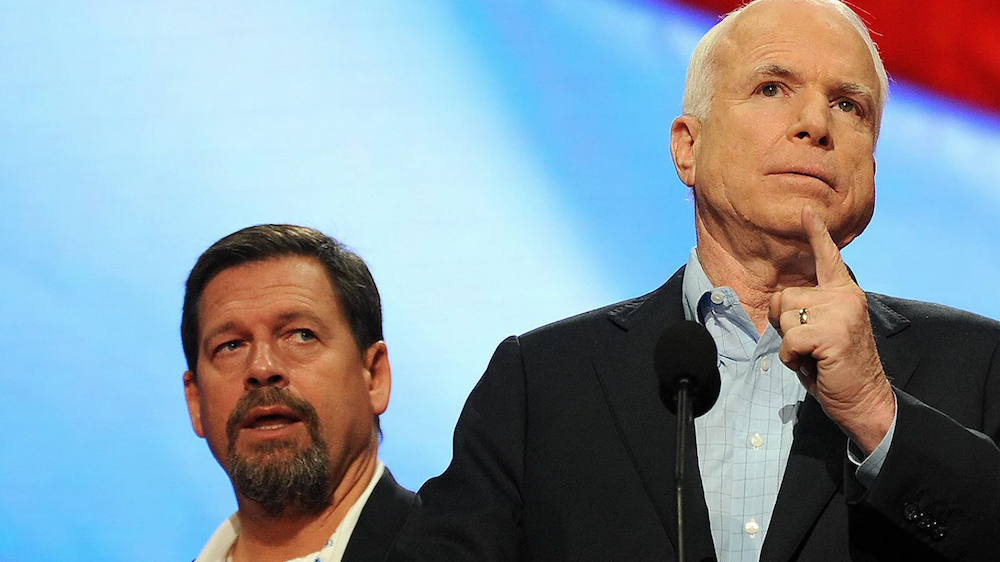 Mark Salter on Why the Republican Party’s Future Is Bleak

In this episode of Just the Right Book with Roxanne Coady, Mark Salter joins Roxanne to discuss his book The Luckiest Man: Life with John McCain and the Republican Party’s future after Donald Trump.

Roxanne Coady: On that subject of bailing out our allies and embracing the authoritarians out there, given what that sort of role for the United States had with McCain, what do you think it’s going to take to get that back? Is something permanently lost?

Mark Salter: In my own view, to an extent but in a very different way, I felt the previous administration was negligent overseas, but there was a benevolence behind it. We shouldn’t be dictating. Our allies may grumble sometimes about the heavy hand of American leadership, but what worries them most is when that hand is completely disappeared. And the hand got a little loose in the Obama administration.

Trump is an antagonist. That’s entirely different. When American leadership becomes an antagonist to you, that’s a very different thing. So the world has now had, in my opinion, eight years of not strong enough American leadership and four years of open hostility from the president of United States. Another four years of Trump, NATO won’t exist. I think the Europeans will form their own defense alliance without us, and it’ll be Europeans figuring out how to deal with the emergence of China and the aggressiveness of Putin’s Russia.

Eventually, Russia—they have one thing to sell: gas and oil, and a ton of corruption. Russia’s living in the twilight of its greatness. China is not, and that’s a major issue we’re going to have to manage. I can’t think of anybody less competent to do that and to rally our allies in some kind of unified-approach relationship with China than Donald Trump. He’s utterly incapable. You might as well ask a trained monkey at this point.

Mark Salter: There are certain things you should litigate, but the litigation takes too long and the politics move on. So, for instance, all those ignored subpoenas, you can go to court and try to enforce them from Congress. It’ll be litigated for months and years.

Roxanne Coady: But do you think there’ll be an appetite for rolling back executive power?

Mark Salter: I would hope so. There definitely might be an appetite on the Democratic side for that. There will be members of the Republican Party seeking leadership positions, running for president, who will try to do some version of Trump’s nativism, populism, his managed trade or protectionism. They’ll try to do some version of it without the crazy tweets and the obviously insecure childishness that Donald Trump exhibits so often. Josh Hawley, Tom Cotton. They’ll beat up immigrants. They’ll make cynical arguments about trade relationships. They’ll do all sorts of stuff that’s unpleasant, but they’ll try to do it in a way that’s recognizably normal and not insane. Then there’ll be others who will represent something else, I think. And there’ll be a battle, and it’ll probably go on for more than one election. Any party that plans to succeed by discouraging people from voting is not a party with a future.

Mark Salter: I hope there is a center-right party with a future in this country because I’m a center-right guy and I believe in it. You don’t want the most aggressive elements of the Democratic Party, in my viewpoint, to take over the great Democratic Party, because I think their ideas are kind of nutty at times. But having said that, I’m not optimistic about the Republican Party. Demographics are against it. We can’t go around doing all these things to tell people we really don’t like you, and we’re gonna try to stop you from voting, and we look at you as our adversaries—and exist. Sixty percent of the high school seniors in the state of Arizona today are Hispanic. They’ve got friends who are being deported. Those are searing events in the life of a child. They’re gonna remember that. They’re gonna remember who did that.

Texas looks like it might be a battleground this election, but in ten, fifteen years, it’s gonna be blue. And no Republican will ever win a presidential election again. We’ve got to change, and I hope we don’t spend a whole lot of time fighting back against the people who want to take us further down the direction that Donald Trump took us, just being more courteous on Twitter.

Mark Salter has collaborated with John McCain on all seven of their books, including The Restless Wave, Faith of My Fathers, Worth the Fighting For, Why Courage Matters, Character Is Destiny, Hard Call, and Thirteen Soldiers. He served on Senator McCain’s staff for eighteen years.

Against the Muse Myth: On Motherhood and the Writing Life 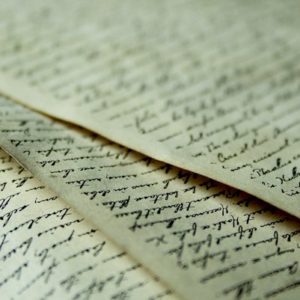 The political essay has never been a clearly defined genre. David Hume may have legitimated it in 1758 when he classified...
© LitHub
Back to top