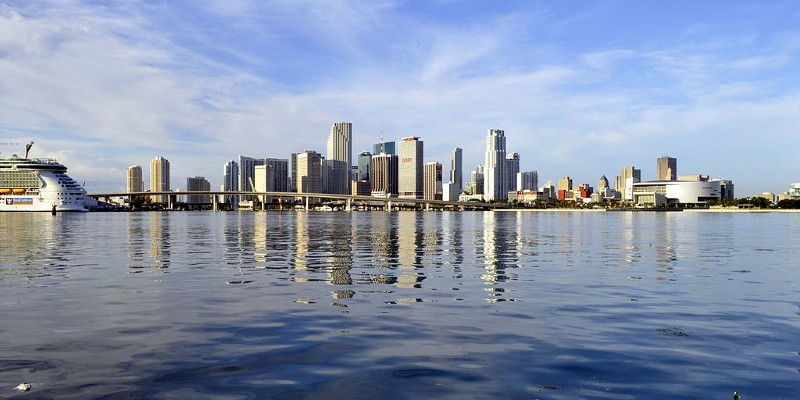 On today’s episode, Mario Alejandro Ariza, journalist and author of Disposable City: Miami’s Future on the Shores of Climate Catastrophe, discusses the inequality in Miami and how climate change affects it immensely.

Mario Alejandro Ariza: Well, if people don’t really start getting their act together locally and globally, then, doom is assured.

Andrew Keen: And what does doom mean? Will the city simply slip into the sea? Will it degenerate into civil war?

Mario Alejandro Ariza: So essentially, we here in South Florida just over the past couple of decades have gotten already four to five inches of sea level rise and we’re expected to get just as many more by the end of 2030. So this is a city that is going to get a lot of water very quickly, and if it doesn’t deal with that in an incredibly intelligent way and if the rest of the world also doesn’t stop pumping CO2 into the atmosphere at a rather quick rate, then eventually it’s going to be a little too tough for us to deal with all of the water that shows up. So the core of the Miami apocalypse is the rising sea level, which is a consequence of global warming and its impact on the urban reality of Miami’s existence.

Andrew Keen: It’s an urban existential crisis. Is that right?

Mario Alejandro Ariza: Yeah, that that would be accurate to describe it. … The issue in Miami is that sea level rise raises the temperature and all the other existing social ills that the city has either manufactured or failed to address, and when you also throw in the other effects of climate change, such as increased heat, more powerful and less frequent rainstorms … what you have is sort of like a perfect cocktail for increasing the already yawning gap between rich and poor in a city that has a pretty big gap between rich.

Andrew Keen: So in that sense, Miami and San Francisco and many of America’s other large cities are fairly alike.

Mario Alejandro Ariza: I would say that Miami’s inequality has a different visual presentation. While there is certainly an outsize amount of housed individuals in the downtown urban core of the city, Miami’s inequality takes the form of a vast group of individuals who are working poor. There is an incredibly vulnerable population here in terms of folks who aren’t making ends meet. Workers in the service industry have just lost their jobs. It’s a virus. And in addition, their homes, by and large, depending on what socioeconomic group or what ethnic group they belong to, could sit on either very low ground, which makes them very vulnerable to crime and other stresses. Or historically, if they’re part of the African-American community they’re being displaced from the high ground by developers.

So it’s not quite the same scenario where you’ve got your glitzy new multimillion dollar condo and then 30 or 40 people in the alley who don’t have a house. It’s much more that there is a large, vulnerable urban proletariat here that is barely making ends meet, that if a big hurricane hits or if the right conditions in terms of sea level rise and heat stress do occur, their immiseration is almost assured.
*

Mario Alejandro Ariza grew up in Santo Domingo and Miami, where he lives currently. His work has appeared in outlets such as The Atlantic, The Believer, the Miami New Times, and The New Tropic. He is featured in Sinking Cities, a PBS documentary series on the threat of climate change. 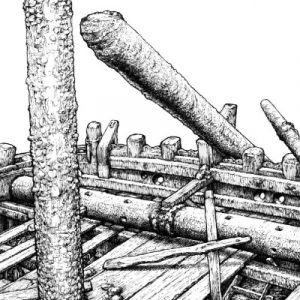