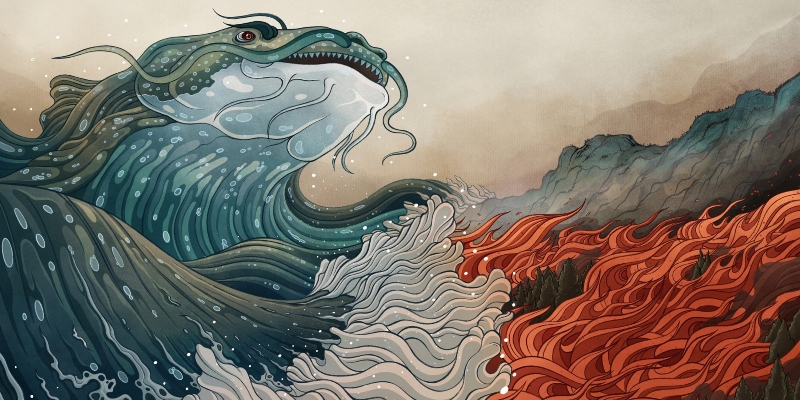 Whenever an earthquake strikes Japan, the myth of the giant catfish Ōnamazu reminds people that the living world is full of complex meaning. In the face of repeated natural disasters, Marie Mutsuki Mockett looks to her mother’s homeland to recall stories that could change our relationship with what we call “nature.”

Marie Mutsuki Mockett is the author of American Harvest: God, Country, and Farming in the Heartland, a finalist for the Lukas Prize for Nonfiction. Her memoir, Where the Dead Pause, and the Japanese Say Goodbye, was a New York Times Editors’ Choice, a Finalist for the 2016 Pen Open Book Award, and a Finalist for the Indies Choice Best Book for Adult Nonfiction for 2016. She has written for The New York Times, Salon, National Geographic, and Glamour and has been a guest on The World, Talk of the Nation, and All Things Considered on NPR. She teaches fiction and nonfiction at the Rainier Writing Workshop in Tacoma, Washington.

Jason Lyon is a UK-based illustrator from China with a primary focus on editorial illustration. His surrealist work blends elements from nature with current subject matter. Jason has been recognized by the World Illustration Awards and 3×3 Magazine. His clients include: Quanta Magazine, Runner’s World UK, Politico Europe, and The Telegraph Magazine. 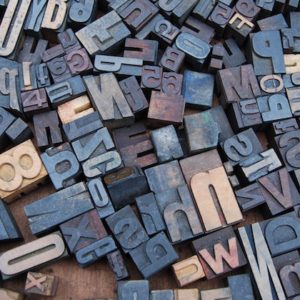 My mother arrived in Tuluá, Colombia, from Europe in 1936. She was four years old then, and at that point she stopped speaking...
© LitHub
Back to top