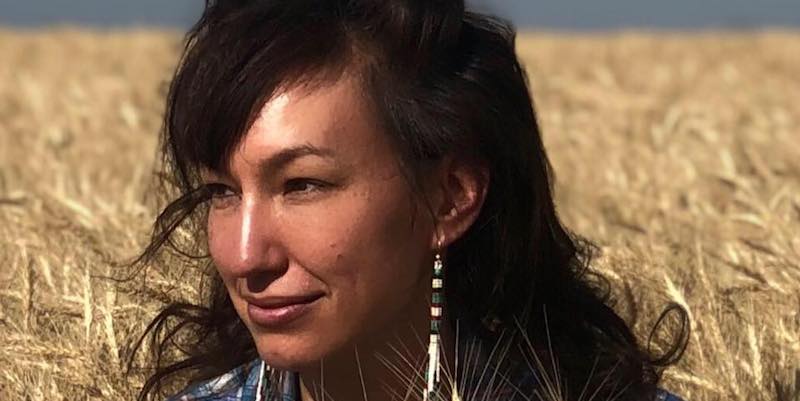 This week on First Draft, Marie Mutsuki Mockett joins Mitzi to discuss her book, American Harvest: God, Country, and Farming in the Heartland, out now from Graywolf Press.

Mitzi Rapkin: So once you got on the road, I’m not sure what you thought you would be exploring when you started to write this book, but what comes up are so many issues of faith versus not having a faith—or at least a religion, a very old indoctrinated religion, versus not having a religion or God versus not believing in God. Because you have Japanese heritage, it was white versus people of color, and city versus country and probably underlying it was Democrat versus Republican or conservative versus liberal. Did you know you would find that?

Marie Mutsuki Mockett: I did not know that I would be exploring race to the degree that I did in the book. I naively thought that I would write a book about farming and about harvesters and about farmers, and that I would be the sort of impartial, objective journalist. And in my mind, I was thinking, you know that I would like to be the white guy who goes into some environment, observes it, and writes a story. The problem I kept running into is that people kept interacting with me, and that I didn’t have this ability to sort of fade into the background. I kept looking out of place.

And it became particularly uncomfortable for me when I was mistaken for being a Native American. And then the Native Americans thought I was a Native American. So, this was not the sort of objective fade into the background, journalist experience—and all of that became part of the story. And then I had to really investigate what is the history of race in this part of the country. That was a really big surprise. I knew that I was entering into a far more Christian environment than I had ever been in in my life. We went to church every Sunday, but I didn’t know what I would find.

I would go to the church in the beginning, and we went to different churches all the time. We were always moving. We were always going to different churches in different denominations. What I didn’t know was if I would have an experience that made sense, or that was remotely meaningful. I mean, I had in my mind the question of what is Christianity? And is there something about it that’s going to be meaningful to me? Am I going to understand something about why it has been so important throughout history? There was no guarantee that I would have any experience that would make any sense to me in that way. So that was really unknown.

In the book that really happens in Oklahoma. I get invited to a Mennonite Church where they sing in four-part harmony. It was a kind of a plain church in the sense that it wasn’t highly decorated. But it had a very literate, very smart, articulate pastor whose sermon that day was really interesting to me and was sort of the start of me thinking, oh, there’s something to church that even I can get something out of, which was kind of exciting to me because you have this phenomenon of Christianity, and I didn’t understand it. And I wanted to. So, I was really pleased when I did.

I mostly tried to stay open to this experience and not carry any of my baggage in or any prescriptive narratives of what was happening, you know, this was a world I didn’t understand. And I thought my job was to go in and to try to understand it as best I could.

Mitzi Rapkin: As you got into their culture, you went to church with them, you went to lots of different types of churches. You went to church in people’s homes, you went to mega churches, you went to more conservative churches, or at least churches have more conservative sermons. And you also found moments where you felt like really off and like what they were doing was dampening intellectualism or making you feel like that’s not okay. But you also had moments in a megachurch, for example, where you sang, and you came out in tears. So, you really had a spectrum of feeling. It wasn’t like, I don’t like church. It was so individual based on the experiences you had at each one.

Marie Mutsuki Mockett: Yeah, absolutely. And it’s funny because one of the major characters in the book is Justin, who’s 23, who is Eric’s son, and who has been to college and he’s going to college during the time that the narrative takes place in the book. And Justin had thought he was going to become a pastor, and then decided when he was a teenager that he was not going to become a pastor and had a major crisis of faith. He was almost like this tour guide who was trying to explain this foreign world to me and so he would say when we left the mega church, Well, you know, that was a seeker sermon. That kind of sermon was designed to get the interest of someone like you. It’s all designed to make you feel interested in going to the church and then to explore the church further through these other side classes or meetings that exist.

And we would go to another church, and then I would say, I didn’t understand that. And he would say, Well, that’s because you’re used to the seeker sermon, which is a sermon that’s a pitch to get the interest of someone like you. The sermon you heard today is for people who have already bought into the whole thing… I understand it, and you don’t understand it because I know what everything in that sermon actually meant.

So, I was really lucky because he was explaining to me what was happening. At the same time, I would sometimes have a new experience or hear something in a way that struck me that that was kind of new for me, that would then give him a chance to hear something again for the first time. Normally we think of that kind of experience taking place like in a foreign country, but it was really moving to me that this was happening in my own country and kind of a lesson in how little I knew about the United States.

Marie Mutsuki Mockett was born and raised in California to a Japanese mother and American father, and graduated from Columbia University with a degree in East Asian Languages and Civilizations. Her books include American Harvest, Where the Dead Pause and the Japanese Say Goodbye, and Picking Bones from Ash.

Crystal Wilkinson on How We Live, Die, and Love 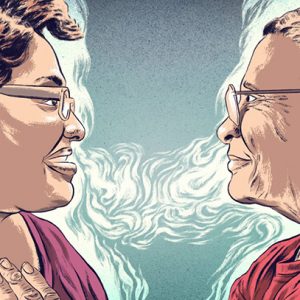 Crystal Wilkinson on How We Live, Die, and Love