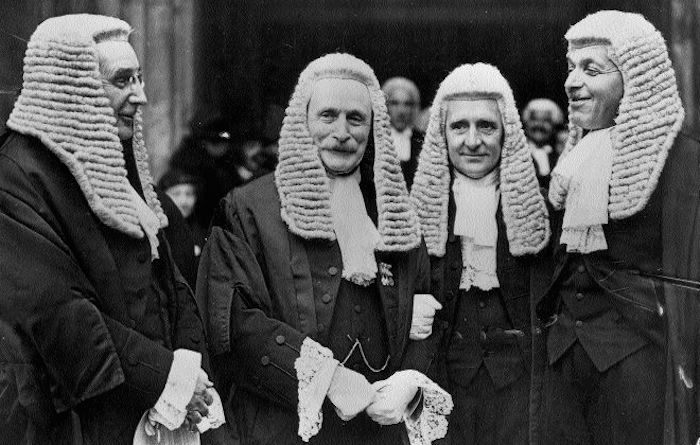 A Letter from London, as the Booker Looms

Now in its 47th year, the stakes for the Man Booker Prize have never been higher. The ritual paring down from long to shortlist seldom fails to draw speculation and critique, with the Guardian and others in recent years running open forums for readers to offer their predictions. And with entries open to writers beyond the UK and Commonwealth for the second year, eyes have been anxiously watching the balance of the list, with British eyebrows twitching in particular at the thought of a US invasion.

And yet, despite the rumblings of a new era of American domination, it has not come to pass as some predicted. For starters two of the six are Brits: Tom McCarthy who is the sole returning shortlistee for Satin Island—a digressive foray into the mind of a corporation’s in-house anthropologist—and Sunjeev Sahota, for his second novel, The Year of the Runaways—which illuminates the lives of Indian migrants making ends meet in Sheffield.

Though four of the six are indeed resident in the US, they include the first ever Jamaican born author to make the shortlist, Marlon James, for his novel A Brief History of Seven Killings, which captures the violent aftermath of Bob Marley’s attempted assassination, and a debut novel from a 28-year-old Nigerian, Chigozie Obioma, which subtly charts a family’s quest to follow a folk prophecy at whatever cost, against a backdrop of 1990s military rule in Nigeria.

Alongside these entries, come the Americans: Anne Tyler’s A Spool of Blue Thread, a minor-key excavation of family life in Baltimore (the best-seller on the list so far), and Hanya Yanagihara’s much talked-about second novel A Little Life, the longest on the list, which chronicles the traumatic friendships of four male friends in New York.

And what has the reaction to the list been? The Guardian’s Alex Clark gave me her view: “This year’s shortlist—the second in which the prize has been open to American authors—is strikingly diverse; not merely in terms of the writers themselves, but in the kinds of books they’ve written. You could hardly, for example, think of two more different novels than Satin Island and A Brief History of Seven Killings, and that a writer such as Anne Tyler, who has refined her fictional project over the course of a long career, also makes an appearance, is genuinely interesting. I am still bewildered at the absence of Anne Enright, whose novel The Green Road is the finest I’ve read this year, but I would be delighted if Sunjeev Sahota’s The Year of the Runaways won on the night—and I think it might.”

The list’s diversity, as Clark defines it here, has been widely noted, with the chair of the judges himself Michael Wood even highlighting in his announcement of the list: “were not looking for diversity” but “were slightly relieved the diversity was there.” So what were they looking for then, and how to we make sense of the absence of favorites like Enright? For an insight into the judging process I asked one of last year’s judges, Sarah Churchwell, author and Chair in Public Understanding of the Humanities at the University of London’s School of Advanced Studies: “It’s a funny thing about judging the Man Booker—from the outsider’s perspective, it’s all about the authors. Which big names made it, which were ‘snubbed’? But from the internal perspective of the judges, it’s all about the books, and the judging panel. You are not making decisions alone, and this is central to the outcome. It isn’t the cynical horse-trading people think, at least it wasn’t in my year. But it was certainly about group dynamics—about which personalities are forceful, persuasive, about social power structures, about which books judges are prepared to go to the wall for, and which ones they aren’t.” This focus on the book itself clearly makes sense, after all the Booker has categories for an author’s whole shelf of achievements. It also runs against the stories of judges’ meetings which have passed into the prize’s mythology, of judges threatening to jump out of windows if their favorite didn’t scoop the prize.

So what’s it actually like to be judging the prize at this stage of play? Churchwell says: “It’s about gauging probabilities—it has to be. It’s all a kind of chess game against five others (in our year) who are sometimes your teammates and sometimes your opponents. All of this is by way of saying that my experience as a judge taught me that there is no such thing as an uninteresting shortlist, because of the variety of judgments that have gone into making one up: there is never unanimity, and so the whole process is fluent, protean, variegated, hard to pin down even for those involved in it (which is why I think it hilarious that bookies and gamblers think they can “scientifically” work out which book is likely to win. Nonsense. Some of the guesses by definition will be right, but almost certainly for the wrong reasons).”

So what can we say, if anything, Booker judges are consistently looking for? Evidently each judge brings their own predilections, but one thing appears to remain constant—each shortlisted book has to respond well to being reread. As Churchwell tells me, “It’s also worth remembering that every book on the shortlist has been read by five people twice in a row within six months, which is a strange kind of pressure to put any book under, and rewards certain types of novels over others.”

The shortlisted writers will come together to read from their shortlisted novels in the Royal Festival Hall as part of London Literature Festival on October 12th, with the winner announced the following day. The judges, who alongside chair Michael Wood are Ellah Allfrey, journalist and Deputy Chair of the Council of the Caine Prize; John Burnside, prize-winning poet; Sam Leith, author and literary editor at The Spectator and Frances Osborne, author and biographer, will decide on that morning which—in their minds—stands up best to a second reading.

Ted Hodgkinson is a literature advisor at the British Council, a former online editor at Granta, and a frequent contributor to the Times Literary Supplement and the Literary Review.

Part of Our Lives: A People's History of the American Public Library 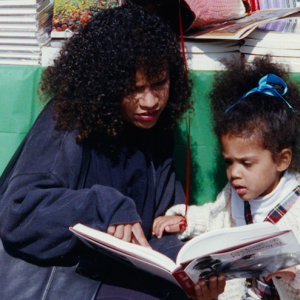 When I was a young girl I went to the Michigan State Fair for the first time, and suddenly my world was bigger. I saw my first...
© LitHub
Back to top