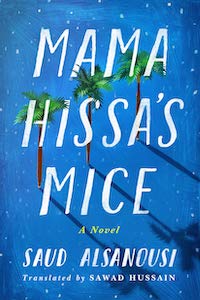 The following is excerpted from Saud Alsanousi's novel, translated by Sawad Hussain. Saud Alsanousi is a Kuwaiti novelist and journalist. His first novel The Prisoner of Mirrors was published in 2010 and won the prestigious Laila al-Othman Prize. In 2011, his short story "The Bonsai and the Old Man" won a competition organized by Al-Arabi magazine and BBC Arabic. Sawad Hussain is an Arabic translator and litterateur who is passionate about all things related to Arab culture, history, and literature.

If my mother began her sentence with “By God,”  that meant it was a divine decree. I was seven years old when Dad gifted me my first bike for good grades. Mom forbid me from riding it in our courtyard during the afternoon. She was worried about the high temperature, which sometimes soared to over 120 degrees. That’s what she used to say anyway.

Mom had changed. Dad used to lightheartedly describe her as “the principal at school and at home.” But she had become anxious, trembling whenever the wind beat against the courtyard’s iron door, its echo sailing down the street. She would yelp if one of the neighborhood boys set off firecrackers to celebrate a soccer victory, or for some other reason, or for no reason at all. She’d be glued to the TV for hours, nervously anticipating what the news would bring. In the course of one day alone, she would call Dad ten times. She would bite her fingernails, mumble, wipe away her tears when no one was looking. This is what my mom was like after the 1985 café bombings, one month before I got that bike. Our elderly neighbor had been among the victims.

“He left his house and never came back,” Mom said. She bawled over him for a week. “The poor guy’s dead.”

After my father had given me the bike, I would wait for my parents to wake up from their afternoon nap so I could get the house key from them and go outside for a ride. One afternoon I knocked on their shut door.

“What?” Mom barked after my repeated knocking.

“When the sun sets,” said her voice, heavy, laced with sleep.

I brought my lips closer to the keyhole. I promised her I wouldn’t ride it beyond the courtyard wall. She didn’t answer. I went back to my room and looked out the window at the reason for my house arrest. The sun was always relentless, beating down on us whenever I wanted to go out. I looked at its bright face with half-slit eyes—it didn’t budge! I knew the sun was just an excuse, and that Mom was scared about me going outside while she slept—that I would fall prey to an accident like our neighbor, never to return, even though the bombed-out café was far away, toward the sea; even though trying to ride there on my bike would be a fool’s errand.

I turned my back to the window. I sat on the floor, playing with VHS cases. Nothing held my interest, not the cartoon movies or the children’s series I knew by heart. I ignored Mickey Mouse on the small TV screen and built towers out of the videotape cases, with tunnels running in between them. I grabbed my Hulk Hogan action figure and tucked him inside the makeshift city before swiftly crashing it down on his head. Whenever I was bored or upset, I built cities simply to knock them down on the unsuspecting heads of my action figures and plastic animals. Minutes crawled by like hours. I went back to staring out the window. Everything was moving in the sky: tufts of clouds, starlings, pigeons, the tail of the blue kite caught in the neighbor’s thorny tree. But the sun stood still. In our neighbor’s yard, I caught sight of Fahd. He was holding a tennis-sized ball, bent over collecting stones—perhaps preparing for a game of anbar with the other kids on our street. In another part of the courtyard, Sadiq cracked an egg on the metal sewer cover, watching it slowly fry, sizzling on the sunbaked surface.

I left my room and went back toward my parents’ room. I knocked on the door again.

“Uff!” was her muffled response.

I pressed my ear to the door. Her voice slipped through the wood, surging with the hum of the General Electric air conditioner, as if she were stuffed inside a seashell.

Gripped with fear, I nearly swallowed my next question. I knew her only too well.

“You better watch yourself if you ask me about that bike while I’m sleeping,” she threatened. “By God who raised the heavens, if you ask me one more time, you’ll never ride it again! Wait till the sun sets!”

Some minutes passed. I stood frozen in front of the door. Gripped with fear, I nearly swallowed my next question. I knew her only too well. When she swore by God, that was it: He’d signed and sealed it, and for her, there was no coming back from that—ever.

But my patience with that unblinking sun had worn thin. I went right back to knocking.

“Now what?” she shouted.

My dad’s laughter rumbled from behind the door. I heard their bed creaking.

“No chance of sleep. Nope, no sleeping here,” I heard her mumble, exasperated.

She yanked open the door and looked at me, her eyes swollen; a tight smile played across her lips in spite of herself. “You sure are good at asking questions. Here.”

She held out her palm. On it sat the key.

River Nomads, Liveaboards, Canal-Dwellers and Other People of the Water 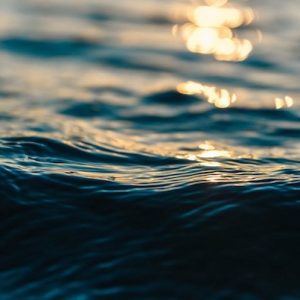 River Nomads, Liveaboards, Canal-Dwellers and Other People of the Water Water-dwelling communities come in all shapes and sizes, molded by the coastline, the climate, and the culture surrounding...
© LitHub
Back to top