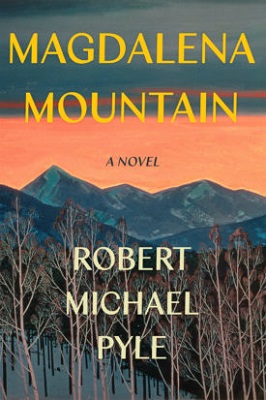 The following is from Robert Michael Pyle's novel, Magdalena Mountain. Three Magdalenas—a woman, a mountain, and an elusive alpine butterfly—form the center of this novel set in the Colorado Rocky Mountains wilderness. Robert Michael Pyle has a Ph.D. in butterfly ecology from Yale University and has written 22 books. His honors include a Guggenheim Fellowship and the National Outdoor Book Award. Magdalena Mountain is his first novel.

On Magdalena Mountain, at the base of certain boulders, the winter forage of little rock rabbits, called pikas, lies curing in the sun. Its summer green turns to the gold of haystacks. Vigilant on the rocks above, a mother pika looks grayish-tan in the shade; then, dashing into a sunbeam, her fur at its thickest and richest, she shines like her own gathered hay.

Atop another rock, a marmot basks. Unlike the winter-wakeful pika, this old boar of a marmot will hibernate deeply for months. His fat wobbles as he scrambles rock to rock with the shifting sun. As if to store a little more warmth to get him through the long night of winter, he boulder-basks throughout the long, sunny hours of September, then eats and eats some more. He plucks a paintbrush, consumes it with a few moves of his split lips and big yellow teeth, then goes for a columbine. Over inches of stored fat, his inch of chestnut and chinchilla pelt glimmers in the sunshine until the coming chill drives him and his kind understone for half a year or more.

The talus grows harsher by the night. Tough life dwells there by using the very rocks that make the place seem barren. That butterball marmot knows of a holt deep beneath the coming rime. That pika may be just a short-eared, hay-grazing boulder bunny, but she can move through the catacombs of granite at will, wandering through winter from one side of the pile to another without ever coming to the surface, safe from snow and ice and blowing, shearing wind.

Ptarmigan and rosy finches cling to the violent hide of the arctic-alpine year-round, dropping downhill only when snow forces winter birds to work the edges of the rockslides, the buried branches of the snow willows. Now, their nests only dim memories, the half-white ptarmigan nicker among the willow hems and the finches forage for early seeds and late insects. A ptarmigan fledgling, as big as its mother, makes a dash at a grasshopper, startling the sentry pika into calling Geek!

“Even the rocks seem to close ranks, preparing for the storms, whose unblunted breath only they can withstand, and even then not unscathed.”

Though the rocks make a harsh home, these and others live here well enough, knowing and needing none but its cold and stony comforts. Many others, swarming in the sun and freezing in the chill, cannot summon the rush of warm blood to keep them from the coming cold. A bumblebee alights on an owl clover, and as a cloud covers the sun, she shivers, making a little body heat. But most of the alpine insects rely strictly on the sun to make their muscles work. For these cold-blooded ones, autumn brings death, or dormancy. That grasshopper escaped the clumsy chick only to freeze some night soon. Unless the fliers, crawlers, and spinners have antifreeze, and many do, their season of life is closing in fast. Everything is about to change.

On Magdalena Mountain, the onset of autumn is palpable. Marmots bask, feed, grow fat and somnolent. Pikas, never more awake, harrow their clippings to cure in the late sun, then store the sweet haystacks in clefts within the castle walls. Ptarmigan are getting whitewashed along with the varying hares downslope: brown feathers and fur are falling out, to be replaced by white. Most of the other birds skedaddle downhill or down south. Even the rocks seem to close ranks, preparing for the storms, whose unblunted breath only they can withstand, and even then not unscathed.

By late August, most of the butterflies have died on Magdalena Mountain. They have left behind living legacies in various forms, but seldom in their own image. The rockslide checkerspot caterpillar has settled for the winter in a naked, hanging chrysalis in which the most marvelous changes will take place while the world about it sleeps. The lustrous copper has left her eggs, like jeweled pincushions, among rosettes of alpine sorrel. The plant will die back, but then come on again in spring, when the eggs hatch.

The butterfly that bears the mountain’s name, the Magdalena alpine, spends its winters as a tiny caterpillar. The first adults emerged from their pupae in early summer, mated, and laid their eggs near clumps of grass among the boulders of the talus or in steep, broken meadows beside the rockslides. These eggs hatched while the autumn sun still shed life onto the alpage. The larvae took their first meal from their own eggshells, the next of tender, new-growth grass or sedge. A few more feedings, maybe a molt when their skins grew taut, and they ceased grazing. Crawling down among the very rootstocks of the grass clumps, the larvae spun loose, individual tents of dead grass and silk and there went to sleep, or something like it, snug within the blanket of the alpine turf.

Of one particular female’s hundred eggs, ten fed ants or other foragers right off. After they hatched, twenty-six of the baby caterpillars went to spiders, beetles, and such. The rest made it to hibernation. Several settled in near their point of nascence and there perished when the mother pika harvested their grass clumps—some to eat, some to dry—on her penultimate foraging trip of the year. But one of the siblings feels a walkabout urge prior to settling down, saving him from that fate. This creature, called Erebia for his genus, wanders many times his body length. A chance left turn at a lichened cobble keeps him from a lethal head-on with a ground beetle. Finally he pauses in a tussock at the base of a great boulder, hunkers in, and shuts down but for a flicker of life in his dormant cells.

Come morning, snow covers the talus. It has fallen before, even during midsummer, but it never lasted. This time it sticks to the rocks, fills exposed clefts, and blows about with the fierceness of Boreas making Mehitabel dance, more with each new day. Clicking ptarmigan dive into powder downslope, followed by the rock-roosting ravens. Marmots sleep hard. Pikas, their rock-top vigils finished for now, curl among their faded haystacks deep beneath the glazed surface of the roof stones.

This one alpine caterpillar, Erebia, moves not at all. A minute tube of life, he sleeps on as the world of Magdalena Mountain freezes, solid and pale. 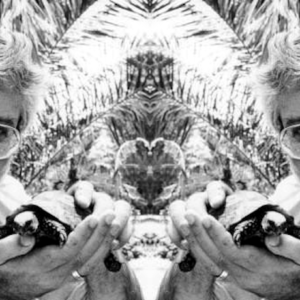 Lit Hub Daily: August 28, 2018 When the swamp won’t drain and the fires rage on: Rebecca Solnit on why the President must be impeached. | Lit...
© LitHub
Back to top