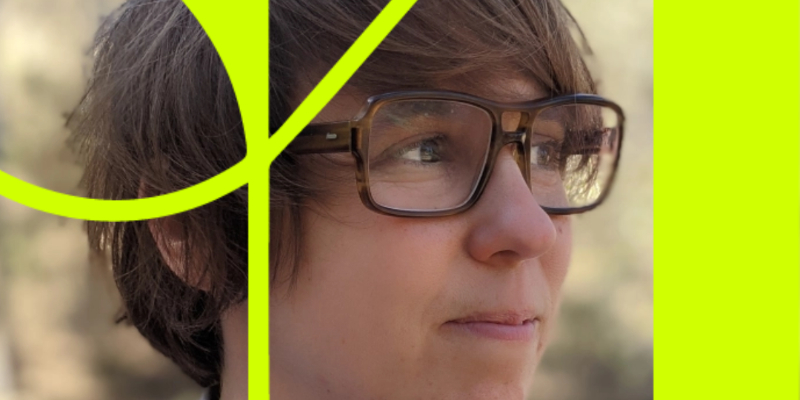 In this episode, Jordan talks with Lydia Conklin about bucking the conventions of queer storytelling, how a childhood Oregon Trail reenactment led to one of the most memorable stories in Rainbow Rainbow, and the excitement of making big moves in life and art.

Jordan Kisner: Given that this is a collection of stories with all queer protagonists all undergoing some form of transition moment, I’m curious if you have opinions about the way transition is written in queer literature, fictional or non-fictional. It feels like the transition is an important and often visited plot point in queer fiction one way or another. I’m curious if you have opinions about how it’s done, or goals about how you want to do it.

Lydia Conklin: That’s such a great question. I mean, one thing that had frustrated me with the past of queers and the media was this very stark tale of coming out. This one kind of journey which, when I encountered the journey of a trans person early on, I was like, Oh, that’s not me! Because it was always over and over this one story of certain interventions and realizations at certain moments that didn’t line up with my experience. I felt left out and like I couldn’t see myself. And then it felt like it took me longer to get to realizations about myself because of how things were portrayed in the media. hat may be the most common journey, and it’s obviously one that deserves to be told, but there just wasn’t enough diversity of experiences in that way.

And then also the story of coming out, say, for a queer person, is often told in this heroic way, and then you come out and all is fine, and the queer person kind of has to be morally untouchable and perfect, or else people are frustrated and like, Oh, this is a bad representation. I really wanted in this book to have the transitional moment be there, but be messy and have nuance and have people be doing it wrong and acting in disorganized ways and acting in regrettable ways.

For example, at the end of “Laramie Time” there’s a moment which I won’t say, but Leigh does something that’s pretty bad and is going to have bad consequences for her relationships. But it’s a survival decision and it gets her out of this relationship that she’s been stuck in. It’s kind of the only thing she can manage to do to extricate herself from the situation. And that’s just a more realistic way that queer people act because we are walking around with all kinds of trauma, and the struggle is real. So it’s just not realistic to me that there’s this heroic, linear path of either transition or coming out, or that those are even the moments that are the only things that define a life. So that’s why the transition moment or the coming out moment is not the only—or even sometimes the main—trajectory of the character’s lives.

Jordan Kisner: Right. And sometimes the real moments of change or the pivotal moments are elsewhere in their lives or in their stories.

Lydia Conklin is an Assistant Professor of Fiction at Vanderbilt University. Previously they were the Helen Zell Visiting Professor in Fiction at the University of Michigan. They’ve received a Stegner Fellowship in Fiction at Stanford University, a Rona Jaffe Writer’s Award, three Pushcart Prizes, a grant from the Elizabeth George Foundation, a Creative & Performing Arts Fulbright to Poland, work-study and tuition scholarships from Bread Loaf, and fellowships from MacDowell, Yaddo, Djerassi, Hedgebrook, the James Merrill House, the Vermont Studio Center, VCCA, Millay, Jentel, Lighthouse Works, Brush Creek, the Santa Fe Art Institute, Caldera, the Sitka Center, and Harvard University, among others. They were the 2015-2017 Creative Writing Fellow in fiction at Emory University. Their fiction has appeared in Tin House, American Short Fiction, The Southern Review, The Gettysburg Review, and elsewhere, and is forthcoming from The Paris Review. They have drawn graphic fiction for Lenny Letter, Drunken Boat, and the Steppenwolf Theater in Chicago and cartoons for The New Yorker and Narrative Magazine. Their story collection, Rainbow Rainbow

, was published in June 2022 by Catapult in the US and Scribner in the UK.
Jordan KisnerLit Hub RadioLydia ConklinpodcastsRainbow RainbowThresholds
Share: 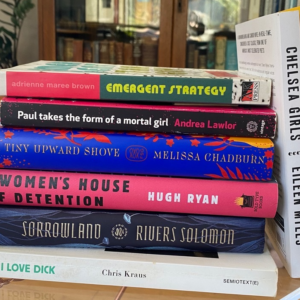 Chris Belcher’s memoir Pretty Baby (out this week from Simon & Schuster) lays out a life not so much complicated by identity...
© LitHub
Back to top