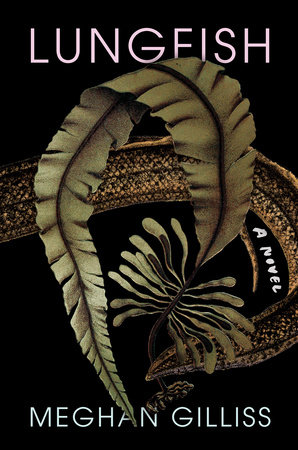 The following is from Meghan Gilliss' debut novel Lungfish. Gilliss attended the Bennington Writing Seminars and is a fellow of the Hewnoaks Artist Residency. She has worked as a journalist, a bookseller, a librarian, and a hospital worker, and lives in Portland, Maine.

It was Paul’s idea to come here. He knew I would. And not just to get away from whatever was wrong in Pittsburgh—the gaps in his presence I couldn’t make sense of, more and more of them since the birth of Agnes, into whom I was able to disappear, in return, with shocking ease. My hunger.

I considered another woman. A co-worker, if I had to guess. I hoped it would stop. I didn’t know how to ask him without sounding horrible, without hating myself, without making everything worse. I couldn’t imagine anything I wanted to be less than a new mother with a husband who’d moved on.

And part of me really didn’t believe he could do it. Part of me believed the things he said. They were the things he had always said, that had made me love him—there were just so many more of them now. He missed dinner because he’d rescued a bird, a little starling, a trash bird, that flew into his office window—drove it out to a raptor rescue, in the country. He didn’t call at lunch because he’d walked with a dementia patient he encountered on the sidewalk, and talked with her about her son, the lawyer, who was just then at his first day of kindergarten, who she worried about because he was so much smaller than the other boys, until someone from her home came and picked her up—he’d suspected something was off because she had asked him to refill her water, and held up one of those tiny paper cups for pills. I can’t wait to love you when you’re like that, he said to me. He missed bedtime because he’d given a co-worker a ride home, blew two tires passing the place where the new detention center was being built, and sat with the tow truck driver an extra hour in the cab while the man asked Paul if he’d done the right thing, keeping his child who had spinal muscular atrophy. He had seven children already, and life was tough. This last child, as much as he loved her— maybe even more than the others—just might be the thing that destroyed them.

But really, Paul had never slept with someone he didn’t love.

He knew I would come here because it’s my favorite place, and I might never be able to come again.

My grandmother’s ashes had been in the wall for a week when he brought it up.

What about your job? I said. Our lease?

You’re unhappy. I miss you.

To which there might have been a wiser response than joy.

And hope. And agreeing it made sense to sell our belongings and take only what would fit in the car.

Her cheek was pressed against the warm wood of the porch. Next to us was the crisp-edged feather I’d run up and down her spine until I was sure she was dreaming. A year earlier, there’d been no freckles on her back. Now there were three, clustered by her shoulder blade. There was also one on the bridge of her nose, and one on the soft skin just beneath her eye. We’d been on the island two days.

What I was still not used to was so much afternoon sun on the porch, such openness right in front of the house. I’d been here the summer the big trees—the tall, straight cedars—were brought down, but not since.

Earlier, in bed, Paul had leaned over to kiss my forehead, perfunctory, before I’d woken up, and it was his shadow I registered first, as it moved over me, then his voice, telling me he was going ashore.

In the car, driving here, state after state, we’d talked about what we wanted. What time we could get on the island, a new job for him, then a little place in the country, the way I liked. Life in balance again. His eyes scanned the edge of the highway for exits.

The fields stretched on. An Amish boy walked a horse toward a barn. The silence widened. Paul had forgotten me. I climbed into the back seat to entertain Agnes, scooting aside the duffel bag containing all that was hers in the world.

Agnes was in dreamland. The feather was banded—an osprey’s, brown and white. I watched the two nest mates above the trees, down toward the eastern shoreline. They were riding the currents, slow arcs out over the water and back; they didn’t seem to be looking for much, not really, just practicing their flight. I picked up the feather and brought it down, turned the rachis a dial and brought it down again—this time I could feel the resistance.

It was noon and there was time in that sun.

Two days earlier, when we arrived, there were cool ashes in the woodstove. Her canvas sneakers—two small, rough holes carved out by the jut of her biggest toes, by her thick, untended toenails—perched on a chair beside it. A porcelain cup with a dried amber ring at its bottom sitting in the enamel basin of the sink; I picked it up and smelled the brandy. A kettle half full of cold water on the stove. A single familiar hand towel—yellow, a pattern of blue irises—out on the line, a few others in the grass where they’d blown. Gas in the generator tank. Some dry beans and a few cans of brown molasses bread in the pantry, a knifelike loaf of sourdough on the table. A wedge of cheese in the fridge, hard and yellow along its edges. A single enormous pickle. A wilted sprig of dill in a cup of half-evaporated water on the windowsill behind the sink; the glass cloudy and green where the water had been. Her body had been moved by water ambulance. It was hard to imagine strangers in her bedroom, anyone here who wasn’t one of us. But someone had pulled the quilt back up over the pillows once her body was removed from the bed, someone had run their hand over the cotton batting until it lay flat and smooth.

I’d turned the knob on the stove, smelled the propane, and struck a match. I found a box of black tea, Twinings, in the cabinet. I used the water my grandmother had last brought to boil.

A catch: Upon arrival, the dory had been on its island mooring, a possibility we’d considered, but hoped against. But it made sense—the ambulance had fetched her body. She hadn’t rushed herself ashore, to be saved at some hospital. She died on a Monday. Was found on Wednesday. In her pillbox, on the bathroom countertop, were pills from W, Th, F, Sa, Su, and M. Only the little lid of T was unfastened, its corresponding box empty. The last ones to make it down her throat. Six days of lids clasped shut.

Paul stripped down and swam from the mainland dock through the frigid water to the dinghy, on its mooring there, the only one, his weight nearly tipping the little boat as he clambered into it. He came back for his clothes. Heart stopped for a minute there, he said, hopping on one foot, then the other, getting back into his pants. This was fun. I pointed again to the island that was ours—the long low profile of it about two miles out, the hump of raised ground at its center. He rowed while Agnes and I walked the beach and dipped our toes in the water, me recoiling, Agnes pulling me farther in, our boxy old Volvo crammed with belongings at the top of the hill behind us, and watched small waves displace shiny bits of shell, the sun catching the opalescent fragments as they tumbled, an inch toward us, then an inch away, and catching on the stern of the white dinghy as it grew smaller and smaller, until I couldn’t see it, and I was glad Paul had gone to camps as a boy, had been sent away, and jealous, too, that he got to have this natural strength in his arms. Hopeful that he had enough. Two miles, on live water, wasn’t nothing. Finally, the yellow bow of the dory came into view. Could I have done that, the way he did, knowing nothing of the ocean or outboard motors or ridiculous old banana-shaped boats? Certainly not with a child climbing all over me.

It was heart death first, most likely. The rush of her unregulated blood too much. Creating a blockage that deprived that muscle of what it needed.

It hurt—that it was five days until I knew.

My job was to reimagine what our life could be. To show Agnes how to whistle a perwinkle out of its shell. To listen to the throaty utterances of seals at night—so close they might as well be inside our heads—and make a choice: Believe something wonderful, or horrible. To show her life, outside of an apartment.

Paul’s job was to go ashore, find work. Make it all possible.

I squeezed the rachis, opalescent like a dog’s claw, and about the same girth, and wondered what hole was left in the bird. 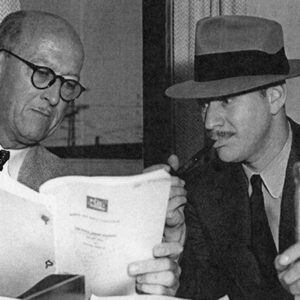 What Makes Things Go Right or Wrong For Novelists in Hollywood? Books are written in solitude, but writers do some of their finest work with crowds—in public talks, interviews, and events....
© LitHub
Back to top