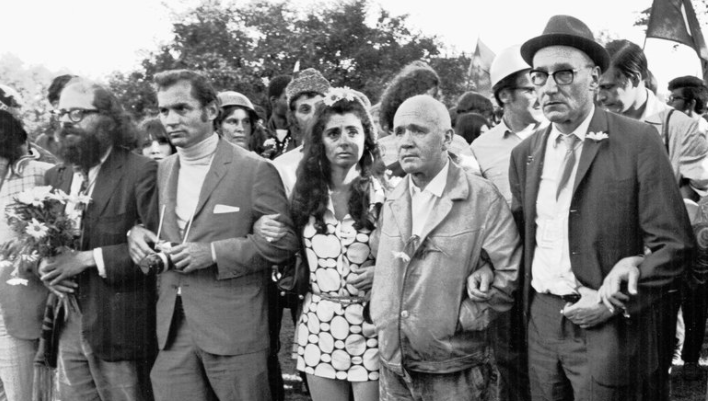 Jeanette and Richard Seaver, a Life in Publishing

Jeannette Seaver’s apartment on Manhattan’s Upper West Side overlooks Central Park; it’s a wonderful mixture of new world and old. Its pre-war size and solidity is decorated like a Parisian salon, a distribution of rooms in which both Marguerite Yourcenar and Mary McCarthy would feel at home. There are hundreds of books, paintings, and photographs. In the festive dining room, where we recently had dinner, candles flattered everyone in a Georges de la Tour-ish light. The wines, the cream-of-leek soup with homemade croutons, the pasta with salmon roe and the 1997 Muscat de Beaumes de Venise served with dessert brought out the Jim Harrison in all of us. The other guests, university professors and a famed writer for the New Yorker who had known Jeannette for years, made for lively conversation, often in two languages. The evening incarnated the literary and cosmopolitan New York and Paris I’d grown up dreaming about.

As we said our goodbyes, a photograph of Samuel Beckett with an affectionate note addressed to Jeannette and her husband Richard, caught my eye. And just as we were heading for the door, another photo, of Dick and Jeannette in their youth, taken half a century earlier by the late and great John Jonas Gruen, the one that adorns the cover of Richard Seaver’s posthumously published memoir The Tender Hour of Twilight, made a strong impression on me.

Jeannette Seaver started Arcade, the small and distinguished publishing company, with her late husband, legendary editor and translator Richard Seaver. Arcade became the couple’s sanctuary in 1988, an imprint of their own allowing them to publish what and whomever they wished. This was after Richard Seaver’s many years in Paris and New York with Barney Rosset at Grove Press. At Grove, he introduced some of the world’s most famous writers to the US reading public and defied American prudery in epic legal battles. By the time Arcade was started, Seaver had also paid his dues and then some at Viking and at Holt, Rinehart & Winston.

In the photograph-turned-memoir-cover, Jeannette and Richard look to be recently married. She was a beautiful, classically trained musician born and raised in Paris; he was a Connecticut boy, recently sprung from the US Navy, hoping to make his mark in Paris’s literary world. When she told her father, an elegant journalist, that they planned on marrying, he replied: “Of all the young men you have brought home, this one strikes me as by far the most interesting, the most attractive, the most solid. I like the fact that he’s both an athlete and an intellectual. How many young men play tennis with Charles Lapicque, wrestle with the French Olympic team, and can also talk about Stendhal, Proust and Sartre?”

The children and grandchildren, the serious publishing commitments, and the move to New York—all of that was still ahead of them. It was just the two of them then. He was hanging out with and translating Beckett. He also befriended and translated other major writers such as Ionesco and Buchenwald survivor Jorge Semprún, whose first biography, by Soledad Fox Maura, will be published by Arcade in the US later this year. Brassaï came to the wedding. Richard Seaver summed up his feelings about that time in the following way: “I had never felt so happy, so totally at peace, so secure, so sure that the person I had chosen, and who had chosen me, was right. I couldn’t have cared less what the future might bring; the present was all that mattered, day by precious day.”

In his introduction to Seaver’s memoir James Salter wrote that, “In Paris, Seaver and his wife Jeannette were glamorous sans effort. They knew everyone in town.” Jeannette still does. But how the world has changed around her. In these times when even formerly feared behemoths like Borders and Barnes & Noble are perceived with some nostalgia, their story and ethos comprise a Paradise Lost. A few days ago in Paris I wandered about the city where their love affair began. I walked around the 4th

, 5th and 6th Arrondisements that still exude a particular and stunning charm. But hardly any bookstores remain. Expensive boutiques line the Boulevard St. Germain des Pres and the Rue Jacob. The narrow Rue du Sabot where Seaver lived during those early years has a GAP and an outlet of the luxury linens store, Descamps. Les Editions de Minuit however, where Beckett first published in France, and where Seaver first began to track him down, is defiantly still there on the Rue Bernard-Palissy, number 7.

“We must all be philosophical about change,” Jeannette said to me when I asked her about it. “C’est la vie. No matter how much it evolves and changes, to me, Paris is still my Paris. Yes, many things are different. There is a lot of Americanism. But that’s all to the good in a way. Shopkeepers have had to stop being snarky and entitled and grow up with modern times, and be polite. I always feel back at home because I always return to my petit coin de Paris. Despite the tourists, I re-become Parisian.”

And what about the current state of the publishing business? “Publishing seems to have changed for many,” she said. “Increasing emphasis is put on eBooks. There is hardly any money to spare for publicity. Fewer independent bookstores mean there are fewer works of new fiction, books that are tricky to distribute properly. It’s most unfortunate. But strangely, and despite negative social and cultural developments, the book is here to stay. Publishers and authors alike are adjusting to the challenging and narrower possibilities. We are all persisting on the old journey. La vie continue and we’ll conquer the beast. Go writers! Go publishing!”

I asked her what she thought had changed the most, both in Paris and New York. “When Dick started his career in Paris and discovered Beckett, he simply offered a modest advance that Sam delightedly accepted. This was the case for all the authors he liked and published during the mid 50s there. Then in the late 50s, when he started his American publishing career, certainly at Grove Press, when Dick read and fell in love with a manuscript, he would march into Barney’s office and declare: We have to publish this! Barney, with his unconditional trust in Dick, always acquiesced. Dick was fully aware that Grove was unique in that decision-making process, at least with respect to him. With the bigger guys uptown, like Random House, Simon & Schuster and the like, a project could only be approved after several, often tedious, editorial meetings where the editor also had to present a Profit-and-Loss estimate. P&Ls are nonsensical, since we all know that publishing is a game of roulette. The other big difference is that in Europe, editors are more educated, more sophisticated and knowledgeable about international literature. A large number of European editors throughout Europe speak several languages. Hence there is a bigger and automatic ouverture toward foreign literature. In the States, editors and readers rarely speak any language other than American English. And only a very small fraction of readers is at all curious or interested in foreign books, fiction or nonfiction. That makes a huge difference. Dick and I have been on the cultural barricades… all our lives. And I wonder if any progress has been made.”

I threw out some names associated with them and asked her about the relationships Dick Seaver had with his writers. “Sam Beckett changed Dick’s outlook and approach to literature and theater. Their professional bond evolved into a remarkable friendship that became a very important part of Dick’s life. It was sacred to him. With Jean Genet, it was clear that Jean found Dick to his taste, in many areas. Genet was needy. Their friendship was close and warm, but not unconditional. Dick adored John Irving—as do I—there was an instant affinity between the two of them, having to do with literature, humor and laughing, wrestling and even gastronomy. And Dick absolutely loved Jim Salter, highly admired Salter’s writing as well as the man. It was mutual.”

Remembering the photo of the young couple that so affected me, I took the risk of asking her a couple of personal questions. What period of their 55-year marriage did she remember most fondly? What did she miss most about him? “One’s memories are so subjective I’m afraid. The period when Dick and I fell madly in love, in the early Fifties, is one that often pops up. And the years that followed in New York. But I have to say—I’m a bit embarrassed to confess that my entire life with Dick is my favorite period. God, I miss everything about him. I miss his humor and warmth, his erudition, his intelligence and infinite curiosity, his joie de vivre, his amazing gallantry and generosity. Every day with Dick was FUN! And—sorry again—I miss his love for me.”

John J. Healey’s novel Emily & Herman: A Literary Romance, was published by Arcade in 2013. His new novel The Samurai of Seville, translated into four languages thus far and recently optioned for a feature film, is published this month by Arcade.

Jill Eisenstadt and Darcey Steinke on Writing, Motherhood, and Brooklyn

For the First Time On Its Own, Hans Christian Andersen's Adult Novel 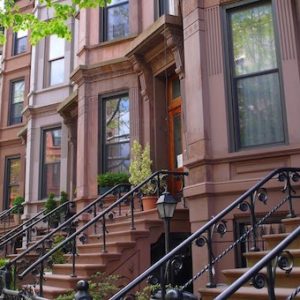 Jill Eisenstadt and Darcey Steinke on Writing, Motherhood, and Brooklyn

I have known Jill Eisenstadt for nearly 30 years. We met in the early 1990s when we were both young novelists living in a Brooklyn...
© LitHub
Back to top