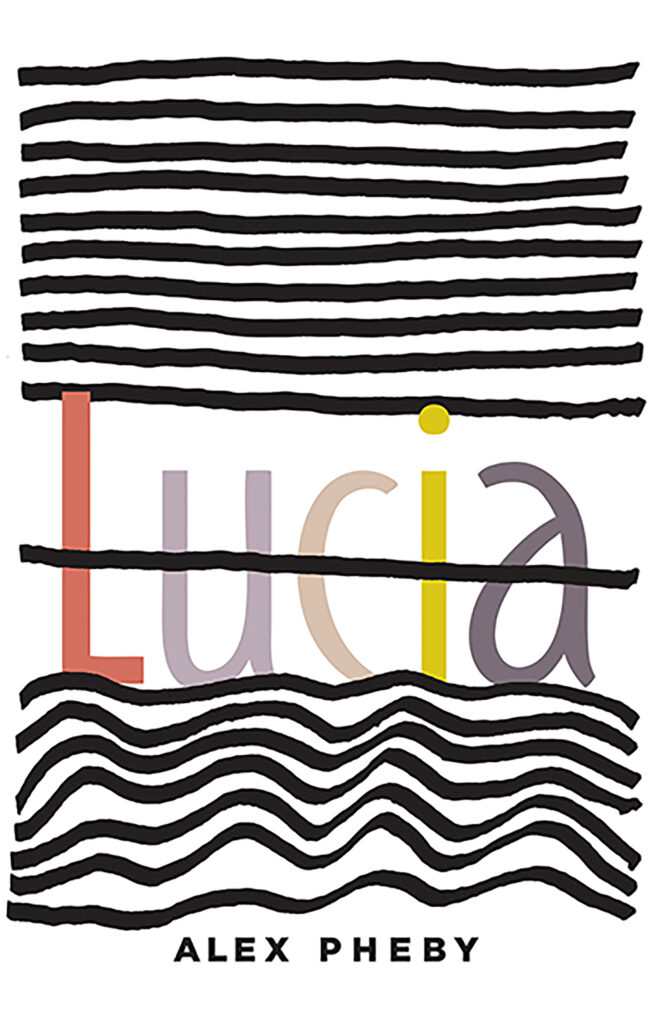 The following is excerpted from Alex Pheby's latest novel, Lucia, a fictional account of the life of Lucia Joyce, who was James Joyce's daughter. Pheby teaches at the University of Greenwich. His second novel, Playthings—about the life of Daniel Paul Schreber—was called “the best neuro-novel ever written” and was shortlisted for the 2016 £30,000 Wellcome Book Prize. Pheby lives in London.

THE BA OF LUCIA JOYCE

It is painful to live within the pages of a book, and/or to be recognised only by one’s attributes, for example to be a pair of eyes removed from their sockets and placed on a dish. Would you like it, Samuel Beckett?

No matter how wonderful the artist, or how prestigious the gallery in which one hangs, it is no substitute for a life to be a pair of disembodied eyes staring uncannily at passers-by, even if one is considered a masterpiece. Better, infinitely, to be allowed to walk free in the summer, or to comb one’s hair, or to stretch, none of which are activities available to two dimensional representations of the facility of sight, done in gouache. If these eyes grow from the stalk of plant, that is no consolation, and is more like rubbing salt into the wounds – one would enjoy picking a flower, although not, perhaps, if it had eyes on it.

Similarly, to be represented under a pseudonym in a book some consider obscene is also tiresome. Would you like that? To have your character dissected and the ins and outs of your behaviour commented on, and your secrets revealed? And always the sexual material?

That you are described as beautiful and perfect to look at is nice, but then there’s all the rest of the stuff, and if someone brings your good name into question then calling you beautiful while they do it, that isn’t any consolation, even if the name they call into question isn’t your own name. You and your friends would know.

And so what if it is never published in your lifetime? – there are plenty of very widely read books that are never published. Only those who are completely ignorant of the way literature is produced could imagine that books aren’t read before they reach the shops. The book is already dead by the time it reaches the shops, like a cow is dead when its meat is portioned for sale by a butcher. The life it had frolicking gaily in the fields, walking free in the summer, and being passed from hand to hand between some of the most well-regarded readers in the business is all forgotten by the time the shillings are handed across the table. Everyone who matters has already read it, and do you think literary people buy each other’s books? Of course they don’t: they pass them from hand to hand as manuscripts, prior to publication. If you are in the book, and in the room when the book is passed from hand to hand, to your father, then it is no good calling a person beautiful and then exposing their sexual behaviours to the world, even if it is under a silly name, which is so bloody obvious, don’t you think everyone knows who the saints of Syracuse are?

Even if it isn’t then published at all.

Worse if it isn’t published, because then all the damage is done and only to those people who have a specific understanding of the party being libelled and for whom this represents evidence of a side to that party’s character previously only rumoured at. The general public might take a character study from a novel and see it in the round, bringing to it their experience of the general run of things and thereby understand it generally, thereby diluting any particular significance. They might even take your side, and so provide a counter perception of the events. But stuck in a box in an attic, or held in a library, or in a drawer in a publisher’s office, or in the studies of all the writers in Paris, then this is like a prison.

When one is dead, it is only those things that remain that constitute one’s existence, we can all agree on that. For the ripples one makes in the pond of existence to lessen with time until they are vanishingly small, then this is also the way of things. But if someone has gone around erasing all trace that you ever existed, burning your letters and suppressing all word of you, and then there is a great rock with or without your name on it thrown into the water, it is no solace that you are dead, and cannot answer for yourself, when waves wash about you and hit the shore. That it was published post mortem is an irrelevance.

And that Bohemianism is dead now.

Think of the Egyptian pharaohs – not Akhenaten, who himself was erased from history and therefore might be the first pharaoh you think of, and his beautiful wife, who might also be a factor. Those who were buried with proper attendance to the rituals would secure their afterlives. Tuthmosis III will do as an example, despite the unusual style, his tomb was filled with ushebti and his walls decorated with hieratic and hieroglyphics and depictions of the hereafter. He was content to live in the representations of himself post mortem. This was his dearest dream, in fact, and he hired artists to come and paint him wonderful worlds, and write him wonderful lives that he could live out in perpetuity.

You would want that for yourselves after death, as would anyone rational if they could believe it was true.

And then what if some idiot came in and tore it all down? Shipped it off to museums in different countries? Exhumed you from your sarcophagus? Undid your bindings and peered at your naked corpse? Slit you with a scalpel, splayed you open to be seen by one and all? And then this was your afterlife, for all eternity. Slaves gone, wives gone, oxen gone, bushels gone. In their place the gawping wax-faced idiots who drag themselves past your body because they think it is the thing to do on a Sunday afternoon, or because they read about you in the paper, or because they have an interest in the conditions of the dead. They watch through the glass, their desire for something of the afterlife, so prurient and formless, peering in the windows hoping for a glimpse of someone else’s death, to somehow understand what theirs might be.

Excerpted from Lucia by Alex Pheby. Reprinted with the permission of Biblioasis. Copyright © Alex Pheby, 2018. 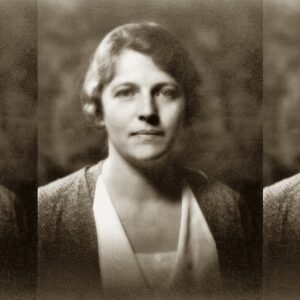 Lit Hub Weekly: June 21 - 25, 2021 “It’s a place for writers to publish and earn money directly and instantaneously without any traditional publishing...
© LitHub
Back to top