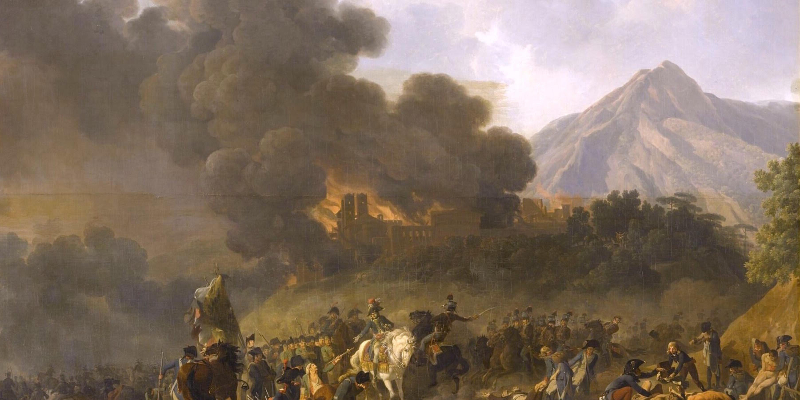 Love and Persecution During Napoleon’s Invasion of Ancona

The intense interest in the horrors of World War II that has characterized the last few years has tended to overshadow other aspects of the long history of Jewish populations in Europe and the antisemitism that often—although not invariably—complicated that history. Michelle Cameron’s new novel, Beyond the Ghetto Gates (She Writes Press, 2020), explores one little-known episode of that past: the effect of Napoleon’s invasion of 1796-97 on the Italian port city of Ancona.

The campaign of French revolutionary troops to conquer the still-disunited land of Italy has unexpected consequences when they free the Jews of Ancona from the ghetto that has confined them at night for as long as Mirelle, the young and mathematically gifted daughter of a local artist who manages a workshop devoted to producing Jewish marriage licenses, can remember. As the troops settle in, liberals who welcome change face off against opponents set on turning back the clock, expressing their fears through brutal attacks.

Amid this increasingly chaotic atmosphere, Mirelle faces a choice between what her family wants for her—an arranged marriage to a wealthy Jewish merchant old enough to be her father—and what she wants for herself: a romance with her cousin’s best friend, a handsome French soldier. Meanwhile, Francesca, a devout Catholic, struggles to reconcile the demands of her marriage and her faith when her abusive husband becomes involved in the spiraling conflict.

At times disturbingly relevant to the increasing polarization of our time, including the reactivation of white supremacy movements and intensifying fear of the “other,” Beyond the Ghetto Gates is also, as the author herself notes, “a story of hope—a reminder of a time in history when men and women of conflicting faiths were able to reconcile their prejudices in the face of a rapidly changing world.”

C. P. Lesley: What drew you to the story that became Beyond the Ghetto Gates? How did you learn about this part of the Napoleonic Wars?

Michelle Cameron: In reaction to my previous novel, which was about the rise of antisemitism in Europe, I was looking for that rare, happy Jewish story. I was reading Michael Goldfarb’s nonfiction book, Emancipation, which is about how the Jews of Europe left the ghetto. I came across his story about how the young Napoleon first encountered Jews in Ancona and said to myself, “Well, this is a novel.” It’s also history I had never heard about, which is the reaction I get from a lot of my readers.

CPL: Sketch a verbal picture, please, of your heroine, Mirelle. She is, at least in the view of the local rabbi, not a conventional young woman—at least, not nearly conventional enough for him.

MC: Mirelle is an interesting character and, indeed, was a difficult character for me when I started writing. I made her far more passive in the beginning. She has tremendous mathematical and managerial skills. She’s not 100 percent true to her time, raised as an obedient daughter who would simply want to marry well and have children and raise them in a Jewish household, but 21st-century readers don’t enjoy that kind of heroine. The more I dove into her character, the more I realized that as much as she does feel an obligation to her family and her faith, she also has a desire to help her family with their workshop.

CPL: What happens when Napoleon and his army reach Ancona? How does their arrival affect the lives of Mirelle and her family?

MC: When Napoleon arrives, the ghetto gate is locked. There have been riots there, and the Jews have locked themselves in for protection. Napoleon sees these people in yellow caps and yellow armbands. He asks what is going on here, and when it’s explained about the ghetto, he is opposed to having these people imprisoned. He calls for some of his Jewish soldiers to demolish the gates. He gives the Jews a level of freedom they have not had for centuries.

CPL: Last but definitely not least, we have Francesca Marotti and her husband, Emilio. What do we need to know about them?

MC: This isn’t just a story about the Jews of Ancona. I also wanted to capture what it was like to be a Catholic in the city at that time. The Catholics felt very threatened by the French, who they feared would do what they had done in France and put a stop to the Catholic religion. Francesca is a devout woman married to an abusive and eventually murderous husband. She has been told by the priests that she is wedded to her husband forever and that she has to help him, and she does, despite all of her misgivings about what’s going on.

One thing that happens to Francesca—and this was an enormous gift of research—is that I stumbled on the story of the Madonna del Duomo. There is a story in the Vatican archives about how a portrait of the Virgin Mary, in the cathedral in Ancona, turned its eyes on Francesca Marotti and her daughter and a tear streamed down the Madonna’s cheek. It was taken as a miracle and a sign that Napoleon would not be able to conquer their city. Although this turns out not to be true, Francesca’s reaction to it solidifies her faith. She feels blessed to have been the first to see the miracle. Emilio, in contrast, is a fictional character with a grudge against the Jews. He becomes involved in the riots I mentioned and kills several people.

Michelle Cameron is a director of the Writers Circle, an NJ-based organization that offers creative writing programs to kids and adults, and the author of works of historical fiction and poetry: The Fruit of Her Hands: The Story of Shira of Ashkenaz (Pocket, 2009), In the Shadow of the Globe (Lit Pot Press, 2003). She lived in Israel for fifteen years (including three weeks in a bomb shelter during the Yom Kippur War) and served as an officer in the Israeli army teaching air force cadets technical English. Michelle lives in New Jersey with her husband and has two grown sons of whom she is inordinately proud. 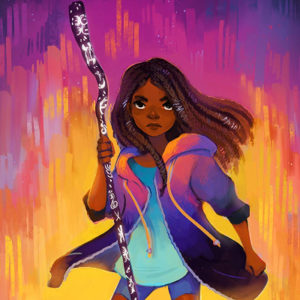