Lọlá Ákínmádé Åkerström Reads from In Every Mirror She’s Black

We’re delighted to bring you an exclusive reading from Lọlá Ákínmádé Åkerström’s timely and arresting debut novel, In Every Mirror She’s Black. Three Black women are linked in unexpected ways to the same influential white man in Stockholm, as they build their new lives in the most open society, run by the most private people.

This multi-perspective story is told through the lives of Kemi, a successful marketing exec, Brittany-Rae, a former model turned flight attendant, and Muna, a refugee establishing her residency in Sweden. Their stories touch on important social issues surrounding racism, classism, fetishisation, and tokenism, exploring how each of these women uniquely navigates white-dominated society.

On Mismatched Emotions in a South Dakota Pandemic Classroom 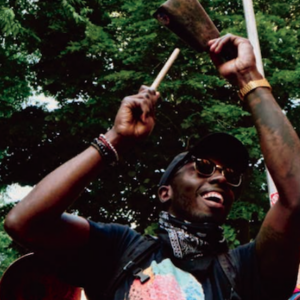 Feature photo Simbarashe Cha for The New York Times. Throughout the history of the Black struggle for freedom, music—especially...
© LitHub
Back to top