On the Manners Around Cannabis Use

Lizzie Post can confirm she got stoned every day while researching and writing her forthcoming book on cannabis conduct, Higher Etiquette: A Guide to the World of Cannabis, from Dispensaries to Dinner Parties. We know because we asked her.

“I got very high. I had a lot of fun,” the great-great-granddaughter of legendary etiquette maven Emily Post told Lit Hub with an airy laugh in a recent interview. “I love cannabis. I love, love, love it. I know my body feels great when I am consuming regularly.”

That may sound like an odd statement coming from the scion and co-president of the Emily Post Institute, an arbiter of “proper” manners historically geared to white upper-crust civility, but as Post said, the time to put the institute’s name on a guide to weed felt right. More and more states have legalized the drug in recent years, and while her etiquette guide isn’t exactly crusading for radical legal change, she said it falls in line with the Emily Post mission to normalize social trends and document our current standards of civility around those trends.

“Anytime something new has emerged in American culture, we tend to comment on it,” Post said of her work, comparing the rise of weed legalization to the dawn of cell phones—a cultural shift that was accompanied by its own Emily Post book in the ’00s. “Cannabis is in no way, shape, or form new, but legally being able to engage with it is, and it’s affecting millions of people. It’s something we felt confident commenting on.”

In the contiguous United States, as of early 2019, medical use of cannabis is legal in 33 states plus Washington, D.C., while recreational use is legal in 10 states, including Post’s home state of Vermont. And Post is far from the only writer in this space, as any Google search will tell you. That made for a lot of legalized experiences to draw from, to say nothing of the many illegal ways cannabis was and is still consumed today. Post took four months to research it, reaching out to cannabis educators, growers, dispensary employees, and fellow writers for her material, and she focused her writing on legal weed consumption.

Somewhat predictably, most of Post’s sources were chill.

“I wanted the book to be accessible to people who were completely new to cannabis as well as old-timers,” she said. “So many people had differing views on who should get the first hit depending on the method you were using, and what the scenario you were consuming under was.”

Sometimes she found disagreements. Take Post’s section on the less-formal terms that refer to cannabis, like weed, pot, hemp, or marijuana. In her research, she found that some of these names can court controversy—like “marijuana” itself, which has racist roots. “I had a lot of people say, ‘I would not feel comfortable if that word was on the cover of your book,'” Post explained, and it’s history she touches on early in the book. “I had other people say, ‘Well, we really like to embrace that word because it really honors the culture that cannabis has been used in for so long.'”

Somewhat predictably, most of Post’s sources were chill. “Everyone in the cannabis community was just like, ‘Oh my gosh, you’ve got to respect other people’s view and you’ve got to really meet people where they’re at,'” she said. “It was really beautiful for an etiquette expert.”

Post siphoned her research down into a compact, 176-page volume of actionable tips and straightforward advice published by Ten Speed Press and released on March 26. The book is filled with lively declarative sentences, illustrations, and recommendations that both celebrate and inform readers about the nuances, benefits, and fun to be had smoking, eating, drinking, and otherwise consuming weed in all its forms. In it she includes information on a range of experiences, from how to gently notify a friend that their bong is dirty to navigating a dispensary or a weedcation.

There’s one issue, however, that her etiquette book does not dive deeply into: the unfair racial disparity between how marijuana laws are enforced in this country. In a one-paragraph section of her book headlined “It’s Not All Roses,” Post touches on incarceration statistics and the broad problems with enforcement of laws around marijuana use in America. She does not use the words “the war on drugs.” She does not write about how Black Americans, per a 2013 report from the ACLU, are 3.73 times more likely to be arrested for possession of cannabis than white Americans, despite being equally likely to use the drug. She does not cite specific court cases. She does not provide anecdotes or evidence from her research that point to a deeper understanding of the criminal justice issues around the drug she spends the rest of the book discussing. That paragraph calls for readers to be “considerate, respectful, and honest” (echoing the Emily Post Institute’s mission statement) in conversations about the drug’s illegality, but it goes no further.

When I asked Post about some of these these facts and the decision not to focus on them, her breezy tone shifted into carefully composed sentences. As she continued, endeavoring to add more substance to her response, she started and stopped mid-conversation several times, seemingly hyper-aware of the fact that her book does not meaningfully address the enormity of abuse in cannabis enforcement. “We’re really talking on a level of experience and respect here that I want to do justice to if you choose to enter this part of the conversation,” she said.

Post’s goals for Higher Etiquette were to ground the book in her expertise, which is not social inequity or criminal justice, but civility and manners.

Questions around privilege and how the Emily Post Institute’s work intersects across class, race, and economic lines have come up before, Post acknowledged. This is the same organization used as the punchline of a Gilmore Girls joke about that show’s stuffy rich matriarch (herself named Emily). In the 20th century, Emily Post’s laid out a roadmap to cultural mores for the white nouveau riche, but in the 21st, her institute faces a larger and far more socially conscious audience than ever before. That means threading a very specific needle: staying true to Emily Post’s mission while adapting it to acknowledge the historic privilege that allows the Institute to comment on anything to begin with.

“We really are who we are, we’re the Emily Post Institute,” Post said. “Immediately upon the topic of etiquette, people just assume ‘white privilege’ right from the get go. And it is, it is there.”

In this case that means the freedom to write and publish a book about cannabis consumption, but far less authority when discussing its illegal consumption and the problematic or racist enforcement of drug regulations. “There were a lot of factors for why” the book didn’t focus on these tougher issues, she said, pointing to her own privilege as one of those factors. “Who am I? And what am I supposed to be commenting on from the platform of the brand that I represent?”

While acknowledging the validity of the critique, Post reiterated that her and her publisher’s goals for Higher Etiquette were to ground the book in her expertise, which is not social inequity or criminal justice, but civility and manners.

This dynamic was apparent in her research for the book, including in a story she couldn’t publish because it took place in a state where cannabis is still illegal. The omitted story was about a woman of color going out with her white friends. “She said, ‘Hey guys, I can’t walk into that store with this stinky smelling weed in my purse. That’s just not how life works for me,'” Post recounted. “The other women—who were all white—just hadn’t ever realized that was an issue for her or that it could have been an issue for them, even.”

Though her book focused intentionally on states where consumption was legalized, Post calls situations like these an opportunity for learning the differences in how people consume weed, but also interact with the world. That’s what Post sees as the legacy of her family and the specific goal of Higher Etiquette with regards cannabis: to foster understanding across class, race, gender, and socioeconomic barriers through a common set of of guidelines.

“What we try to focus on at the Emily Post Institute is these principles of respect, consideration, and honesty … without class or race or religion or politics being at play,” she said, returning to the mission statement. “In a legalized state you shouldn’t be harassed for cannabis, regardless of the color of your skin.”

Eric Vilas-Boas is a freelance writer based in Brooklyn and the co-editor of the animation blog The Dot and Line. You can follow him on Twitter.

Nathaniel Rich on How the Consensus on Global Warming Was Lost 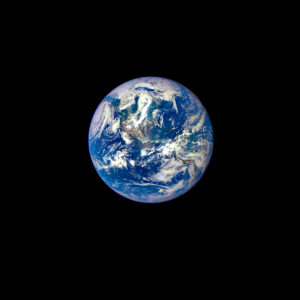 Nathaniel Rich on How the Consensus on Global Warming Was Lost

Nearly everything we understand about global warming was understood in 1979. It was, if anything, better understood. Today,...
© LitHub
Back to top