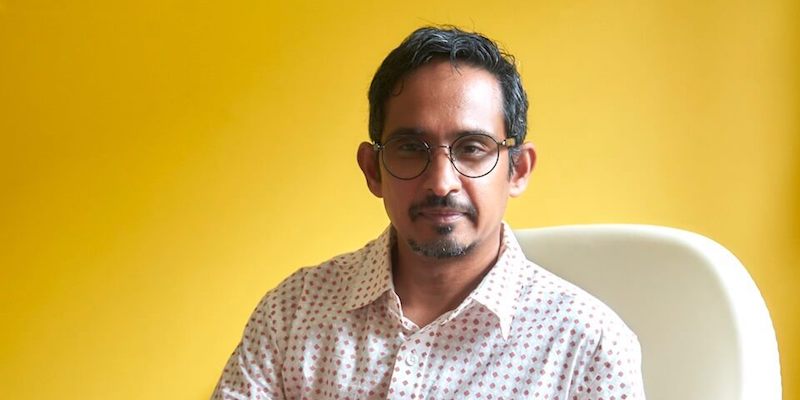 “Living in America Is Like Living in an In-Law’s House.” Nawaaz Ahmed on Writing a Queer, Immigrant Story

In this episode, Nawaaz Ahmed discusses his book Radiant Fugitives.

Mitzi Rapkin: One of my favorite lines in the book on some levels summed up a lot of the book, not just the immigrant story, but also, you could substitute in what it feels like to be queer or what it feels like to be devoutly Muslim in America. And you write: “living in America is like living in an in-law’s house”.  I love that line. You go on to talk about how you have to learn the rituals of another family and adjust and accommodate to this other family. And you also have to charm and be guileless and wish them well. And you have to fight harder to win over naysayers or surrender, or just learn how to become indispensable, so they need you. And that’s basically how you’re describing what it feels like to live in America. Was this something that you’ve always felt living here or if when you were writing, you kind of discovered this and realized, Aha.

Nawaaz Ahmed: I think definitely a process of discovery and recognition is how I would put that, because I think up to 2008, or 2010, before I began writing, the America that I had entered was giving me some of the things I wanted, which was to come out, to produce work that was being used.  I was part of the search engine team at Yahoo and wrote some of this search algorithms that powered Yahoo. So that was exciting. America had also given me the freedom to quit my job and get an MFA.

So, there were all these things that I was getting. And it was I think, afterwards, after I started writing, and then I was immersed in the writing that the whole character also seemed to shift because when Obama came there was so much hope. And then there was a steady eroding of that hope, almost immediately. And I think at that time, I did begin to feel like this outsider, and now I had this means of expressing that, which was through the writing of this book.

It seems very natural that that those feelings went into the book. And that passage that you mentioned is such a conflicting passage, because that is how people in India would accommodate, that is a very traditional way of looking  at things like how you give your daughter away ,she goes and becomes part of this other family and she has to adapt to it. So, there is this, what you would call an old fashioned way, like this is how we used to be, and we all have to contend with that, otherwise be the outsider and be looking from the outside, in which a lot of my characters in the book end up doing if they resist that impulse to assimilate.

Nawaaz Ahmed is a transplant from Tamil Nadu, India. Before turning to writing, he was a computer scientist, researching search algorithms for Yahoo. He holds an MFA from University of Michigan, Ann Arbor, and is the winner of several Hopwood awards. He is the recipient of residencies from Macdowell, VCCA, Yaddo, and Djerassi. He is a former Kundiman and Lambda Literary Fellow. He lives in Brooklyn. Radiant Fugitives is his first novel.

Why Black Women Teachers Should Cultivate and Protect Their Spirituality 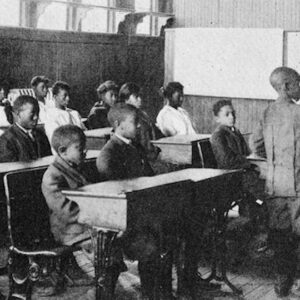 Why Black Women Teachers Should Cultivate and Protect Their Spirituality

We are not a people of yesterday. Do they ask how many single seasons we have flowed from our beginnings till now? We shall...
© LitHub
Back to top