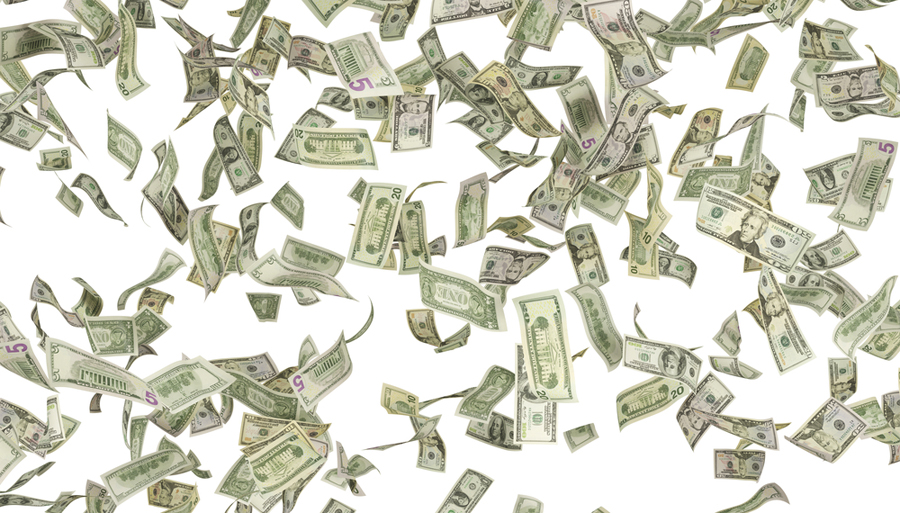 A Reading List of Novels that Tackle Economics and Finance

Many of us are grateful to Michael Lewis for writing The Big Short and even more grateful to Adam McKay for making it into such a good movie because big financial and economic issues aren’t always easy to grasp, let alone craft into compelling narratives.

It’s even more difficult to find literary fiction that addresses those issues and succeeds as art. Fortunately, there are writers who both understand economics, and understand that economics is another lens with which to view humanity. This list, in honor of Mischa Berlinski’s newly released Peacekeeping, showcases some of the best novels from the past couple of decades that focus on the money, money.

The titles are listed alphabetically by author. As always, I look forward to your suggestions in the comments. 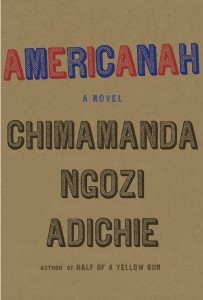 Yes, Adichie’s 2013 novel is about immigration and race; its young Nigerian protagonist Ifemelu is also, like so many young female characters, in love. Yet once she’s left home for New York City, this gloriously smart and funny tale has trenchant things to say about work: Who does it, how they get it, and who reaps the benefit of their labors—at all levels of Manhattan society, not just working class. 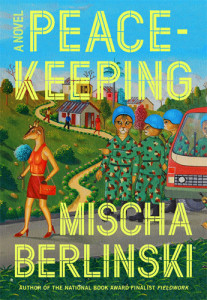 Berlinski’s first novel, Fieldwork (2007) was set in Thailand. If it was, as at least one critic deemed, “a novel of ideas,” then Berlinski’s latest, Peacekeeping, is a novel of wherewithal. Its plot concerns a corrupt Haitian election, but its theme concerns how easily the tiniest portion of power can derail services to the poorest and least heard members of a society. It could (and does) happen anywhere. 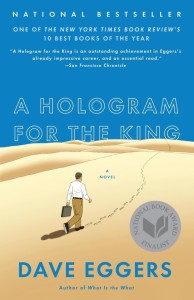 A Hologram for the King, Dave Eggers

Sometimes one person’s professional crack-up can illuminate an entire globe’s sickness. Alan Clay, IT salesperson negotiating a deal to wire a Saudi Arabian city, finds that his all-American pace is out of place in a Middle-Eastern kingdom more concerned with appearances than highly effective habits. Eggers manages to show the give-and-take the USA can no longer avoid with the rest of the world. 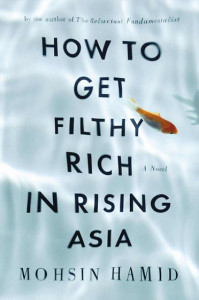 How to Get Filthy Rich in Rising Asia, Mohsin Hamid

Second-person narration isn’t easy to pull off (Then We Came to the End and The Weird Sisters are two of the only successes that come quickly to mind), and neither is parodying nonfiction in fiction. Therefore, even if Hamid’s third novel has a few flaws (e.g., the tone is sometimes smarmily aloof), its send-up of why self-help writing has little to say to the impoverished is worth a considered read. 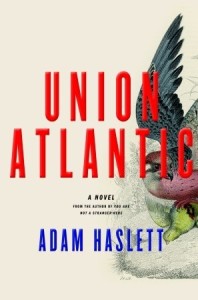 “This novel’s narrative history doubles as news analysis,” wrote Liesl Schillinger in her 2012 New York Times Book Review take on Union Atlantic. Haslett (can’t wait to read his new one) created a wholly believable conflict between a sociopathic financier and a lonely retired history teacher so gorgeously written and seamlessly plotted that its spoon full of hemlock goes down smoother than fine cognac. 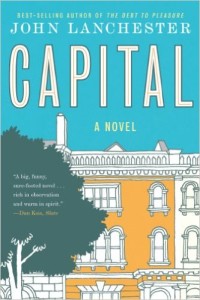 Imagine you’re sitting in a London Eye compartment (as, in fact, two of Lanchester’s characters in this novel do at one point). First your own eyes see the city; then they zoom in to, say, Clapham; finally, they might attempt to take in Pepys Road (what joy the author must have felt when he lit on that name!). By interweaving stories of various residents, Lanchester zooms from real estate to commerce to terrorism. 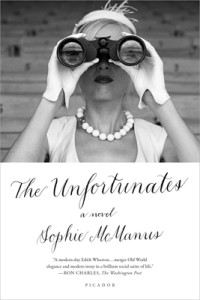 In case you didn’t get the memo: The very rich are different from you and me. Pace Papa Hemingway, it’s not because they have more money; at least not according to debut novelist McManus. Her focus is on how a person who never has to think about his resources, let alone balance them, can become unhinged—and not in a genteel fashion. George Somner marries a waitress, and ruins both of their lives. 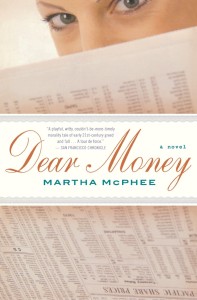 What might happen when an artist “trades up,” literally, by switching lives and careers with a bond trader? If some of McPhee’s lives-of-the-sort-of-rich-and-not-at-all-famous are true, the artist gets a bum deal: She may not have to worry about children’s tuition fees any more, but she also won’t have any more time for those children. Novelist India can scarcely find time at her Wall Street desk to eat lunch, while her friend Will happily attempts. . .to write the Great American Novel. 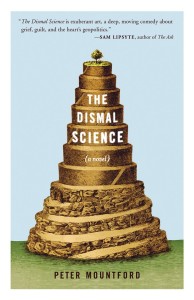 Nope, I never thought I’d read and love a book about the World Bank, but just wait until you encounter Vincenzo D’Orsi, a ticking time bomb of a bureaucrat whose amount of resentment about political pressures is equaled only by the number of lines he can recite from Dante. Stressed, lonely, and indignant, the character of D’Orsi demonstrates how high-stakes outcomes can be influenced by emotions. 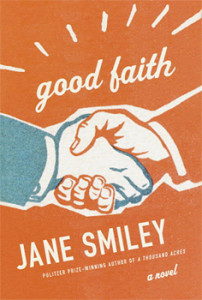 Smiley’s 2003 saga of small-town Pennsylvania real estate is set in 1982, and it amuses me to picture narrator Joe Stratford today, about 76 years old and. . . Wait, no spoilers here, especially as part of the fun the author has is in maintaining readerly suspense about the affable Stratford’s fate once he’s decided to take a gamble. Along the way, a small town shows an awful lot of big greed.

Jim Harrison’s voice, as unique as the man himself, sounds as though his vocal cords are made of coarse-grained sandpaper....
© LitHub
Back to top
Loading Comments...