TODAY: In 1958, Angelina Weld Grimké, a poet of the Harlem Renaissance who was one of the first African-American women to have a play publicly performed, dies.

Also on Literary Hub: Why Queens needs more bookstores · Why are so many poets also artists? · Out here in the Milky Way: From Super Extra Grande by Yoss, translated by David Frye. 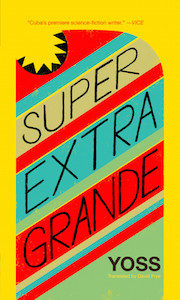 In 2054, Father Salvador González formulates the Tunnel Macroeffect Theorem, and Ecuador confounds the world in sending...
© LitHub
Back to top