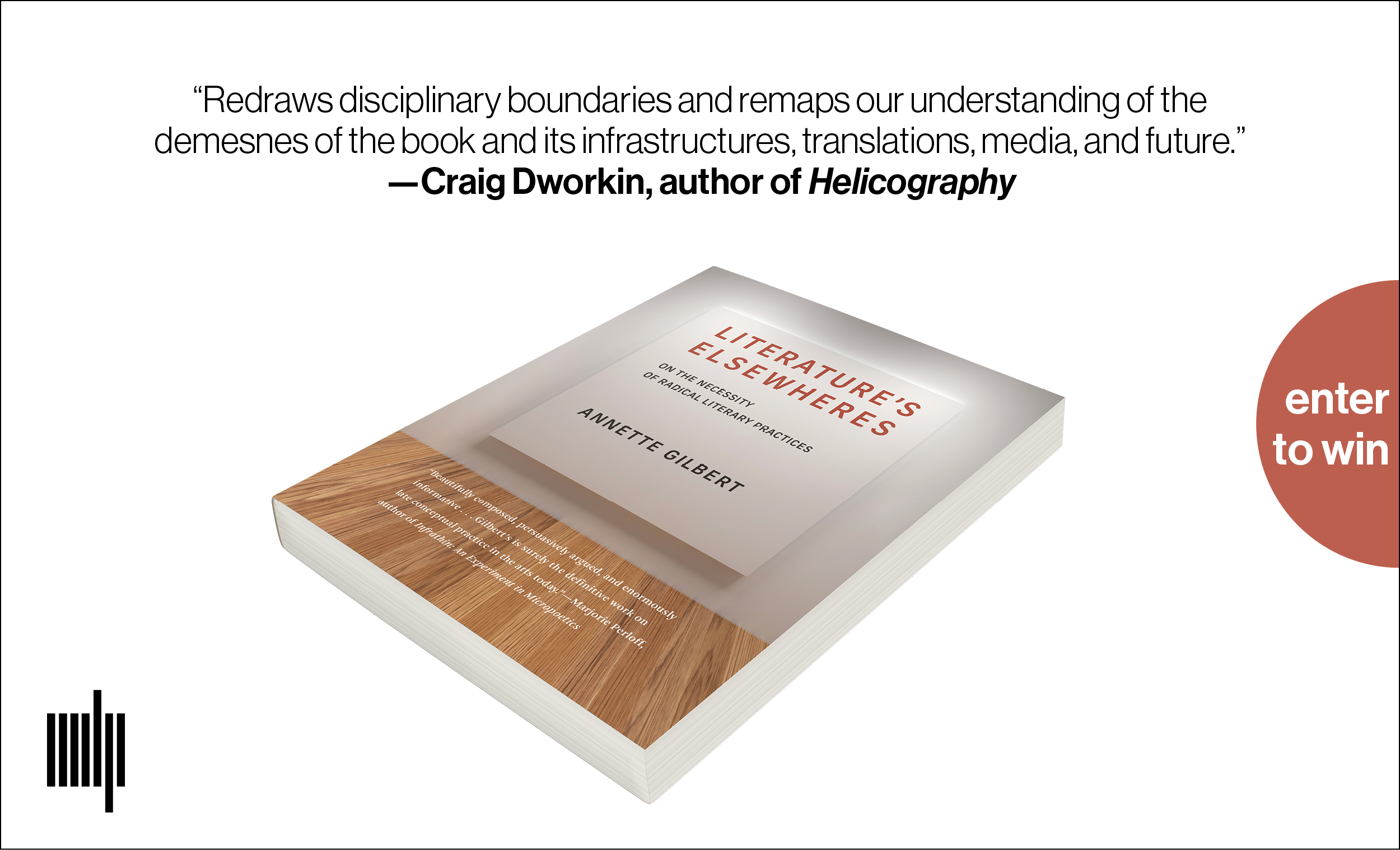 Win a Copy of Literature’s Elsewheres by Annette Gilbert!

An examination of a series of diverse, radical, and experimental international works from the 1950s to the present.

What is a literary work? In Literature’s Elsewheres, Annette Gilbert tackles this question by deploying an extended concept of literature, examining a series of diverse, radical, experimental works from the 1950s to the present that occupy the liminal zone between art and literature. These works—by American Artist, Allison Parrish, Natalie Czech, Stephanie Syjuco, Fiona Banner, Elfriede Jelinek, Dan Graham, Robert Barry, George Brecht, and others—represent a pluralized literary practice that imagines a different literature emerging from its elsewheres.

Investigating a work’s coming into being—its transition from “text” to “work” as a social object and pragmatic category of literary communication—Gilbert probes the assumptions and foundations that underpin literature, including the ideologies and power structures that prop it up. She offers a snapshot from a period of recent literary and art history when such central concepts as originality and authorship were questioned and experimental literary practices ranged from concrete poetry and Oulipo to conceptual writing and appropriation literature. She examines works that are dematerialized, site-specific, unique copies of other works, and institutional critiques. Considering the inequalities, exclusions, and privileges inscribed in literature, she documents the power of experimental literature to attack these norms and challenges the field’s canonical geographic boundaries by examining artists with roots in North and South America, East Asia, and Western and Eastern Europe. The cross-pollination of literary and art criticism enriches both fields. With Literature’s Elsewheres, Gilbert explores what art can’t see about the literary and what literature has overlooked in the arts.

We’re giving away 5 copies of the book, courtesy of Scribner.