Literature in a Time of War: A Reading List

On this Memorial Day, it is extraordinary to reflect that the generations who fought for us never knew how long it would take, nor how much they would have to endure, nor how deeply the experience would mark them. They committed everything, going all-in, without pacing themselves or measuring their effort. They felt fear and unease that are hard for us to imagine, now that we know how things ended.

So it is fascinating to go back to books that were conceived or written during WWII, and published in its immediate aftermath. They give us an insight into people’s state of mind at the time. They also show a startling disconnection between the brave characters who asked what they could do for the war, and those less admirable types who asked what the war could do for them.

My own WWII novel is set in my home city of London, England. It ends in 1942, when America’s arrival in Europe alleviated our own terrible doubt and uncertainty. America saved us, and we remain thankful for that every day. When researching my book I read a lot of European novels that showed the febrile mind-set of the time. Here are five that I found fascinating, and I would love to hear from American readers about their must-read books from US authors of the same period. 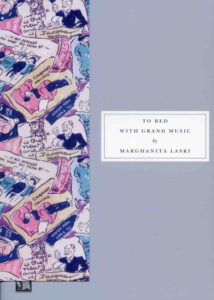 It was outrageously brave, in London in 1946, to break the omertà requiring wartime Brits to be portrayed as rigid, frigid and quite frankly flaccid. It required guts, a pseudonym—she published as “Sarah Russell”—and doubtless a stiff gin-and-tonic.

From the daring post-coital beginning as her lovers are about to be parted by the war—“Graham and Deborah Robertson lay in bed together and tried to say goodbye to each other”—Laski whisks the cat away and has her mouse play with a procession of cads and bounders, each tryst bleaker than the last, until her troubled heroine dissolves into an anguish of guilt and ennui that seems less survivable than bombs.

Through it all, Laski’s layered deceptions skewer a society whose self-delusions are laid bare by the war. “I’d better write to Graham, she thought, and sat down to compose a charming letter full of anecdotes about Timmy and details of village life and assurances of her unchanging love.” 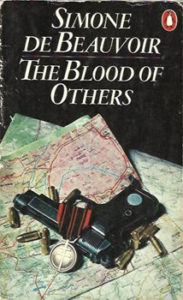 The literature of France’s struggle fascinates because it was more nuanced than most. The enemy was neither entirely without nor wholly within: the country, as the psyche, had zones variously occupied, compromised, and resistant. To this crucible introduce one of the greatest intellects ever to take up the pen, and have her find in France’s agony a territory with no natural defenses against the strict existentialist method.

Hélène, de Beauvoir’s hero, is wounded in a Résistance action led by her lover, Jean. As Hélène lies dying, we travel through a back story revealing the slow erosion of personal choice. First Hélène protects Jean, later she dallies with collaboration, and finally in rejecting it she meets death, the ultimate “other”. That there can be no accommodation with evil renders all the more poignant the desperation to establish what one is in relation to one’s fellow sufferers. 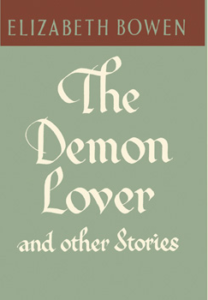 The Demon Lover and Other Stories, Elizabeth Bowen (1945)

“Through the aperture driver and passenger, not six inches between them, remained for an eternity eye to eye. Mrs. Drover’s mouth hung open for some seconds before she could issue her first scream.”

Bowen’s title story brings the hallucinatory shock of a woman—and a society—dislocated by a new war while still haunted by the last. Multifaceted, chronologically fragmented, using hard strokes and a minimal palette to depict a lurid reality that crossed all comfortable lines, Bowen’s prose conveys the horror of war as Guernica does—being at the same time beautiful and unbearable to look at.

“After that she continued to scream freely and to beat with her gloved hands on the glass all round as the taxi, accelerating without mercy, made off with her into the hinterland of deserted streets.” 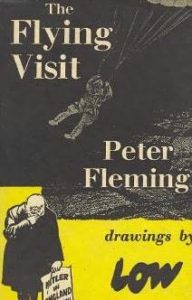 Even this very partial survey of the war’s literature would be incomplete without considering the early days, when aspects of Nazism were still considered laughable.

“The Führer entered. There he stood, drawn up to his full height of 5’7”, his right arm rigid… His ectoplasmic face was vacant with exaltation. He looked as if he might burst.”

It is poignant, now we know how it ended, to read this propaganda piece from when Hitler still provoked as much laughter as fear. How closely the rhythms of comedy match those of tragedy – the one indistinguishable from the other until the story reaches a punch line, or a land mine. 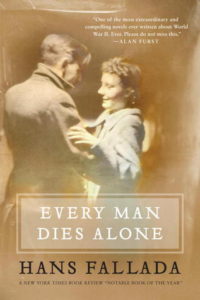 “With unbearable patience, he is drawing the capital F of the word Führer.

‘Your handwriting,’ he says. ‘They would catch us sooner or later by the handwriting.’”

This is how it did all end, of course. Based on a true story the author found in a Gestapo file, Fallada’s final masterpiece documents a pitifully tiny and desperately heroic propaganda campaign waged against the Nazis from within the heart of Berlin, by a drab couple moved to act when their soldier son is killed. Frightening, immersive, desperately tense, the novel’s currency is its vignettes of the small and the sordid, the covetousness that empowers the regime.

“’That Rosenthal woman might be good for a bit more than coffee and cake. Perhaps there are other people sniffing around there, too, perhaps people better placed than we are.’”

Chris Cleave is the author of Everyone Brave Is Forgiven, Gold, and the #1 New York Times bestseller Little Bee. He lives with his wife and three children in Kingston-upon-Thames, England. Visit him on Twitter @ChrisCleave.
http://ChrisCleave.com

When a Nation Loses Its Literature 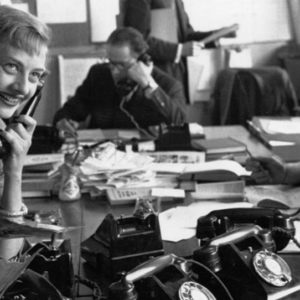 This essay is adapted from the 2016 commencement address for the Graduate School of Journalism at UC Berkeley, Solnit’s...
© LitHub
Back to top
Loading Comments...