The Haitian-American Author on Beyond the Page: The Best of the Sun Valley Writers' Conference

Below is an edited recording of novelist Edwidge Danticat at the Sun Valley Writers’ Conference. In one way or another, from the moment she left Haiti to settle in Brooklyn, New York, at age 12, Edwidge Danticat has been writing stories (prize-winning novels, memoirs, and essays) about the experience and effects of immigration. In conversation with Jeffrey Brown of the PBS NewsHour, she talks about the ways that first seismic journey in her life has shaped all the journeys she has lived and written since.

My family was full of storytellers. I come from a modest background. My parents migrated partly because of the dictatorship, but also because they were poor and wanted better opportunities, but I was always surrounded by storytellers. Often there would be blackouts and electricity would go out. If there was a gap, we would tell stories. You know, the elders in my family who died, who were not literate, who didn’t read, but they had a mind full of stories and the stories were always animated.

I always tell people that my best teachers were oral storytellers, but I wasn’t an animated child. I was very reserved. I was shy. So I would look at these storytellers and I said, I can’t do that. I can’t do the whole singing, jumping up and down. However, when I got my first book when I was 4, which was Madeline and the Old House in Paris, I was horrified that my Uncle Joseph gave me my very first book in French. I was like, This little girl is like the house where I was growing up in with my uncle and aunt and there were many children whose parents had migrated to New York and other places. I thought, Oh, this is a different kind of thing with story. It was much more. It could be for a quiet person, and when I was reading that book is like, I want to do that. I want to do that. I didn’t know what it meant, like how you would get there, but that’s what I wanted to do. I wanted to convey what I was feeling, and that’s the beginning of the desire to be a writer.

To listen to more of Edwige Danticat and other talks from the Sun Valley Writers’ Conference, subscribe now on iTunes, Spotify, Stitcher, or wherever else you find your podcasts!

Edwidge Danticat is the author of several books, including Breath, Eyes, Memory, an Oprah Book Club selection, Krik? Krak!, a National Book Award finalist, The Farming of Bones, The Dew Breaker, Create Dangerously, Claire of the Sea Light, and Everything Inside. She is also the editor of The Butterfly’s Way: Voices from the Haitian Dyaspora in the United States, Best American Essays 2011, Haiti Noir, and Haiti Noir 2. She has written seven books for children and young adults, Anacaona, Behind the Mountains, Eight Days, The Last Mapou, Mama’s Nightingale, Untwine, My Mommy Medicine, as well as a travel narrative, After the Dance. Her memoir, Brother, I’m Dying, was a 2007 finalist for the National Book Award and a 2008 winner of the National Book Critics Circle Award for autobiography. She is a 2009 MacArthur fellow, a 2018 Ford Foundation “The Art of Change” fellow, and the winner of the 2018 Neustadt International Prize and the 2019 St. Louis Literary Award.

Behind the Mic: On Yes No Maybe So by Becky Albertalli and Aisha Saeed, Read by Tiya Sircar and Michael Crouch 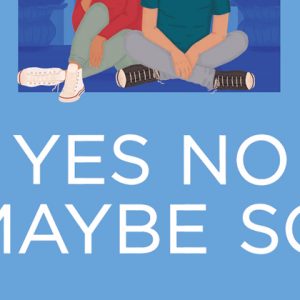 Behind the Mic: On Yes No Maybe So by Becky Albertalli and Aisha Saeed, Read by Tiya Sircar and Michael Crouch