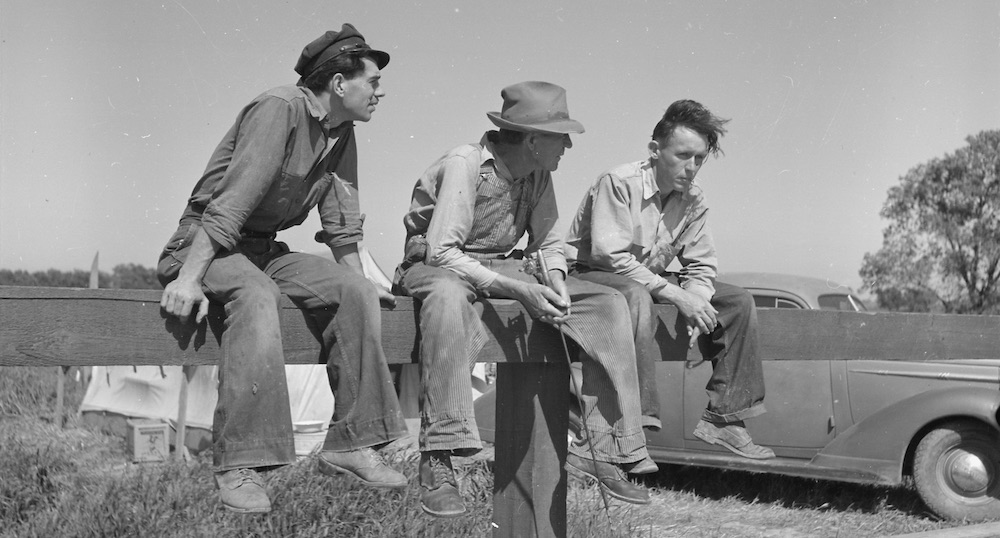 More than 6.6 million Americans filed for unemployment this week. Like everything else we’ve experienced recently, it is impossible to express all the sadness and pain wrapped inside that unprecedented statistic. In 1933, at the lowest moment of the Great Depression, unemployment in the United States peaked at 24.9 percent, but economist Miguel Faria-e-Castro thinks we could see an unimaginable 32 percent unemployment rate as the singular disaster of 2020 unfolds.

Unprecedented. Unimaginable. I reach for those words so often these days that the meaning dissolves. No literary map exists for this territory we now inhabit, but I keep returning to the work of writers who survived the economic upheaval of the 1930s. This week, I reread The House on Jefferson Street, a memoir by Horace Gregory, an American poet and author who struggled to support a family during the Great Depression. “We made our way, and by strenuous efforts, paid the rent. ‘Free-lance’ writing, so it seemed, left little time free for anything else,” he wrote, describing a life we can all recognize in our gig-driven 21st century. I could especially relate to his “touch-and-go, up-and-down” lifestyle as a writer with two kids, both of us writing marketing copy alongside book review assignments.

When the stock market crashed in 1929, Gregory counted his dwindling funds—just like millions of families today. “We were never sure of what would happen tomorrow much less the day after next,” Gregory recalled in his memoir. “My own savings were non-existent. Our small balances in the bank were scarcely enough to sustain a checking account.” Like Gregory, I grew up in a middle-class white family in the Midwest—a privilege that provides some protection from the worst effects of economic collapse. Even though I’m very fortunate to have work right now, I feel the tightening pressure described in his book.

As I try to imagine what sort of life I will be able to provide for my kids these next few years, Gregory’s panic shimmers underneath it all. “We found that the whole of our wealth was a silver quarter, shining brightly on the green burlap tablecloth,” he wrote, a bittersweet memory of one of the times his money ran out. “The quarter was so small a sum as to appear frivolous; we hastened to spend most of it on a packet of cigarettes. That night we slept peacefully.”

Gregory’s memoir bends around the black hole of the 1930s. “There was so much talk of the Depression, one began to see it and feel it everywhere,” he wrote. “Everything looked worn-down, and that everyone looked less secure, less fortunate.” That’s how catastrophe colors everything—my daily walk warps when I see neighbors in face masks and a teddy bear in somebody’s window seems like horror movie set piece.

The Great Depression wounded everyone it touched, and our own disaster will reshape the rest of our lives. Economist Till von Wachter explained this to Congress in his 2010 testimony, “Long-Term Unemployment: Causes, Consequences and Solutions,” diagnosing what happens to workers who endure job loss and unemployment in times of economic turmoil. “During this period, job losers can experience declines in health. In severe downturns, these health declines can lead to significant reductions in life expectancy of one to one-and-a-half years. The consequences of job loss are also felt by workers’ children, who can suffer from the consequences even as adults, and by their families. All of these costs are likely to be greater for the long-term unemployed,” he said.

Literature and art will also twist around the gravity of our crisis. In his memoir, Gregory recalled meeting the painter Edward Hopper at the Whitney Museum on the cusp of the Great Depression, when American culture collided with the artist’s gloomy vision. This brief encounter reminded me of the lonely Hopper paintings circulating on Instagram as we all shelter in place. “I saw Hopper’s spare figure buttoned up in a Chesterfield topcoat, bending forward, hands clasped behind his back, to examine a canvas painted by a young contemporary,” wrote Gregory. “I heard him sigh, scarcely above his breath, ‘At last they’re all beginning to paint like me.’”

When I first discovered Gregory’s memoir, I focused on his passages about the Depression-distorted city with “empty, broken storefronts, and crippled neon lights” and “a windswept litter of torn newspapers and sodden shreds of cardboard boxes.” Now, I linger on moments of authentic happiness. Like how his family would eat lentil soup all week and then walk to a Chinese restaurant every Sunday—a simple extravagance that made the everything more bearable.

“The room was always more than three-quarters empty—other diners sat at tables far removed from us, couples mostly, dressed in colorless clothes, staring dumbly at one another. It always seemed that we were the only happy occupants of the place, and the two children, catching the mood of our holiday spirit, were exceptionally good-tempered,” he wrote.

Gregory cobbled together freelance writing work throughout the Depression, becoming a poetry professor and critic, nurturing generations of poets. He doesn’t offer us hope exactly, but he gives us a flicker of light to follow as we head into our new darkness.

Jason Boog is the west coast correspondent for Publishers Weekly and the author of The Deep End: The Literary Scene in the Great Depression and Today.

Friend of booksellers James Patterson will donate $500,000 to indie bookstores. 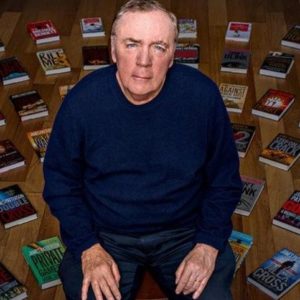 Friend of booksellers James Patterson will donate $500,000 to indie bookstores.

James Patterson has a long history of helping independent bookstores. In in 2014, he donated $1 million to indie bookstores,...
© LitHub
Back to top