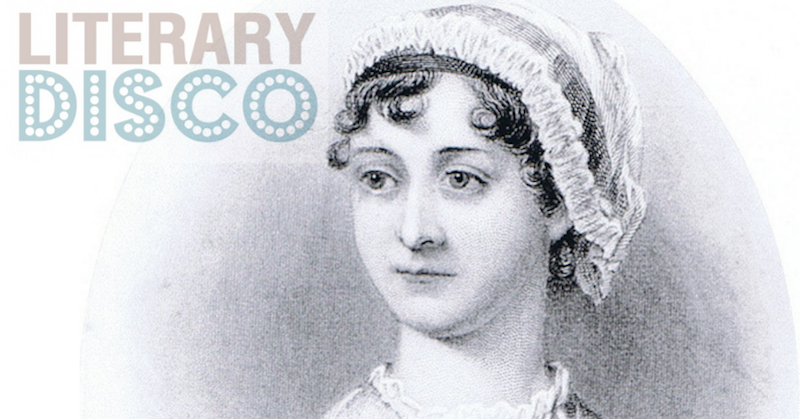 Literary Disco on the Enduring Genius of Jane Austen

Today we head back to a classic of English literature as Julia, Rider, and Tod read and discuss one of Jane Austen’s enduring novels of manners and marriage, Sense and Sensibility. Tod and Rider also give an update on their recent experiences at the AWP and Emerald City Comic Con conferences, respectively.

Rider Strong: In terms of opening the book and reading it . . . the complexity on the sentence level is really fun. You can’t speed-read this book. Most of what I read is contemporary fiction and it’s written in such an unadorned, action-oriented style, and Jane Austen is just the queen of nuance and subtle characterization. Reading between the lines, you constantly have to figure out a character’s intentions and understanding what they mean under their veneer of polite society, not only within their dialogue but also within Jane Austen’s own narration, which is difficult.

It’s like these murky sort of waters that you’re traversing, and I would regularly find myself having to re-read whole pages because I would have zoned out and lost my focus, and I had to slap myself in the face and say, “You don’t know what’s happening right now. Go back and re-read that last page.” I forced myself to do it, and I’m so glad I did because it was super pleasurable in a way that I’ve lost in my life. When I read Pride and Prejudice in college, I think my brain was more elastic and nimble, I just had to read it easily. Now I’m so conditioned to Internet reading and Twitter reading and everything is short bursts of information, I can just get the information.

So to take a step back and really listen to an authorial voice that is confusing at times and not easily holding my hand, it made me so happy. When I finished this book, I felt a sense of accomplishment that you don’t feel anymore. You know, I got you, Austen. I heard your message. It’s satisfying that it’s not easy reading. It’s like I’ve been listening to Kenny G for years, and suddenly I hear real jazz.

Julia Pistell: What’s great about this language is that there is so much to learn on how to write humor, which is something I don’t think high schoolers can absorb how funny these books are.

Tod Goldberg: When you see a movie like Four Weddings and a Funeral or Love Actually or Notting Hill—all of which are written by the same guy, Richard Curtis—there’s a scene in Love Actually where the actor Rowan Atkinson is putting together a box for someone and takes twenty minutes to put together this box . . . it is a direct descendent from Jane Austen to modern British romantic comedies starring Hugh Grant, basically. It’s a very clear line to it.

Also, the thing she does with dialogue, you could never get away with it now. There are passages of dialogue that last two pages where no one is interrupted and it’s just a person talking, talking, and talking but it’s such a complex series of interchanges of emotion and conflict and character happening as one person is talking that it’s like ju-jitsu. I marveled at it because you can’t get away with it anymore. You couldn’t write like that today and get published.

RS: There’s such a thorough examination of every moment going on by the author . . . and it made me think so much of the prose that we read today, even by the most nuanced writers, is just skating the surface of events. You’re supposed to infer the depths that are going on underneath it. Often, its not there; there just isn’t depth there, and that is the problem with modern literature.

However, with this, you cannot deny how many layers there are to everything that Austen is talking about. You might miss it, but it’s there and it’s examined over and over. Every beat is discussed: there is sarcasm and irony and insinuation and insult and apology. It’s all built into the dialogue . . . I found it fascinating that the most dramatic moments happened in dialogue. It forces you to consider not necessarily the drama itself but the people that are interpreting the drama. That’s the point.

Not much actually happens that are high stakes in this book in terms of the world. We’re not talking life or death for the most part. It is extremely high stakes that it’s poverty or not for these people in a lot of cases, but it’s not that great compared to what was happening in the world at that time. What it does is it redirects your focus to what could be perceived as superficial regardless whether you think it is superficial or not, it is well thought out and so thorough and so smartly done, there is such an intelligence to the writer and that’s why these book last longer than what could be considered contemporary romance novels. 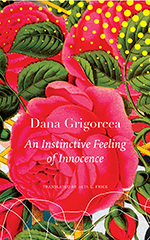 He wanted to stand on a balcony and look out onto a grand boulevard. It was to be as massive as the one in Beijing or, even...
© LitHub
Back to top