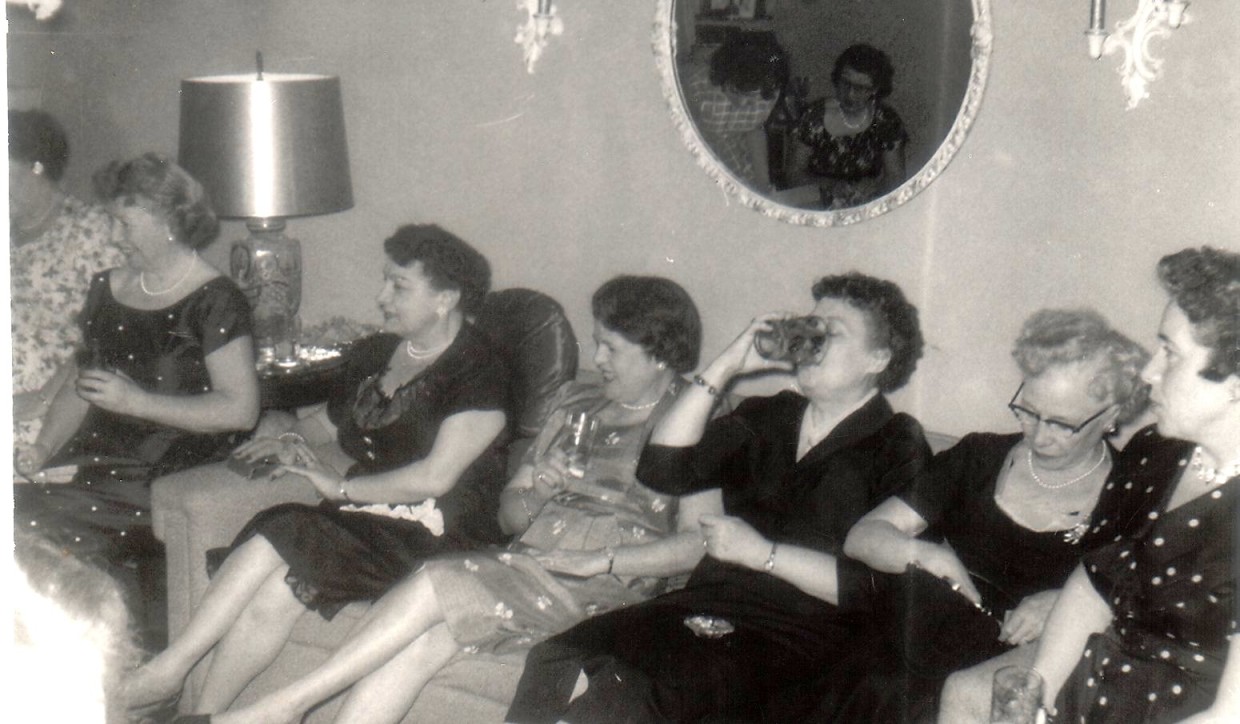 Lit Scene: A Night Out With Irish Women Writers

On a wet and blustery January night in Dublin, Lisa Coen and I, co-founding publishers at independent Irish publisher Tramp Press, paused at the Gresham Hotel to drink hot whiskey and swap literary gossip (more of which later). Having insulated ourselves against the cold, we splashed just a few doors down to the second annual Nollaig na mBan event at the Irish Writers Centre, noisily late.

Nollaig na mBan (“Women’s Christmas” or “Little Christmas,” and pronounced NULL-UG NA MAWN) also known on the religious calendar as the Feast of the Epiphany (James Joyce’s short story “The Dead” is set on this day), marks the official end to the festive season. Traditionally in Ireland, Nollaig na mBan is one day in which the women can put their feet up and/or congregate, leaving the men of the household to take on the chores. Though the custom has been dying out in many parts of the country, the ritual is still strong in the southwest of Ireland, with some bars and restaurants in Cork reporting a nearly 100 percent female clientele base.

It’s pretty insulting to be granted one pathetic state-sanctioned day on which to rest and recuperate, but happily the Irish Writers Centre has been putting a contemporary spin on tradition by inviting writers, poets, comedians, journalists and musicians to get together and soapbox about the feminist issues du jour. This is the second event of its kind at the Centre, and has the theme “All Adventurous Women Do.”

Luckily, there’s any amount of patriarchal bullshit for us to be pissed off with in Ireland, not least of which is our draconian abortion legislation, but the evening’s speakers, also touched on other aspects of politics, health and art.

Trying not to make too much of a ruckus in the Centre’s beautifully-preserved Georgian building on the north side of town, we heard the gorgeous strains of Lisa O’Neill’s music wafting down the original carved wood staircase. Lisa’s hot off the radio from playing live on John Kelly’s Christmas show, the John Kelly Christmas Express. I cosied up to Valerie Bistany, Director of the Irish Writers Centre. Valerie has big news: the new sole Patron for the Centre is none other than the President of Ireland, poet, philosopher as well as sometime politician Michael D. Higgins. (What, your president isn’t a poet?)

The soapbox provided for the event is literally and I suppose metaphorically shakey, but bravely taking a stand to MC for the night is Dublin gal-about-town Amy Herron, who introduces spoken-word poet Erin Fornoff. Erin tells stories about being hit on by her mentors: particularly charming chat-up lines include “I can smell when a woman is ovulating.” The crowd convulses. “It’s hard to lean in,” the poet continues, “when you know that someone will stare at your tits when you do.” Her poem about the experience, “The Opposite of a Thank You,” can be heard here.

I look around for another strengthening whiskey (refreshments for the night are kindly provided by Teeling Whiskey Company) while Sally Rooney takes the stage. Sally, a poet and essayist who has been published in the Stinging Fly, the Dublin Review and elsewhere, will almost certainly instigate a fight to the death for publishers over her work, she is Ireland’s most exciting new talents. “We live under the cultural assumption that women and women’s work is boring,” Sally rants. She is correct about everything.

Poet Mary O’Donnell recounts her experience of being asked, among other things, “What does your husband think of those subjects you write about? Does he help you spell those big words?”

I go find Coen and sit next to her while novelist and short story writer Evelyn Conlon kicks off about exclamation marks (“We should be able to read a message without being startled to death”), and we settle in for Joanna Walsh. (We’ll be publishing Joanna’s exceptional collection of short stories Vertigo in March. The title is already available in the US from Dorothy Project). Joanna has written for Granta, Narrative, Guernica, Stinging Fly, gorse, and also writes literary and cultural criticism for the Guardian and The New Statesman. She created and runs the Twitter hashtag #ReadWomen, heralded by the New York Times as “a rallying cry for equal treatment for women writers,” and Nollaig na mBan is right up her alley. “First of all, I apologize for not being Irish.” Joanna talks about words and their ability to marginalize and demean; she talks about those words meant especially for us lucky ladies. “Shrill, nag, frigid. Bitch, virago, whore, slut.” “Tramp,” we might suggest.

“I wrote this so I’m going to read it,” says Lisa McInernery, author of the acclaimed Glorious Heresies, just out in glorious fluorescent paperback. On the subject of adventurous women, she reminds us that for so many Irish women “the adventure ended in a fucking laundry.” Her new book will be out sometime next year and, no doubt, toast of the town.

Sinéad Gleeson, broadcaster, host of literary radio show The Book Show and writer of essays and fiction (for which she was recently acknowledged at the Dromineer Literary Festival) takes up the theme of adventure. “If it wasn’t for the adventurous, we’d all remain the places that society has ordained for us.” No stranger to adventure herself, Sinéad recently won an Irish Book Award for her editorial work with The Long Gaze Back, a collection of short stories by Irish women writers. After a hiatus we’re delighted and relieved to hear that The Book Show will be back on air later this month.

Playwright and professional dramaturge Michelle Read rounds off the evening with the hilarious story of her worst stand-up gig (in a room packed with rowdy football fans). There are murmurings now of going to the pub but Coen and I linger to take photos, to talk to people we haven’t seen since before Christmas—hello Susan Tomaselli, bookseller and editor at gorse—this is Dublin, and going more than a few days without a literary event or celebration of some kind is unnatural.

Meanwhile, Sarah Bannan, head of literature at the Arts Council, Ireland’s governing agency for developing the arts (who have funded the Irish Writers Centre, Tramp Press, and many of the artists present tonight) says, “The level and diversity of artistic programming devised to mark Nollaig na mBan underscores how very much women contribute to and shape cultural life … the programme at the Irish Writers Centre is a great example of this: female writers at the top of their game, reading new and exciting work. And it’s also just a super opportunity for women in the arts to get together and celebrate the year past and the year ahead. From #WakingTheFeminists to The Long Gaze Back to the Laureate for Irish Fiction Anne Enright, there is so much to cheer about right now.”

In a world where women writers are not taken as seriously as male writers, it’s a glorious, heady relief to be in a space where they are the majority. For the night, though we talk a lot about gender problems, the sex of the people in the room becomes irrelevant. No person tonight at the Irish Writers Centre will be speaking down to another, or making assumptions about that person’s ability, or the relevance of their experiences. Questioning and subverting common practices, policies and tradition, and the meanings of words themselves, is all well and good, but what will we do tomorrow night?

Happily, three of Ireland’s premier literary journals, the Stinging Fly, gorse and The Penny Dreadful, are collaborating on an evening of readings … This is literary Dublin after all. Perhaps there’ll be more whiskey.

Sarah Davis-Goff is 1/2 of Tramp Press, an independent publisher of fiction founded by Lisa Coen and Sarah Davis-Goff. Based in Dublin, Tramp is committed to publishing only the best and most deserving books, to encourage, support and maintain literary talent, and to enrich the lives of readers. 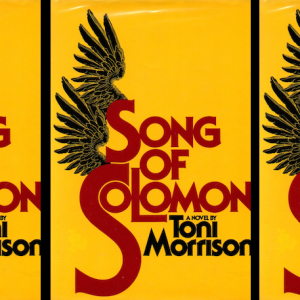