TODAY: In 1993, English novelist, short story writer, screenwriter, and film critic Penelope Gilliatt, one of the main film critics for The New Yorker in the 1960s and 1970s, dies.

Also on Lit Hub: Is there such a thing as Catskills lit? 9 novels that go deep into the mountains • Terrance Hayes on Shakespeare, Ol’ Dirty Bastard and what makes a good MFA • From the new issue of The Gettysburg Review: the story “Frank at the End of the World,” by Tracy Daugherty 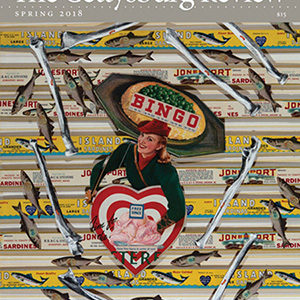 A raindrop appeared in Bern’s right eye the night before his trip. A mote, a foreign object? He felt nothing, but like...
© LitHub
Back to top