Finding the order of things: Jennifer Croft on the pleasures and challenges of translating Olga Tokarczuk’s The Books of Jacob. | Lit Hub Translation

From Guillermo del Toro to Jack Reacher, here’s the literary film and TV you should be streaming this month. | Lit Hub Film and TV

In honor of the founding of the Giancarlo DiTrapano Foundation, Chiara Barzini revisits a 2018 conversation with her friend, the late, great editor behind Tyrant Books . | Lit Hub

Here are 20 new books out today worth checking out (or buying!). | The Hub

“Losing something priceless, out of stupidity, produces in one a specific kind of shame.” Lan Samantha Chang on the complicated relationship between writing and money. | Lit Hub

“The more I discover about her life, a figure emerges who is just as singular and trailblazing as her remarkable novel.” Lucy Scholes on why we should all be reading Kay Dick. | Lit Hub

Jillian Cantor on how the male point of view shapes the narrative of The Great Gatsby. | Lit Hub Criticism

“If the essay really is the intellectual bellwether of an age, America seems to have spent the last twenty years missing the big picture again and again.” Jackson Arn considers the contemporary American essay. | The Drift

Olga Tokarczuk talks to Rhian Sasseen about national borders, writing about women, and The Books of Jacob (translated by Jennifer Croft). | Yale Review

“How many children have you? I have 50 books.” Anna Holmes looks at the radical life of Margaret Wise Brown. | The New Yorker

Here’s how parents and students are fighting school book bans in Texas. | Axios

After a Tennessee school district banned Maus, readers nationwide rushed to buy the book. | NPRHow a second-grader’s handwritten book became one of the most popular in an Idaho library’s collection. | Washington Post

20 new books to hunker down with this week. 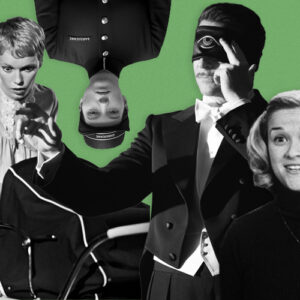 Every month, all the major streaming services add a host of newly acquired (or just plain new) shows, movies, and documentaries...
© LitHub
Back to top