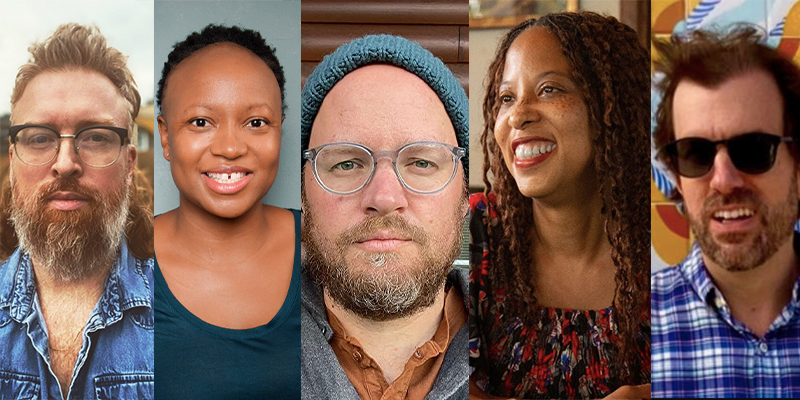 Nyani Nkrumah (Wade in the Water)

Kashana Cauley: Bad boyfriends, bad roommates, and the glorious intersection where they meet.

Jason Roeder: The need to laugh at trauma when you’re ready even if you’re not supposed to be ready or on schedule to be ready. The power of humor and the womp womp inadequacy of it. And, obviously, all my comedic tendencies, sorry.

Daniel Torday: Mysticism, and mysticism gone awry. I’ve always been interested in plumbing the depths of the fine line between a group of believers, and a cult. When I learned that there are Islamic Jews, mostly living in Istanbul but some living in the US, called the Dönme, I immediately spent five years reading about them, talking to some. It illuminated for me something about the clash of secular and religious cultures in a small central Ohio. Also, I started seeing a lot of young Hasidic kids smoking weed. I got curious about the shifts in cultures on the edge of weed being legal and lucrative. Sin, and redemption through sin. Grief and the ways we handle grief by turning to God.

Kevin Maloney: Sex. Innocence. Death. Drugs. Trying to find the meaning of life. Zigzagging back and forth across America for no reason. Parenthood. Divorce. Alcohol. Teddy bears.

Daniel Torday: I’ve always been interested in the way using tenses in language—past, present and future—effects how we comprehend time and the world. I noticed that the Ten Commandments aren’t prohibitions, but divine predictions: Not, “Don’t steal,” but “Thou shalt not steal.” I was fascinated by kabbalah, Jewish mysticism, as a kid, and really never stopped being fascinated by hundred years of esoteric practices of mysticism in Europe and America. When I was a magazine editor in my 20s, I reported and wrote a piece about a college friend who was murdered by a serial killer in central Ohio. Somehow all these things swirled around in my scattered mind and became a novel.

Nyani Nkrumah: Car rides as a child reciting the poem “Tarantella,” and the sound of the words to the clap of our hands, book groups, Zimbabwe early ‘80s, books with settings in the warm south, dusty roads and rural places, friendships, early lessons learnt well.

Kashana Cauley: Soylent. Ammon and Cliven Bundy and all those weeks they spent hanging out armed on federal land, threatening cops and not getting killed. My parents’ emergency stash of canned chili. The two sets of New Yorkers I read about in the news who were stockpiling guns in neighborhoods with zero crime whatsoever. Standing in the canned food aisle at Target three weeks before COVID hit, positive that buying three weeks of dried beans and rice would get me through a pandemic.

Kashana Cauley: No, so I’m going to use a complete sentence. A lot of my friends had left New York for cost reasons, and I felt more alone then, which made writing about a group of people who were getting high on rugged individualism to try and cure their feelings of being alone in the world tempting.

Daniel Torday: The rise of American fascism. Low-level anti-Semitism growing across the country. A big question in my mind, in all our minds: where does evil come from. Is this evil we’re witnessing, or just radical neglect. Lots of parenting. Lots of teaching. Reading Hasidic mystics. Playing some old-man tennis.

Kevin Maloney: I don’t necessarily despise it, but “autofiction” is a complicated word. It used to be called “fiction.” All fiction is autofiction on some level.

Nyani Nkrumah: Hmm, perhaps I just have a hard shell or am just excited that someone is reading and writing about the book—can’t think of anything I despise, but be sure to ask me after January, when the book is truly out.

Jason Roeder: Snarky, sarcastic, amusing. That last word is the worst of them all for some reason. I feel like it represents the lowest level of engagement possible with a joke.

Nyani Nkrumah: A singer. I have a bucket list wish to sing one song (more if I am allowed), amazingly mind you, in front of thousands of people.

Jason Roeder: Maybe animal rehabilitation. The more seals we release into the ocean, the less likely they’ll develop a taste for human flesh.

Kashana Cauley: Since we can throw talent out, I’d love to be a terrible musician. Just give me an instrument I don’t know how to play and a handful of people to hang out with who can’t stand the fact that I can’t play it.

Daniel Torday: Constitutional lawyer. My Steph Curry is Erwin Chemerinsky, Dean at Berkley Law—I read his gigantic books on Con Law for pleasure, like I’m some kind of weird legal Talmudic glutton. I look at Jamie Raskin and think, Man, that guy has a good head of hair for his age. I wish I’d grown up in the days when people just “read the law”—no law school. Just read up on cases, understand torts and contracts, pass the Bar, practice. Even now I think I could write the living viscera out of an amicus brief if I had a chance.

Kevin Maloney: I almost became a farmer once. If I couldn’t write, I’d farm.

Daniel Torday: I like describing things. If I hadn’t been a novelist I could’ve written some damn fine J. Peterman catalog copy. I was a very bad writer of dialogue, so I spent years listening to people and got better. I’d like to get better that that slow, introspective world of abstraction where emotions are most often found. I rooted it out of myself for some time, for some reason. Now I want it back.

Kevin Maloney: I think I’m good at dialogue, humor, and editing down to the bare essentials so the prose propels the reader forward. I’d like to get better at novel structure and being more vulnerable on the page.

Jason Roeder: I can write a decent joke, and you’d better believe I’ve done everything in my power to avoid being asked to do more than that.

Nyani Nkrumah: Movement. I love it when characters move—running, fidgeting, breathing. Also, getting into characters’ heads. I would like to be better at writing pages without editing so much on the first draft of a chapter. I fiddle with words forever and I can be stuck in that minutiae for months with no end in sight.

Kashana Cauley: I’m good at dialogue and thoroughly unusual descriptions. I’d like to be better at everything else.

Kevin Maloney: I’m a slow reader. I struggle with staying focused. So I write books that, I hope, move quickly and don’t take up a ton of the reader’s time. Love it or hate it, I’m not going to dilly dally. Also, I think my books are fun. That’s my hope anyway. Reading should be fun.

Kashana Cauley: Thinking about the hubris of thinking that anyone has or should have any interest in what anyone else has to say about anything either.

Nyani Nkrumah: Accepting that I cannot please everyone, so making sure I first write authentically for myself. Of course, those early test readers are crucial—and listening to their feedback is part of the process before letting go.

Daniel Torday: Some people spend their lives learning about a single protein so they can contribute to making people less sick. Some people can look up at a night’s sky and after long training and experience tell you which one’s Jupiter, which one a dead satellite that’ll orbit earth long after we’re dead. Others of us give our lives over to seeing causation where this isn’t any and calling it “narrative,” or reading up on etymology so long we know where astronomy and gastronomy come from. I kind of like Flannery O’Connor’s answer to “why do you write” best: she always just said, “Because it’s what I’m good at.”

Jason Roeder: I hope it’s not hubris to say that people should develop an interest in my writing.

“What Excuse Do I Have for Having Written Nothing Yet Today? None.” Glimpses Into Kafka’s Workshop 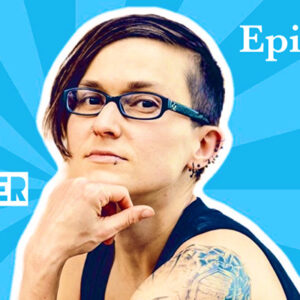 You're tuning into another dimension. A dimension of tweets and the writers who send them. You have just now entered the Twitterverse....
© LitHub
Back to top