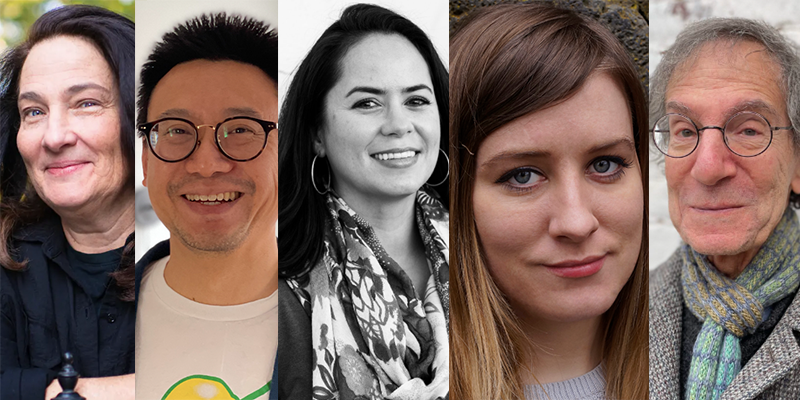 Talia Lakshmi Kolluri (What We Fed to the Manticore)

Hua Hsu: It’s about the arrogance and infinite dreams of youth, the simple rituals of friendship, all the things not worth remembering until memories are all that’s left, the need to drive around until the mixtape is over.

Talia Lakshmi Kolluri: Telegraphing the human mind into the animal body so that the interconnectedness of everything is cast into sharp relief.

Steve Stern: The kind of outsize vision that displaces everything else in experience, Paris when it was the dead center of the cultural universe, Paris when the Nazis came and the lights went out, fugitive Jews making beautiful and terrible images despite God’s caveat, the romance of self-loathing.

A.M. Homes: Evolution. Decay. The rise and fall of (you name it). The desire for those in power to hold onto power—at any cost. The Unfolding is an illustration, a cultural road map charting the intersection of dark money and the political establishment having lost touch with the American people. It is darkly comic—funny-not funny. And as much as it is a story about how we got to where we are politically it is also equally a story about a family, about the power of secrets to disrupt, about coming of age, coming to consciousness and embrace one’s own identity and desire.

Hua Hsu: I grew up obsessed with songs that seemed loud and quiet at the same time.

A.M. Homes: The surrealism of everyday life, a childhood spent in Washington D.C., friends whose children didn’t know where their father’s worked. Security clearances. Seeing weird things—the enormous inequity of the American experience. The need to laugh when the going gets tough. A deep love of the idea of the American Dream. A desire for more apple pie—with a better crust.

Talia Lakshmi Kolluri: Howls. The Iditarod. Complicated grief. Belonging. The transcendent joy of connection with other living things. Fables. An unrelenting desire to understand the other lives around me (even and most especially, the lives we might ignore). The pressing urgency of the climate crisis. The very biggest of all the questions: what does it mean that we live, we breathe, we love, we live no more?

Steve Stern: Following my unplatonic sometimes domestic spousal equivalent Sabrina (who is an artist) around the art galleries of the U.S. and France.

Chelsea Martin: The feeling when you’re 20. Photographs of myself as a child holding kittens wearing clothes. The sad piece of lettuce that comes on Wendy’s chicken sandwiches.

Talia Lakshmi Kolluri: Something like ten years inside a chrysalis. But I look mostly the same even though everything has changed.

Chelsea Martin: Lived in Michigan, Idaho, and Washington, had a root canal, bought a house, got married, downloaded McDonalds app, had a baby.

Hua Hsu: Carpal tunnel, that extended period when the height of sophistication meant owning way too many cool chairs, and, finally, parenthood.

A.M. Homes: The rise of alternate facts, the loss of meaning of words like democracy, moral, American. Cultural dissonance, the cleaving of the spirit. Unfettered racism, sexism, the right talking out both sides of the same mouth—hands off government, hands on the bodies of women and people of color, and immigrants. Your life is not your own. A pandemic. The loss of friends and family. Death. The shrinking of one’s range of motion—literally.

Steve Stern: A plague, a loving relationship, appallingly wholesome excursions on bicycle and foot, good friends, good books, good beer, Shtisel and Friday Night Lights—despite all of which I managed to remain a sad fuck.

Steve Stern: He’s a writer known for being unknown.

Talia Lakshmi Kolluri: “You can’t do that,” is my least favorite thing to hear about my writing. Someone once told me that animal narrators are risky and I shouldn’t use them. And I think that kind of opinion is just too narrow for me.

Chelsea Martin: “Honest.” How tf do you know???

A.M. Homes: I would be both a doctor and a musician in the Rolling Stones. As a kid I went to the National Medical Library in Bethesda Maryland at night to read books about medicine. To me the practice of medicine is an art and a craft. I love listening to people talk about their bodies—their relationship to health and how they experience dis-ease. For the Rolling Stones, well, they are the greatest rock ‘n roll band and I’ve got some moves and a pair of drumsticks that need to move.

Steve Stern: I would like to be a tree-trimmer dangling from dizzy heights with my trusty chainsaw, Lucille, always harboring in my heart an ambition to prune the Tree of Life.

Talia Lakshmi Kolluri: Animal behaviorist. The only trouble I would have with this career is having to focus on just one animal for an extended period of time, because I want to learn about all of them.

Steve Stern: I am especially deft at undermining crucial dramatic moments with warmed-over third-rate jokes, and I wish I could cut it out.

A.M. Homes: Dialogue—I learned the power of a single line from playwrights Edward Albee, Harold Pinter, Caryl Churchill. I love listening to people talk, noticing how they reveal their “true” selves through language.  I started off as a playwright and hope to return to the form as I find it to be the most powerful. What would I like to be better at—narration. I always forget to write about the trees, the background, the lamps on the table. A little more narration would be helpful. And I am mindful of the many ways in which place informs a story and I’d like to lean into that more.

Talia Lakshmi Kolluri: I think my biggest strength is in writing emotional depth into all my stories. The thing I hear most about my work is that I make people cry. I’m not convinced that this is a bad thing. I think crying is a welling up of intense emotion and comes with all sorts of feelings. And I’m really grateful that I’m able to make readers feel emotion. I would, however, like to get better at dialogue.

Hua Hsu: I’m good at figuring out how long a paragraph needs to be. I need to write more during the daytime because late at night things can get dramatic and weird.

Chelsea Martin: I’m good at setting up a whole vibe. I could probably stand to think about “craft” more.

Hua Hsu: A friend came up with the idea of the “negative threshold”—a book that you keep on your desk not to inspire you but simply to remind you that plenty of people produce mediocre works, and that’s fine, you can do that too.

Steve Stern: Not my problem. Like Kafka, I stand quietly in a corner, content that I can breathe.

A.M. Homes: I don’t assume anyone has any interest. As someone who has lived a life on the periphery with their very existence deemed illegitimate from birth, I have no hubris, just an excess of depression and self-doubt.

Chelsea Martin: You’re the one asking me questions.

Talia Lakshmi Kolluri: I think I contend with it by assuming that nobody has any interest in what I have to say about anything which is why it’s always a nice surprise when people do! I wrote this book because I needed to write it. That’s the only reason I ever write anything, because the words must leave me through some avenue. Nobody is required to be interested in them at all. But if they are, I hope it’s because they needed to read them, and that they were helpful in some way.

Was It Ever Possible For One Person To Read Every Book Ever Written (in English)? 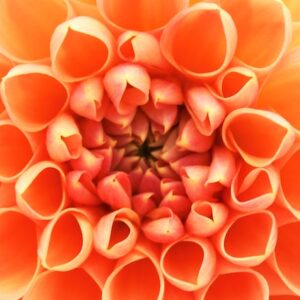 If you don't read much poetry, or feel uncertain in relation to it, you are more than welcome here. Please know that I chose...
© LitHub
Back to top