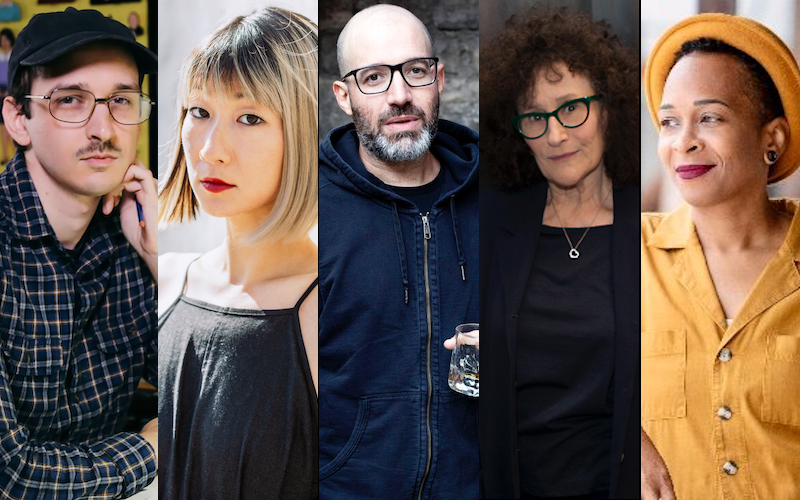 Lynne Tillman: Suddenly you become responsible for your mother, with a brain condition, she is always difficult, and you have always had a terrible relationship. You’re trapped and must deal with her, all of it, for eleven nasty years.

Meng Jin: I have this addiction to dramas of the self, to epiphany and emotional revelation and psychological honesty. I see this work as trying to exhaust my interest in these dramas, get it out of my system–or, to be kinder to my interest, trying to understand it, and observe how it may de/in-form the way I experience reality. The dramatized selves in question are mostly Chinese women. A lot of them are in love, or trying to be.

LaToya Watkins: Motherhood, being Black, being powerful, powerless, and love, all in the same place, all at the same time.

Lynne Tillman: Years ago an older friend said, when you’re older, you have to tell everything you know, everything you have learned. I was pretty young, and it had a profound effect, though I didn’t understand it fully. When I recognize a problem, issue, truisms that drive me mad, etc., I think about ways to narrate it. I write fiction not about what has happened to me, but about what I’m thinking, what puzzles me, what I don’t understand, what worries me, what social, cultural and political questions engage me.  It can be anything, little or big.

Nick Drnaso: Medication, therapy, marriage, routine. Most days were exactly the same and it’s all a blur.

Lynne Tillman: Reflecting on a vexatious eleven years. Relief and exhaustion and anger. Thinking even more about death than usual. Isolation. Disease. The Covid-19 lockdown.

Adam Levin: Unemployment. Economic anxiety. Surprising turns of fortune. A bunch of private stuff I don’t talk about in interviews. Living far from most people and places I love for the first time in my no-longer-somewhat-short life.

Adam Levin: I can’t think of any words I actually despise, but I do tend to cringe when words more conventionally used to describe food are applied to fiction—mine or anyone else’s, but especially mine. Tasty. Spicy. Tangy. Yummy. That kind of thing. Same goes, for that matter, for when words like those are used to describe the object of someone’s sexual attraction. In fact, now that I think about it, I don’t like it when people use words like those to describe food, either. It disgusts me, really. So I was wrong before. I do despise some words.

Lynne Tillman: Quirky. Clever, when used by an American. Pretentious. Difficult. Hard to identify with… Unlikeable.

Meng Jin: I don’t despise any words. But I find it amusing when my fiction is described as distant or cold, negatively. Distance feels right to me. When not weaponized or mutilated by social forces, distance of one consciousness from another can be thought of as dignity. And cold is okay, I write for warm-blooded animals. I don’t write to make psychopaths feel things.

Meng Jin: I’ve fantasized about being a monk, a cook, a painter, a mother, a translator, a baker, a subsistence farmer.

Nick Drnaso: My wife is a florist and sometimes gets annoyed when people tell her that is their dream job, as if they’re imagining something easy and mindless, so I hesitate to idealize a different career.

Lynne Tillman: Film and theater director. (I wanted to say, be in a writers’ room for comedy, but that’s writing.)

Nick Drnaso: I feel inadequate in many ways. I’m not a naturally talented artist. Ideas don’t come easily. I’m not trained as a writer and have trouble composing dialogue. I work very slowly. If you can call it a strength, I have some ability to work through my self-doubt and try to produce something regardless.

Meng Jin: I’m pretty good at writing like a human. In the future I’d like to write more like a plant, still and rooted, searching underground, cuddling with bees, turning my face towards the sun.

Adam Levin: As a boy at day camp, I guess I showed what one counselor called “a not unimpressive talent” for braiding lengths of plastic string into keychain lanyards. I haven’t done that in years, but I imagine I’m still pretty not-unimpressive at it—I’d bet that’s my strong suit. Weaving potholders, on the other hand, has always been a challenge for me. I’d like to be a better potholder weaver.

LaToya Watkins: I’m good at developing characters and giving them strong voices. I’d like to sharpen the skill of developing setting as character.

Lynne Tillman: Word choice, syntax, characterizations, rhythms. I wish I could write a spy novel, but I would have to set it up in advance, every moment of it, elements hidden or subtle that were causal or significant or created suspicion, a novel that was plotted completely. I don’t have the chops.

LaToya Watkins: When I’m writing, I don’t. But I do like to write for an audience of one. That audience changes with each work. Outside of that, I don’t think I’ve found a way to contend with it. I just go with it.

Adam Levin: By seeking the publication of my fiction.

Lynne Tillman: With the publication of my first novel, any subliminal or unconscious hope I had for response and readers was pretty much destroyed. My so-called career has been a slow, slow burn. That doesn’t answer the question: I still go on writing. I must believe it is of interest to someone other than myself. But I also don’t believe anyone else should have an interest in it. I want them to, but steadfastly do not think about readers when writing. I’m surprised when I learn that someone is reading my work.

Meng Jin: Oh, I don’t. “What I have to say” is not how I think of writing. If I accidentally think of it (I’m not a monk) I don’t tend to write well, or happily. When I am writing happily I know that I am engaging in a basic animal activity, the activity of being alive from one moment to the next.

Nick Drnaso: That’s the biggest struggle, without question. Working in private can feel very peaceful, but sharing something publicly can feel unbearably shameful. I don’t think there’s a remedy.

Meeting Language at Its Most Elemental Place: Belinda Huijuan Tang on Re-Learning Chinese 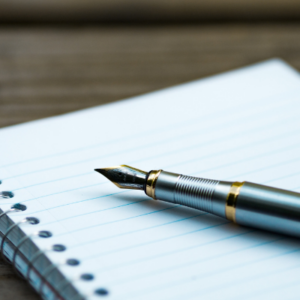 Meeting Language at Its Most Elemental Place: Belinda Huijuan Tang on Re-Learning Chinese

I was the recipient of so stereotypically an “Asian” childhood that I wonder if it is a detriment to racial representation...
© LitHub
Back to top