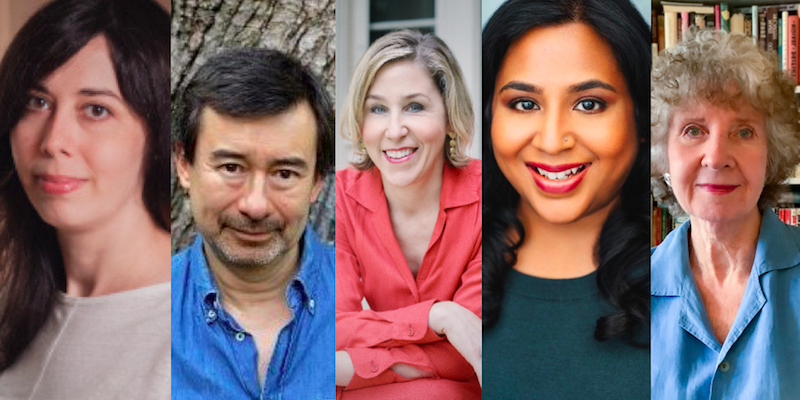 The Lit Hub Author Questionnaire is a monthly interview featuring seven questions for five authors with new books. This month we talk to some authors with books out just now, and some we missed the first time around in 2021:

Cara Blue Adams (You Never Get It Back)

Peter Ho Davies (The Art of Revision: The Last Word)

Hilma Wolitzer (Today a Woman Went Mad in the Supermarket)

Cara Blue Adams: It’s about the feeling that comes over you at dusk in Vermont, when you can’t quite tell if what you’re experiencing is melancholy or enchantment. It’s about the distance between longing and having. It’s also about poverty and its absence, being a girl and young woman, looking at the world and really studying it, and wanting to lead a life that feels urgent and meaningful.

Kirthana Ramisetti: The importance of one life lived, and how it can impact generations. Legacy, both how it is perceived in the world and with those closest to us. Family, and how much they frustrate us, and how much we love them anyway. Facing regrets, and learning to let go. Celebrity gossip. Secrets. And so much music.

Pamela Paul: It’s about what the Internet has done to our minds, our bodies, our emotions, our relationships, our sense of well-being from the moment we wake up to a phone (read: mini-Internet) alarm to the moment we struggle to get to sleep at night because our brains are spinning from everything the Internet threw our way that day and yet we still need to “check just one more thing” before bedtime. And it’s about who we used to be and what we used to do and how we got by before all that.

Kirthana Ramisetti: Steven Sondheim’s Company. High Fidelity (the TV show). LaineyGossip. Anne Helen Petersen’s “Scandals of Classic Hollywood” series for The Hairpin. The R.E.M. discography. The Last Waltz. Steven Hyden and Hanif Abdurraqib’s discussion of The Last Waltz on this podcast. Writing about entertainment and celebrities in my former day job. “Who Lives, Who Dies, Who Tells Your Story” from Hamilton.

Cara Blue Adams: Wildflowers in Vermont: Queen Anne’s lace, those purple clovers with florets that pale toward the bottom and, if you pluck them, taste faintly sweet, yellow buttercups. The unforgiving light in the desert. Cacti blooming in Tucson in the springtime. Wanting to reread someone’s email as soon as you’ve read it, the feeling of excitement when their name arrives in your inbox. The Southwest, and abstract painting. Maine’s coast.

Pamela Paul: A long commute to write during and then a raging pandemic with no commute.

Cara Blue Adams: Studying literature, moving across the country and living in the desert and bayou and near a saltwater marsh and a secluded beach and in various cities, reading and hiking, editing a literary magazine, ascending the spiral ramp inside the Guggenheim, becoming a professor, exploring New York City and the Hudson Valley and Catskills.

Kirthana Ramisetti: A time of transition. Approaching forty, and then crossing it. Deciding it was time: book or bust.

Peter Ho Davies: Fatherhood and losing a father—a generational form of revision we’re all subject to.

Kirthana Ramisetti: I don’t have any words I despise because I don’t really read my reviews. I used to do a lot of cautious Googling, and then I saw one review that called my book “trite” and the other said it had too many characters. I now no longer read reviews unless they are sent to me. It’s much safer this way!

Pamela Paul: “Polemic,” “rant.” These are words used to dispel arguments without actually engaging with them. Oh, and one word that other people like and I do not is “lyrical.” I generally do not want to read anything described as “lyrical” and if someone applied it to my writing, I would feel gravely misunderstood.

Peter Ho Davies: ‘Despise’ is a bit strong, but my heart used to sink a bit at the word “Promising.” Also “Brave” (which I can’t help hearing as “foolhardy”).

Hilma Wolitzer: Not for quite a while, but “another mad housewife,” and “women’s fiction.”

Cara Blue Adams: None, so far, although an early reader said that the book has “the precise, lovely writing of Elizabeth Strout” combined with “the angst and ennui of Ottessa Moshfegh,” and I’m a little mad that I didn’t think to describe it that way myself.

Peter Ho Davies: Writing may be the career I have irrespective of talent or schooling! Otherwise, I used to be in sales, and I fear I did have a talent for that. I could probably sell anything (except my own books!). My son wants to be an environmental scientist, which seems an essential calling right now.

Cara Blue Adams: A painter, with a studio in the Southwest flooded with all that light. High ceilings, lots of windows, a whole day ahead, the radio on.

Kirthana Ramisetti: It would be a lot of fun to be a music supervisor for TV and film. Having a job that involves listening to music with the goal of finding the perfect song for a particular scene sounds like a dream job. (I’m sure it’s much more complicated than what I’ve described, but I imagine it still must be amazing.)

Pamela Paul: Cabaret singer or cartoonist. I have a talent for neither.

Kirthana Ramisetti: I think I’m really good at dialogue, and love writing conversations between characters, especially when they have different points of view. I find writing settings very challenging, particularly describing homes and rooms. With this novel I feel like I have improved on that somewhat, but still would like to get better.

Hilma Wolitzer: I think I’m good at finding humor in dark places and the darkness at the edge of humor. I wish I could sustain a narrative for four hundred or more pages.

Pamela Paul: I’m a scrupulous self-editor and I kill echoes like nobody’s business. I can also spell pretty well, which is useless now.

Cara Blue Adams: I push myself to “tell the harder truth,” as Amy Hempel says, and I can be funny sometimes, too. More broadly, I’d like to say I’m good at scene and at stories? I’d love to get better at writing novels! People are partial to them, I understand.

Pamela Paul: One of the benefits of my day job at The New York Times Book Review is seeing all the far-out micro-subjects and wacky premises of the thousands of books published each year, which makes me realize that there is a reader for pretty much anything. If there’s at least one person out there who wants to read a book about the varied habitats of mole rats, I figure there’s at least one person who will want to read what I write.

Hilma Wolitzer: I don’t think about readers other than myself while I’m writing. Later on, it’s another story: hubris and terror.

Kirthana Ramisetti: I guess I don’t think of it that way. My novel exists as an option to read–or to ignore. Just because a book (or a painting or movie or album) exists doesn’t guarantee anyone’s interest. I feel extremely lucky to have a book that can be found on a bookstore or library bookshelf, and what happens to it beyond that is not in my control.

Cara Blue Adams: As I write, I often imagine that I’m speaking to someone very close to me, trying to be honest with them and to entertain them and, at the same time, to convey something about the world as I experience it—about what puzzles me, about what feels most urgent. Otherwise, I’m not sure why I’m doing it.

Peter Ho Davies: I’m not sure I do think that, but in any event publishing seems a pretty good cure for hubris!

“A Story That Wouldn’t Let Me Go.” Nadifa Mohamed on the 1952 Case at the Heart of Her Novel 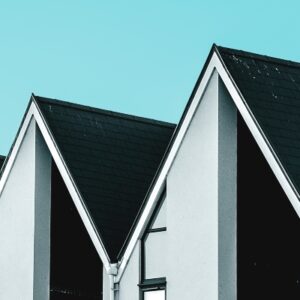