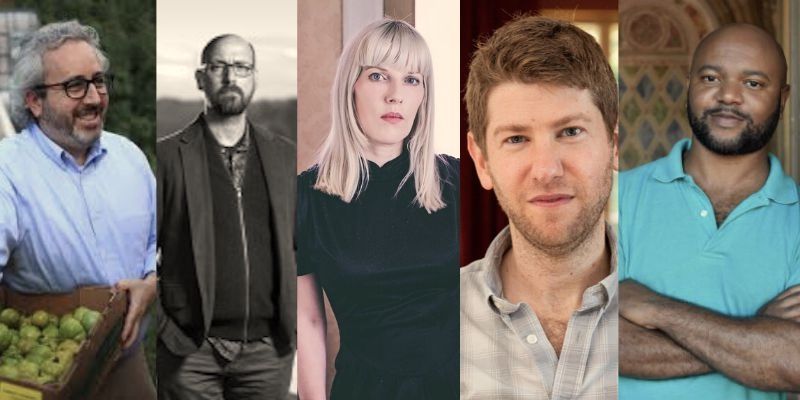 The Lit Hub Author Questionnaire is a monthly interview featuring seven questions for five authors with new books. For the end of the year, we’re talking to four authors we missed when they first came out, plus one with a new book:

Benjamin R. Cohen: Trust, sincerity, authenticity, purity and nature, on one side; deception, corruption, duplicity, adulteration and artifice, on the other. Food and agriculture on both sides.

Chip Cheek: Sex. Marriage. What otherwise decent and law-abiding people are capable of doing when the normal rules no longer apply. Love, loyalty, and desire. The loss of innocence. Time and memory.

Adam Ehrlich Sachs: The possibility that none of you exists, only me.

Adam Ehrlich Sachs: The realization, at 14, when my mother told my father that I had become obsessed by the fear that everyone else in the world was an automaton, and he hugged me and told me that when he was my age he’d been gripped by the very same fear, that that is exactly what an automaton would say and do if it was programmed to convince me it was real.

Chip Cheek: My own (very happy) marriage. A memorable experience at a certain work conference many years ago. (What happens in Colonial Williamsburg stays in Colonial Williamsburg.) Memories of sneaking out of my house at night when I was a teenager and going skinny dipping, etc. Off-season writing retreats at my friend Lizzie Stark’s beach house in Cape May, New Jersey. The summer my wife and I went to the beach every weekend. Gin with mandarin orange seltzer water and a squeeze of lime (aka fizzy drinks). “Vltava” by the composer Bedrich Smetana. “New Romantics” by Taylor Swift. The TV show Pretty Little Liars.

De’Shawn Charles Winslow: A woman I knew during my childhood inspired the book, but reading novels by and about black families inspired me to pursue a writing career.

Wendy Erskine: A paramilitary having a romantic meal; “Black Sail” by Chastity Belt; the bas-relief of deltoids as a hot woman exercises in the gym; 666; re-grouting a bathroom floor; a tatty A4 page blu-tacked to a window in a sleek building; the charm of the foreign correspondent; green sweets; Gene Clark; Syd Barrett; chronic skin conditions; Grand Hotel des Bains; and camera clubs.

Benjamin R. Cohen: A slew of con men, industrialists, scientists, cooks, farmers and bureaucrats filled the annals of food and agrarian life in the 1800s; I found their schemes and exploits in archives at a dozen libraries and museums. And before that, I was inspired by the historians who explain how science and culture simmer together and those who show how our ideas of nature come from our actions in it.

Wendy Erskine: I wrote it at my kitchen table so very site-specific things were going on: people making tea, coffee, toast, having a beer, bickering, laughing, asking me the same questions over and over and over because my head was too full of sad, sleazy and stoical people to hear what they were saying.

Chip Cheek: Binge-watching the TV show Pretty Little Liars. Reading Donna Tartt’s The Secret History for the first time. Being newly married and living in our first apartment together without roommates in Somerville, Massachusetts. Having cocktails with friends every Friday evening at Saloon in Davis Square. Working part-time as the head instructor at GrubStreet, a creative writing center in Boston—the best job I’ve ever had. Preparing (while feverishly completing the final draft) for the birth of our daughter.

Benjamin R. Cohen: Moving, teaching, moving, moving. Learning to live with and support those who have chronic pain. That phase that begins when you have kids who just started grade school but then, a blink later, your home is full of teenagers.

Adam Ehrlich Sachs: Beings, including an infant daughter, continually trying to assert an existence independent of my consciousness. My wanting to believe them…

Wendy Erskine: I don’t despise them—they’re mildly irksome—but “arch humor” and “wit.”  Hey, at the party you’re going to be sitting next to the arch and witty person!  Welcome to an evening in the company of a self-regarding and exhausting bore!

Adam Ehrlich Sachs: “It’s only the second book that I ever didn’t finish as an adult. There was one in high school but that was over 40 years ago.” –on Goodreads. (Each individual word here is fine. But in combination I don’t like them.)

De’Shawn Charles Winslow: I don’t have an answer for this question.

Benjamin R. Cohen: Difficult, maybe?, though I don’t want to be. I’m in my head a lot, and I know where I’m going, but sometimes reviewers want more of a walking-them-through, and they’re probably right, but I don’t like hearing it.

Chip Cheek: I can’t think of any I despise; I love seeing how people variously interpret my book. At first I didn’t like people calling it a beach read, but I’ve since come to accept it. I once saw it described somewhere as “upmarket women’s fiction,” which I think is hilarious, so that’s how I describe it to everyone now.

Benjamin R. Cohen: Freelancer hired to punch up scripts, or, barring that, interviewer of comics for the world’s most charming podcast, which in this scenario is a lucrative occupation and I’d start with Paul F. Tompkins but also include Sarah Silverman, Phoebe Waller-Bridge, and Steve Martin in the first season, because I’d have seasons and people would ask when the next one is coming out.

Wendy Erskine: I don’t have a career in writing.

Adam Ehrlich Sachs: I would live alone as a forester in the middle of the largest and most isolated alpine forest in the world. But I would have the internet and be on it constantly.

Adam Ehrlich Sachs: I can write about one mind. I would like to be able to write about two or more minds.

Wendy Erskine: I would say dialogue, but not in an epigrammatic or sparkling sense.  I spend a long time considering whether “gimme that” is better than “gimme that would you.”  But I hope there are realms of implication in my quotidian non-communication. And better at? I would like to incorporate more ecstatic and issue-free physical contact.

De’Shawn Charles Winslow: Dialogue comes easier to me than narration/exposition.

Chip Cheek: I think I’m good at characterization and dialogue, especially summarized dialogue. I think I’m good at capturing emotions that can’t easily be described, and how they’re always shifting and developing—or anyway, this is what I’m always trying to do, because it’s how people actually experience life. I think I’m good at writing about living in a physical body, the pleasures and discomforts. Every writer says this, but I don’t feel very confident with plot, which is why my novel has a very simple, linear one. I wish I were much more prolific.

Benjamin R. Cohen: On the upside, I’m a pluralist, an interdisciplinary writer, and I think I’m pretty good at integrating different kinds of quotes, images, sources, and disciplinary angles to get at something. On the downside, I’m a pluralist, so I’d like to be better at telling a straight story. It’s hard for me to write with no digressions and no meandering, just right down the line.

De’Shawn Charles Winslow: I was taught at a very young age to never expect anyone to have interest in anything I say or do. Those teachings have helped me a lot in this sometimes-tough world. Naturally, I hope people will be at least a little interested in what I say and do, though.

Benjamin R. Cohen: I’m not sure, except I’m a historian and I almost always think the thing someone’s talking about isn’t as interesting as the thing that came before the thing someone is talking about. Where did it come from? What decisions did people make to get us here? Why’d they do that? It’s not so much what I have to say about anything, I guess, and more about accepting that I think the background is more fascinating than the foreground and other people might too.

Chip Cheek: Very poorly. I have a hard time convincing myself that anyone cares about anything I have to say about anything at all, which is why essays are extremely painful for me (I need a specific assignment and a deadline to write one), and it’s why I have to force myself to post anything on social media. Q&As like this one are easy—because you asked, so you’re obviously interested! The only thing I actually enjoy writing is fiction, because with fiction I feel free to write only what thrills and/or obsesses me, and I can more easily convince myself that I don’t care what anyone thinks about it.

Wendy Erskine: For many years, gracious boredom has been my mode as I listen to people telling me about things in which I have no interest.  Now it’s payback time.

How Berlin Reckons with Its Past Each and Every Day 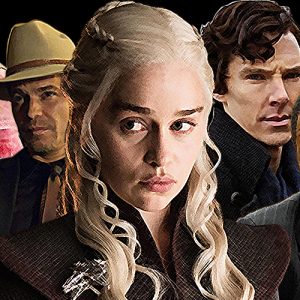 As you may have noticed, over the past few weeks, we're been looking back at the best books from the decade, from novels...
© LitHub
Back to top