Gabriella Burnham (It Is Wood, It Is Stone)

Yiyun Li (Must I Go)

Laura van den Berg (I Hold a Wolf by the Ears)

Gabriella Burnham: Women sharing stories with other women. São Paulo and its slippery power structures. The ways in which our bodies betray us. Also: rain storms, sex, rice and beans, rocky beaches and cobblestone roads, wooden chairs, pineapple caipirinhas, and a stray dog.

Yiyun Li: Life is capricious, and my book is about a woman’s willfulness to go through a messy life on her own terms, hilariously and heartbreakingly.

Laura van den Berg: I’ve been describing Wolf as a gathering of “sideways ghost stories,” or stories that come at the haunted from an unexpected angle.

Adam Wilson: The value of love in a commodified world.

Adam Wilson: Eminem’s The Marshall Mathers LP.  The 2008 Wall Street crash. Sex & the City. My hatred of fitbits. One famous tech dude’s particularly bad idea about how to save the economy through data mining.

Gabriella Burnham: I listened to a lot of Brazilian music while writing It Is Wood, It Is Stone, especially Elis Regina. Anna and Emil inspire me, as do Karina and Simone, intersectional feminist philosophy, and Black Marxist philosophy. I’m always chasing that feeling when I’ve just been seduced by a piece of writing. And, of course, poetry and the ocean.

David Goodwillie: They’re probably more of inspiration than an influence, but I’ve always been fascinated by the people who move to a place like New York City—be it from a distant town or nearby suburb—when so many of their friends and classmates stay behind. That inner drive, that restlessness, that decrescent idea of betterment…that’s what I set out to write about in

Yiyun Li: Ten volumes of a woman’s diaries that took me longer to read than writing the novel; another woman’s letters to her sister in Boston, from the gold mines in California’s Central Valley; a memoir by a woman loved and admired by many writers known in her day but unread now; a visit to Great Village to see Elizabeth Bishop’s old house in Nova Scotia; conversations with my friends; a few unshed and unshedabble tears.

Yiyun Li: Losing my son Vincent, and missing him every day.

David Goodwillie: An alarmingly large part of my adulthood.

Gabriella Burnham: The latter half of my 20s: wild nights, transitions, and 50-hour work weeks. Fell into a pool of love, swam in sisterhood and in romance. Finally learned what a “flow state” is.

Laura van den Berg: Reconnecting with my home state; reconnecting with therapy; several moves; starting a new job; teaching; an apartment building with terrible neighbors; spending a summer at a residency in an Italian castle; conferences; boxing; remembering; my mother getting older; my dad dying.

David Goodwillie: “…in a style reminiscent of Bret Easton Ellis.”

Yiyun Li: “Not for the fainthearted.” (Surely it is an insult to literature?)

Adam Wilson: The “slacker” tag used to really annoy me, but now it feels kind of retro and cool. I dunno—”indulgent” maybe? No one’s ever actually called me that, but I know they’re thinking it!

Laura van den Berg: I’ve never been all that keen on “dreamlike.” I get, I think, the intended meaning—that there is a hallucinatory quality—but also there’s perhaps the suggestion that the work lacks the weight of the real.

Laura van den Berg: I would devote myself to becoming the world’s most mediocre amateur boxer.

Adam Wilson: It would be nice to run a little charcuterie in a small town in the south of France. I think I could get into that.

David Goodwillie: I think I tried them all in my twenties. A rough patch, to say the least, but at least I squeezed a memoir out it.

Gabriella Burnham: Beekeeper or third-in-command on a spaceship (I still may become a beekeeper).

Yiyun Li: Gardener, which is another profession that requires patience and endurance of unpredictabilities.

Yiyun Li: I can talk about craft elements in other writers’ work, which I do when I teach, but not in my own writing. I would be withering instead of writing if I had to think about craft when I write. A few things I would like to be better at: to be able to name more flowers and colors in English; to improve my mastery of prepositions and gerunds and the subjunctive mood; to be a bit less prodigious with the numbers of colons and semicolons I use.

Gabriella Burnham: Let’s define strong suit as that which gives me the most pleasure. I love crafting a poetic alternative.  I want to learn how to find pleasure in personal essay writing. It requires a kind of explicitness that feels so uncomfortable to me.

Laura van den Berg: I don’t really think of craft in this kind of compartmentalized my way—strong suits vs. what needs improvement. I just want to become more radically myself on the page with each project; for my writing to become more rigorous and expansive in its representation of the world; and to do something different with each book.

Adam Wilson: I’m pretty good at creating momentum, would like to be better at maintaining it.

David Goodwillie: This question kind of freaks me out.

Laura van den Berg: In Lost Children Archive, Valeria Luiselli writes: “I suppose that documenting things—through the lens of a camera, on paper, or with a sound recording device—is really only a way of contributing one more layer, something like soot, to all the things already sedimented in a collective understanding of the world.” That’s how I think of writing books these days, as a chance to contribute one more layer.

Yiyun Li: I happen to have two dear friends who have some interest in what I have to say about some things, even when I make nonsense instead of sense, so all is well.

David Goodwillie: I could get a bit meta with this, but on a basic level, I don’t tend to think of novels—or good novels, anyway—as hubristic, in that the intent is to hide any authorial voice behind the characters. Memoirs, on the other hand…

Gabriella Burnham: Don’t worry—after a decade of working in corporate America, many middle managers have wrung that hubris out of me. What’s wonderful about art is it isn’t a knowledge transfer (the all-knowing writer “saying” something to the vessel reader). Art is about community and collective experience. As a writer, I share, and readers share back. And then I share again, having built on our last experience, and so on. It’s a reciprocal relationship.

The Rise of the Feminized City 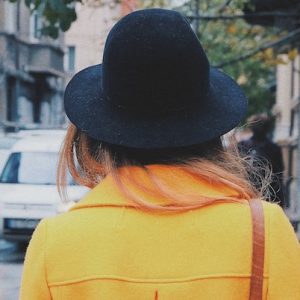 The Rise of the Feminized City

The notion of women as property and restrictions on women being alone in urban public space have a long history. Elizabeth...
© LitHub
Back to top