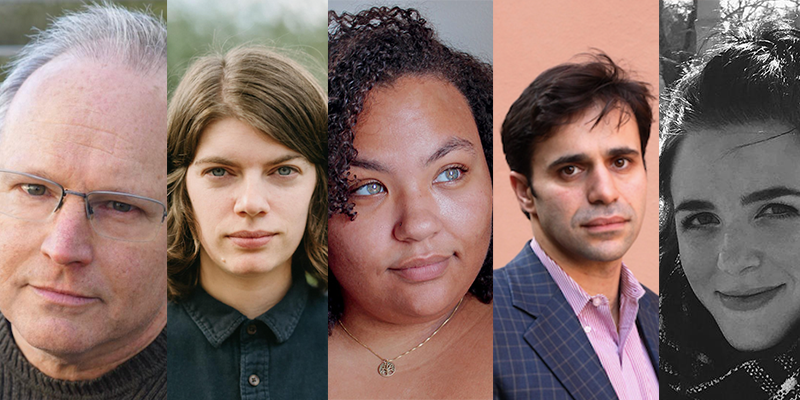 Ashley Hutson: Cheating the timeline. Creative triumph. Disappearing. Transcendence through fiction. The power of money. The power of will. Dreams.

Michael Bourne: Blithedale Canyon is a coming-of-age novel about a guy who should have grown up a long time ago and didn’t.

Jules Ohman: Queer first love. Expansive gender. Finding a creative path. Pacific Northwest adolescence and its aftermath. First grief. Making out with your friends. The pleasure of longing and of finally having.

Keith Gessen: Raffi, who just turned seven and recently read parts of the book to himself, said he thinks it should be called Raffi Raising Dada, or else All of Dada’s Thoughts. Both of those struck me as pretty good descriptions.

Leila Mottley: Nightcrawling is about vulnerability and protection and what we owe young Black girls.

Ashley Hutson: Three’s Company. My own desire. Wish-fulfillment. The calling world. The bleakness of reality and my rage against it. Identity disorders. Can you escape this shell? Does happiness require delusion? The questions and the answer.

Keith Gessen: All the parents of little kids I talked to on the playground who were as confused and desperate and sleep-deprived as I was. Also all the writers who’d taken their lives as they were and tried to write about them in a way that generated meaning.

Michael Bourne: Writing for newspapers, back when most small towns still had print newspapers. Being a parent. Bruce Springsteen. Lyle Lovett. Rickie Lee Jones. My late mother, the secret author, who sold her first book at age 82, eight months before she died. (Okay, that last one is cheating because she’s an author; but she’s also my mom.)

Jules Ohman: Falling in love with girls across a room at aughts indie shows and never telling them. Double points if they’re onstage. The queerness of the fashion industry. Anxiety, both daily and climate. Women in suits. Fear and love of water. Being drawn to other queer people before knowing that they’re/you’re queer. Oregon in winter.

Jules Ohman: The whole of my twenties. Leaving home. Making new homes. Reaching comfort with my own self and sexuality. Reading novels. Long friendships. Working. Breaking up. Tutoring. Grant writing. Teaching. Library carrels. Falling in love. Reading poetry. Music on headphones. Losing my grandmother. Therapy. Being alone outdoors. Watching gay movies. Floor crying. Talking to friends on the phone while walking. Getting married in an arboretum in the morning.

Keith Gessen: Lack of sleep. Too little time. Many decisions. Not qualified to make them. Our kids uniquely bad? Probably not. But are we sure?? Write long essay. And another. Now is book.

Michael Bourne: Blithedale Canyon isn’t out yet, and so far there’s only been one review, in Publishers Weekly, which was entirely positive. So, nothing especially despicable yet, but I’m sure it’s only a matter of time.

Jules Ohman: Quiet. Understated. I don’t dislike those terms on their own, but they don’t feel totally accurate to my writing and feel weirdly gendered.

Ashley Hutson: Not any words, really, but comparisons to other contemporary books and authors (who are most always other women) occasionally annoy me. It’s all part of the game, but it reminds me of the old knock-off perfume slogans. “Like Giorgio? You’ll LOVE Primo!” That kind of thing.

Keith Gessen: “Serious.” “Grim.” I mean, come on! Like most humans, I just want to be considered funny.

Keith Gessen: This one is easy. I would be a professional hockey player. Wouldn’t have to be the NHL. I’d gladly play in one of the European leagues. Travel from one Czech town to the next, play in front of a raucous crowd, have some beers afterward, wake up the next day and do it all over again.

Michael Bourne: If I could do anything, I’d be playing first base for the San Francisco Giants. That was the original plan when I was, like, fourteen. Couldn’t hit the curve. Story of my life.

Ashley Hutson: I would choose a career of leisure—of reading, of traveling occasionally, of getting high and getting laid, of swimming in a clean river, of watching squirrels collect nuts in the backyard, of writing and making art, of eating good food and sleeping deeply. In America I believe this career is called being rich, mostly because only the rich can afford to live near a clean river.

Jules Ohman: Professional eavesdropper. Documentary filmmaker. I love long documentaries about people doing ordinary things and I love to sit near people having an ordinary but intense conversation.

Leila Mottley: I love kids, so I’d probably work in some form of childcare or child-development-adjacent career, maybe social work. I think I would also be happy working for a nonprofit or organization I believe in.

Ashley Hutson: I can write a decent sentence. I hate writing dialogue. My god, I hate making people talk. I can never remember the way a conversation works unless I’m in one, and even then…

Michael Bourne: I think I have a decent feel for dialogue. And I’m good at figuring out characters, what makes them tick. My prose is just serviceable. I write what I call “magazine-ready” prose—clear, direct, occasionally witty, but nobody’s ever going to quote a line from one of my books to impress a woman on a date.

Leila Mottley: I think I’m good at complicating my characters and internal monologue. I’m always trying to get better at complicating plot and juggling timelines, as well as getting to the point in the beginning. I’m a very linear writer, so I have to do some trimming and cutting to get to the center of the plot, which isn’t always the most natural for me.

Jules Ohman: I think character development and creating a strong sense of place. I’d like to be better at high stakes plot, but first I’d have to figure out what plot really is. I admire writers who are able to land those planes. I’m still learning to fly them. Then again, I love emotional undercurrents and they can carry a whole book for me.

Keith Gessen: I get bored very easily, including by my own writing, and this means I am pretty good at editing myself and cutting things that aren’t working. (I mean, within reason. I do get attached to various stories and jokes and need to get talked out of them.) The thing I wish I was better at was physical description of any kind. Beyond “tall,” which many people seem to me, because I am not tall, I am not good at describing what people look like. Or buildings or trees or anything. A little sad, actually, for a writer.

Leila Mottley: I don’t think that I have anything more to offer than any other writer or artist and, because I grew up surrounded by many incredibly talented artists, I know that the path to public success is in many ways about timing and luck and not merit. So I feel very grateful for the position I’m in and, at the same time, I don’t pretend that being published or having readers is entirely a product of talent or having something important to say. Simultaneously, I know that the stories I create have an impact beyond me, and so I don’t think of them as an individual pursuit, as much as a wider, communal one.

Ashley Hutson: I do not contend with it. I feel neither desirous of or entitled to anyone’s interest. I only publish to prove things to myself. I am a universe of one.

Keith Gessen: I used to struggle with this a lot. Why did I get to write this book? Am I deserving of this immense privilege? And then as I got older it dawned on me: No one else actually wants to do this! I mean, you don’t make any money and you make your family mad at you and you’re miserable to be around most of the time… this isn’t that appealing. Obviously some people want to do this and do do it, and some people *think* they want to do it some of the time, and yes there are things about it that are nice, but overall, if you look at literary history, or at your friends who are writers, or indeed at yourself, the happy writer is very much the exception, not the norm.

Jules Ohman: I think about my favorite writers and how glad I am that they wrote their books, that they felt the need to do it, and that somehow their work reached me despite all the odds. If my writing reaches people in that way, I’m glad it’s gotten there. But maybe it would be better hubris-wise to do it pseudonymously like Ferrante. 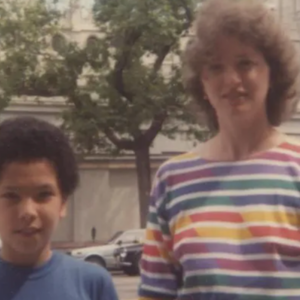