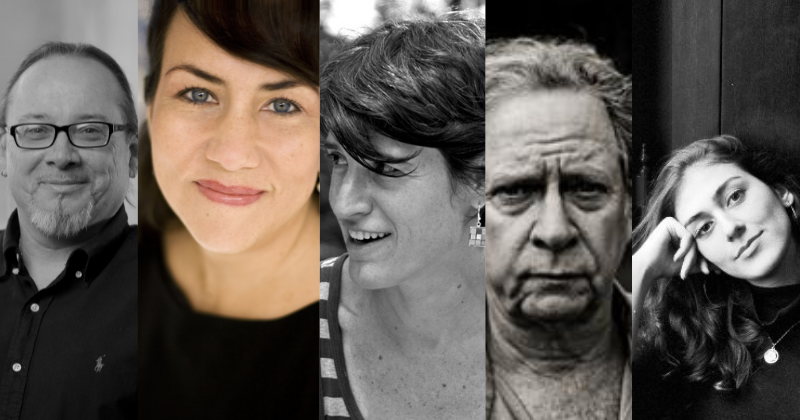 Padgett Powell (Indigo: Arm Wrestling, Snake Saving, and Some Things In Between)

Alison MacLeod: How tough—and how extraordinary—it can be for any one of us to try to live our lives fully. It’s about the ways in which our efforts might challenge—and even transform—the status quo and the powers-that-be. It’s about freedom of speech and freedom of the imagination. It’s about war and healing, and the green shoots of spring. It’s the story of what happened to one classic, troublesome, banned novel: Lady Chatterley’s Lover.

Robin McLean: A tale of tribulation played out in a western theme on a cosmic stage.

Padgett Powell: I seek the poetry of fact, coined by another author.

Robin McLean: A decade and a half in the woods of Alaska where I couldn’t see a neighbor’s light or hear traffic of any kind. A frozen lake in New Hampshire where my dog and I almost fell through. The wild horses in the high plains desert now. Cowboys.

Mina Seçkin: Ancient doctors who bloodlet their patients for being “crazy” and the feeling you get at an airport when you’re a kid of immigrants traveling to or from the motherland. The idea that you can only really feel your body parts and/or organs when there’s something wrong with them.

Alison MacLeod: With Tenderness, I was writing, in part, about a fictional character, Constance Chatterley, who, scandalously, had a love affair while still a young wife. It was an affair that changed who she was in society and simultaneously returned her to herself. There was something of a parallel situation, a painful and life-changing one, in my early thirties. I’m also endlessly interested in the points where the political meets the personal or the intimate. Surveillance—our 21st-century shadow—intrigues and frightens me with its tracking of our private lives for political or commercial gains. When I discovered details of the FBI’s real-life stalking of Lady Chatterley’s Lover and its supporters, I knew I had a novel I had to write.

Mina Seçkin: Living at home in Brooklyn with my parents. Battling the realization that I have crushed their dreams by not going to law school or becoming a doctor. Transitioning from cigarettes to a greater evil, the Juul.

Robin McLean: A haunted corn maze and potato cannon. A mother’s sickness. Love lost. Hospice with piles of composition papers to correct, Sunday football in the background. Love found. A move from east back to west. A mother’s death. Foals. A cairn at 10,129 feet.

Padgett Powell: Ups and downs, aches and pains, hopes and fears, to buy or not buy puppy, etc.

Alison MacLeod: Stepping down from a part-time academic job that hadn’t allowed me any time to write in a serious way. The liberation of that, and my own creative lockdown from Nov. 2018. Then, the shock of the nation’s lockdown. My feeling suddenly that England, where I live, was very much an island, and I couldn’t get off to see family in Canada. The death of a beloved aunt from Covid. My rational and irrational sense that Trump was to blame for her death. Money worries. Grim tallies of Covid deaths on the news each day. Daily walks, to feel the ground beneath my feet. Brighton, empty and haunted. Car-less streets and elegant skateboarders flying down the hills. Flowers in front gardens—their scents suddenly so noticeable and sweet. Noisy, bright birdsong. A fox lounging, all coppery, in the sun at the back of my house. My novel, more and more alive each day. Its energy, a strange company and presence.

Mina Seçkin: Unlikeable (to describe a character). This one always fascinates me. Isn’t fiction meant to interrogate human nature beyond the idea of real-life likeability?

Robin McLean: “Why do you think such dark things, Robin?” “Are you going to write nicer stories next time?”

Theodore C. Van Alst, Jr.: I’m pretty ok with anybody bothering to describe my writing, but check out this one review I got on Amazon. It’s only a couple sentences: “After five pages I gave up. Vulgar language, dull, unlike the Native American novel I was expecting.” And I’m like “THANKS HOMETOWN BOOMER WITH THE TINY WHITE DOG AVATAR. YOU HAVE GIVEN ME MY FIRST T-SHIRT MATERIAL TO PROMOTE THE FUCK OUT OF THIS BOOK.” So there’s that.

Theodore C. Van Alst, Jr.: Lead singer for a band that was hugely popular but now plays state fairs and back-alley wrestling matches because the stories you could get, right?

Padgett Powell: Acting. Be nice to have been Paul Newman, wouldn’t it? The talent on that Seymour Hoffman guy? I mean dang.

Alison MacLeod: Either a dancer in a contemporary company or the owner of an art gallery.

Mina Seçkin: Private investigator. Kind of like Alia Shawkat in Search Party, but perhaps I’d be slightly more professional. I am also really into birds—so, an ornithologist or bird whisperer.

Padgett Powell: Should be better at deadlifts and squats. Prevent the falling ass, the worst embarrassment in aging that I see at this point.

Alison MacLeod: Each book is an organic whole for me. Sorry—but I’m no good at splicing its green stalk. Better to leave others to say.

Mina Seçkin: I feel most at ease on the sentence-level, especially playing with the music in syntax and when summoning sensory elements. What has little sensory appeal, and is also very difficult for me, is always plot. Plot is not the way we live our messy lives!

Theodore C. Van Alst, Jr.: Dialogue. I have a hard time writing down everything they’re saying and like me, the characters hate to repeat themselves so I have to pay attention. The stories are in the dialogue. I think I’d like to be better at plot, but sometimes the stories don’t really come with one, and it’s hard to force that in. So yeah, maybe not, then. Not all stories need a plot.

Robin McLean: I’m good at dialogue. I would like to be better, however, at describing things with all my senses—taste and scent especially.

Robin McLean: When I lived in Alaska as a potter, people would come to my studio and sit and talk while I threw pots. Very relaxing. We shot the shit (then went walking up a mountain with our dogs, ate a big dinner and then took a sauna—they call it a “steam” there). In that setting, I was known as Dr. Chopped Liver since I dispensed advice that no one listened to. I expected nothing less. So I’m honored and also pretty much amazed that anyone has or should have any interest in what I have to say about anything.

Alison MacLeod: I suppose I don’t think of it or experience it as hubris, or if I ever did, that was a long time ago, with my first novel in ’96. I think my job is simply to be a strong conduit for a story; the story itself arrives or emerges as a gift from… who-knows-where. If I manage to deliver it honestly to the page, with nuance, rigor and a kind of love, it’s then all about the story, not me. My writing well is dependent on me remaining humble and becoming a “blank” version of myself, in order to receive the story and do right by it. It’s perhaps the opposite of ego and hubris. I don’t really feel I have messages or things “to say”—I’d write a thesis if I did. When I’m writing a novel or a story, I’m simply fascinated by particular questions and puzzles, and more broadly, by life’s mysteries. For me, to write a novel is to go off in search of the unknown—of things bigger, better, and more profound than I am.

Theodore C. Van Alst, Jr.:  I’m interested, and I guess as long as I am it’s ok if they’re not. I’m still gonna write this shit.

Padgett Powell: I put this fear to Don Barthelme in 1984. He waved it off and said, “Bootless.”

How Collaborating With Artificial Intelligence Could Help Writers of the Future 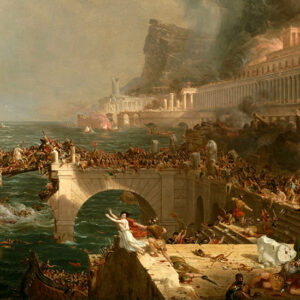 For those alert to signs hidden in the fabric of the world, the Roman Empire’s collapse in the west was announced by a series...
© LitHub
Back to top