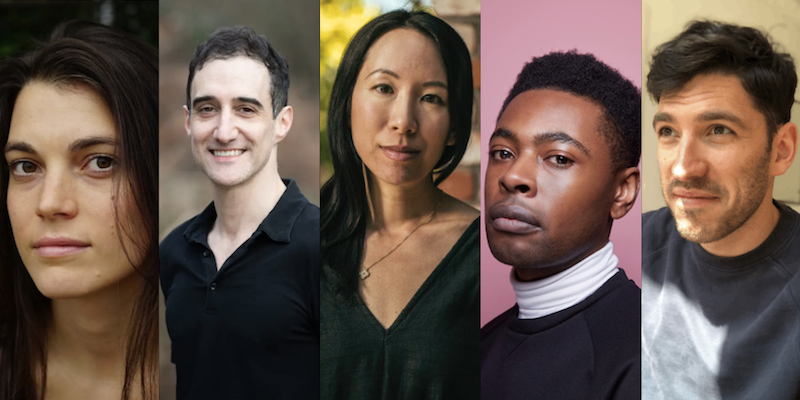 Sam Apple (Ravenous: Otto Warburg, the Nazis, and the Search for the Cancer-Diet Connection)

Will McPhail: Sometimes I hear myself in conversations saying things that I don’t care about, or even mean, just to get through the interaction unscathed. And when I can feel that the person I’m talking to is doing that too, it makes me want to scream “WHO ARE WE DOING THIS FOR!?” The book is about what can happen when two people stop performing their sad little dance for no one and say the things that really matter to them.

Clare Sestanovich: Some readers of my book have observed that it’s about “the everyday.” Does that sound ordinary? To me, it sounds extraordinary! In my experience, the most significant events have little to do with conventional milestones. A life begins many times; your heart doesn’t break all at once. These stories are about the before, the after, the almost. They’re about the dizziness of anticipation, the hollowness of regret, the inescapable fact that when your body comes back to itself, you’ll have to—get to—keep on living.

Clare Sestanovich: Above all, strangers: sardined on the subway, captured in someone else’s photographs, glimpsed in other people’s gossip (and, of course, always Google-able). Semi-strangers, too: my ex-boyfriend’s roommate, all of my best friends’ moms. And lastly—often invisibly, but so crucially–the opposite of strangers: everyone I have ever loved.

Will McPhail: My editor reminding me that I’m supposed to be writing a book, my mum, the cover art of Phoebe Bridgers’s album Punisher, an interview between Nicki Minaj and Stephen Colbert, Moleskine notepads, The Truman Show, grief.

Paul Mendez: Jamaica as a distant, unattainable Eden; the Black Country as a coal dust-choked hinterland I should not miss because of climate change; London as an ever-changing mosaic; and the sex, cooking, dancing and bigotry that happens in all those places.

Kathy Wang: Maternity leave policies. Every single “female executive roundtable” I’ve ever attended. All the emails we receive telling us our password was compromised.

Kathy Wang: Fear and dismay. A desire to entertain. And then, in the later months, remote schooling and trying to find any block of time for edits.

Will McPhail: Panic attacks followed by a global pandemic lockdown.

Sam Apple: Well, there’s the Goodreads review that begins, “NO. Just no! Absolutely NOT.” But I sort of love it.

Kathy Wang: Foreign. Unlikeable (only because your unlikeable is my likable).

Will McPhail: I’m not sure I have enough readers to despise any of them yet. But I did have one reviewer mark me down because they weren’t expecting casual sex in the book. Which does feel a bit like marking down a romance because you were expecting a sci-fi.

Clare Sestanovich: I’m thin-skinned, so I never despise the way someone describes my work—I just convince myself it’s irrefutably true.

Paul Mendez: Semi-autobiographical (such a binary and reductive term that ignores craft); coming-of-age story (makes it sound like a happily-ever-after fairytale); Wolverhampton (no shade but Jesse is from West Bromwich).

Will McPhail: I used to work on the trolleys at a supermarket but got let go for breaking “The 8 Trolley Rule.” As boring as it sounds, I actually quite liked it because I could just wander around outside all day and think about what animals are swimming around in the seas of Kepler-22b… or whatever. I’ll do that again.

Paul Mendez: In the past I would have worn the number 8 shirt for Pep Guardiola’s FC Barcelona (Andres Iniesta would’ve worn 6, Xavi, 4); either that or an early-2000s Timbaland-produced R&B singer. Now, perhaps I’d be a psychotherapist of some sort. Queer POC therapists are in short supply in the UK.

Sam Apple: If I couldn’t write or teach writing, I’d probably go with back-up point guard for the Houston Rockets. (Dreaming of being a starter feels like too much.)

Clare Sestanovich: Don’t we have to choose a career besides writing? I love the idea of being a therapist, but I talk too much. The two most thrilling jobs I’ve ever had were being a teacher and being a bartender (better for talkers). I’d do them both again.

Kathy Wang: I’d like to be better at nearly everything. I think I can write multiple POVs fine.

Paul Mendez: I’m good at sentences, dialogue, voice, point of view and establishing time and place; I think I’d like to be much better at pretty much everything else.

Will McPhail: I’m not sure really because this is the first book I’ve done, but people tell me I’m good at facial expressions/conveying emotion. I’d like to be better at pacing. One of the main obstacles I had to wrestle with was how long it took me to draw a panel versus how long it takes.

Sam Apple: I teach a class on how to become a better “noticer.” I’d like to be better at pacing scenes. I tend to move ahead too quickly.

Clare Sestanovich: Sometimes when I’m describing something, it’s like taking dictation: I see the thing in my head, then put the right words on the page. But there are also times when the describing actually changes what I’m seeing. I’m looking around in the dark for language, and when I find it, only then do the lights turn on. Only then do the details I’ve been ignoring flash into view: the way the sweat stain on a baseball cap looks like a shoreline, or a ghost; how ripped denim looks like corn silk trailing your thigh. Sometimes I’m pretty good at this sort of describing. What I want to be better at is waiting—and wading—through the grayer, dimmer days of writing. I want to be better at trusting that more flashes will keep coming.

Paul Mendez: Toni Morrison: “If there is a book that you want to read, but it hasn’t been written yet, you must be the one to write it.” If I don’t write about a queer third-generation Black British descendant of the Windrush generation brainwashed with a creationist, anti-gay, anti-feminist, anti-abortion, anti-Christmas religious doctrine and white supremacist, patriarchal ideals he has to spend most of his life deconstructing, unsupported, without going into mental and emotional meltdown, who will?

Kathy Wang: I try not to think about that; I assume no one will read what I write, and then I have complete freedom.

Clare Sestanovich: I don’t think I’ll ever be able to explain why I write, much less justify it. Maybe it’s simply because I feel most like myself when I’m doing it. It’s a way of responding to all the questions in my head, which doesn’t mean it’s a way of arriving at the answers. I hope I never delude myself into thinking I have any!

Will McPhail: I definitely do feel an obligation to make it worth their while, so I guess I use the hubris to push me into making something good. If they’re going to set aside a couple of hours to read my book and take £20 out of their shopping budget to buy it, then I had better give them something that matters.

“My Life is Quite Gay.” A Queer Memoir Reading List 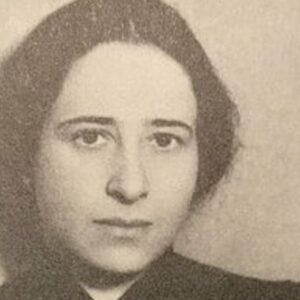 Libraries, as Hannah Arendt well knew, can be dangerous places. In 1933 she was arrested by the Gestapo one afternoon leaving...
© LitHub
Back to top