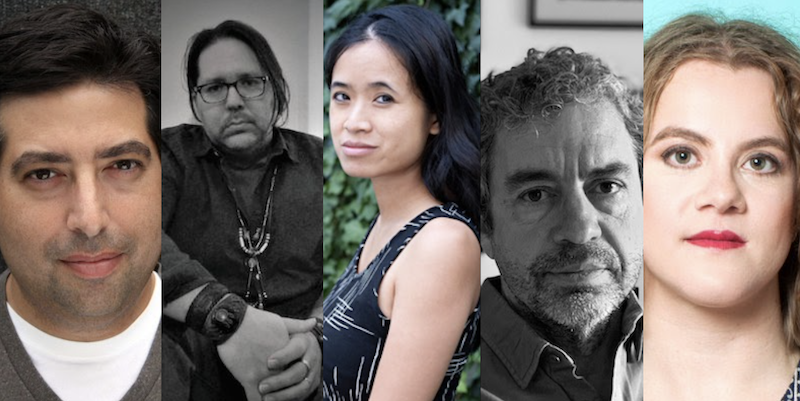 Russell Shorto (Smalltime: A Story of My Family and the Mob)

Catie Disabato: My book is about the way that the things happening on our phones (our text messages, our friends’ social media accounts)—our immaterial worlds—have a profound effect on our emotional lives.

Russell Shorto: Well, I suppose one source of influence is my previous output. I write nonfiction narrative history, and this one is in that vein. But there’s the obvious difference: it’s personal, it’s my family. So in that sense I looked to a variety of memoirs as influences. The trick of this one, for me, was to balance history, which tries to get at truth, with memoir, which often relies of memory (which, as we all know can be variable). I always tried to corroborate memories with documentary evidence.

Catie Disabato: Influences include: The dread and anxiety you feel when someone doesn’t text you back; the bar you always go to with your friends; the two-hour drive from Los Angeles to Palm Springs; the sunsets in LA; unrequited crushes; ghost stories where the ghosts have “unfinished business”; bougie crystal stores; looking at Instagram while you’re on the toilet; getting into a fight with your best friend and not being able to stand how that makes you feel; when you’re the perfect level of tipsy and you should stop drinking but you can’t.

Tod Goldberg: 1. Movies where George Clooney or Sam Rockwell plays a guy you like, but you shouldn’t. 2. Driving with your windows down on a summer night, not sure where you’re headed, not really sure who that guy in the backseat is, but whatever, it’s summer and you’re young, what could go wrong? 3. That one mix-tape you never gave her, opting instead to keep it for yourself, until that day it melted on the front seat of your car. 4. Staring at the Salton Sea, wondering who thought that was a good idea. 5. All the kids who disappeared when I was growing up.

Te-Ping Chen: Magical realism and news headlines, years of eavesdropping on conversations in another language. Travel and wishing that I was better at taking pictures. Bicycle rides, retirees dancing in the street.

Russell Shorto: Dealing with the madness of Trump and the Republicans. Trying to maintain my sanity.

Catie Disabato: Freelancing (exhausting); lots of therapy; being in love; everything you love is going to change.

Te-Ping Chen: Lots of smog and press conferences, my father getting sick. Thinking about mortality, traveling back and forth between China and the U.S. Trying all through a Beijing winter (unsuccessfully!) to tame a feral cat.

Te-Ping Chen: Dark, no happy endings. There are! But happiness is more complicated than you might think.

Russell Shorto: I emphasize narrative—i.e., storytelling—but my books are nonfiction, footnoted with sources. It drives me nuts when someone asks how much of what I wrote is “invented.” I guess I could take it as a compliment: they’re saying it reads like fiction. But mostly it bugs me.

Catie Disabato: Independently wealthy person who doesn’t have to work

Te-Ping Chen: Writing and directing musicals! Or, more pragmatically, working in policy on issues of democracy and healthcare.

Tod Goldberg: Playing first base for the Oakland A’s would be pretty great.

Te-Ping Chen: An eye for detail, also for satire and metaphor (when encountering another author’s good simile, I get reliably weak in the knees). Still trying to get better at dialogue.

Tod Goldberg: I’ve always thought I wrote dialog pretty well. Or at least well enough that  Elmore Leonard would like it, since every review I get says, “Elmore Leonard would appreciate his dialog!” I’d like to be better at writing action scenes and sex. I’m terrible with both. I always feel like, in both cases, that I’m doing things that defy physics and would require one to ice themselves for long periods afterward.

Brandon Hobson: I would like to be better at everything.

Catie Disabato: Strong suits: character development, plot, and pacing. Would like to get better at: dialogue, plotting a mystery.

Russell Shorto: Storytelling. Finding small details and weaving them together into a scene. Better at: Thinking deeply. Nuance.

Tod Goldberg: As the youngest of four children, I learned early on that someone’s interest in your opinions is irrelevant. If you’re screaming, they have to listen. Or if you’re funny. So. I try to be loud and funny and hope that hides my insecurities.

Te-Ping Chen: By trying to write something that I would want to read, and staying focused on those stories that keep tugging on your sleeve and demanding to be told, and finally throwing up my arms and saying, “Okay, okay! I’d like to see you written down, too.”

Russell Shorto: I have a notion that the smaller a story is, the bigger it is. That is, the more you zoom in on something, the more universal it is. So if I focus on one historical figure very closely, I believe (hope) what results will be of interest because, at heart, we’re all about the same things. Love, betrayal, striving.

Catie Disabato: I’m never concerned with this. I never think about it. I think that’s because my main goal with my books is for my reader to have fun while reading my book. If anyone is reading either of my books and they aren’t enjoying themselves, they should feel free to put it down and read something else.

Brandon Hobson: Am I seriously qualified to answer that question?

A Brief History of Metaphor in
Persian Poetry

What Is It Like to Be a Black Woman in the Tech Industry? 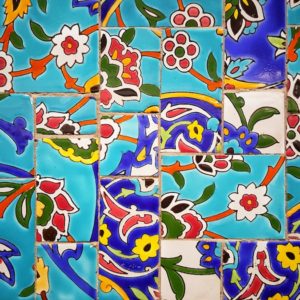 A Brief History of Metaphor in
Persian Poetry

A significant feature of Persian poetry that distinguishes it from most verse written in a European language is that almost...
© LitHub
Back to top