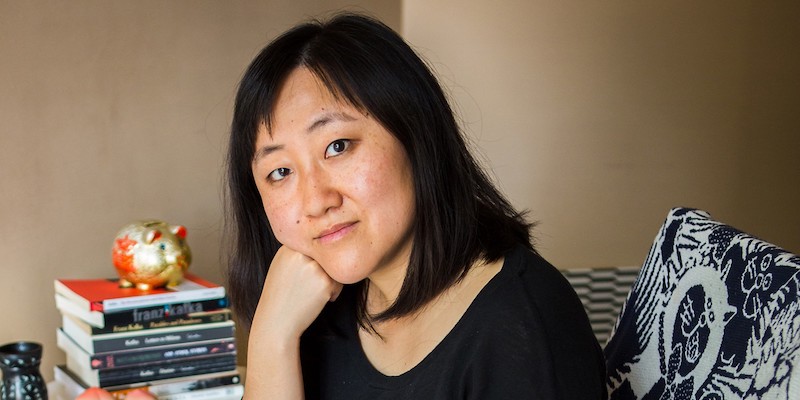 Ling Ma: Why Every Story Comes From an Entry Point of Wish Fulfillment

*
On the element of wish fulfillment in everything she writes:

My point of entry into writing a story is usually some sort of fantasy or wish fulfillment element. That is what I try to inhabit first before I get deeper into the story. I do feel like there’s an element of wish fulfillment throughout everything I write. I have found that when you attempt to inhabit some fantasy it usually turns nightmarish. So I wouldn’t necessarily say that this is the most joyful or happiest of collections, but it has both dreamlike and nightmarish elements.

Ling Ma: Both stories, “Los Angeles” and “Oranges” deal with domestic abuse. One is more of a fantastical take on that subject. It has a very fantastical premise involving this woman who lives in this very nice and beautiful home with her 100 ex-boyfriends, and her new husband bankrolls the whole endeavor. In the other one, it’s more of a realist take on domestic abuse. That was my attempt at writing straight up realism.

“Los Angeles” was published in Granta in 2015, so it’s one of the older stories in the collection. And it occurred to me eight years later, I wrote many of these stories during the pandemic, to try to tackle the topic again but from a perspective that’s more rooted in realism. So I wrote “Oranges” knowing that it was going to be part of a story pairing with “Los Angeles.” I wanted to explore a similar topic but with two different approaches. Of course, “Los Angeles” ends with a chase, and “Oranges” begins with a following.

Maris Kreizman: I love that the husband in “Los Angeles” speaks like a Peanuts character but just with dollar signs.

Ling Ma: The dollar signs dialog came from me trying to figure out what a finance bro would say. I even ordered a book about the economy. I don’t know what I was thinking. I just knew that he had to say something and I knew he was going to talk about money, so I just put dollar signs in that first draft. And then I realized actually I don’t have to do any of this research because we already understand what he’s saying. When people talk about money and stocks and things it’s already kind of incomprehensible anyway. So I didn’t need to get too deep into that.

Maris Kreizman: What a good solution.

Ling Ma: And that is the fantasy, a rich husband.

Skinship by Yoon Choi • Out There by Kate Folk

Ling Ma is a writer hailing from Fujian, Utah, and Kansas. She is the author of the novel Severance, which received the Kirkus Prize, a Whiting Award, the VCU Cabell First Novelist Award, and the New York Public Library Young Lions Fiction Award. She lives in Chicago with her family. Her story collection is called Bliss Montage.

The Naturalist’s Gaze: What Charles Darwin Saw in Tahiti 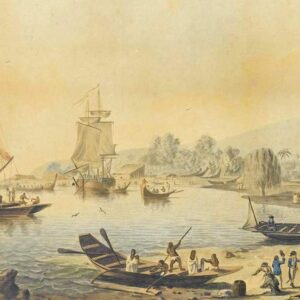 The Naturalist’s Gaze: What Charles Darwin Saw in Tahiti

After three and a half weeks at the end of the longest single leg of her voyage, the Beagle anchored in Tahiti’s Matavai...
© LitHub
Back to top