Linda Coverdale on Reading Stories of Survival in 2021

Books That “Reanimate the Human Heart”

“It was a hard year in which to believe in the possibilities of a fellow human.”

Indeed, but while so many Americans have lost what they still think of as their minds, where can others find comfort, hope, relief?

I turn to the impromptu Brooklyn sidewalk lending library. Trolling for books one Sunday, I swap my offering for Giles Milton’s Churchill’s Ministry of Ungentlemanly Warfare: The Mavericks Who Plotted Hitler’s Defeat, and soon learn that devising unconventional weaponry can require a tin bowl from Woolworths, magnets, porridge, a swimming pool, a spring-loaded striker, a sourball candy, and a condom, all of which became the prototype of the original limpet mine! Churchill’s unlikely gang of eccentric wizards devised dirty bombs (one killed Heydrich) and booby traps (such as the Castrator), trained guerillas in silent killing, even fouled axle oil with gritty carborundum to make the “Das Reich” Division late for D-Day—and drove Hitler nuts. A wonderful book.

Later I find A Woman of No Importance by Sonia Purnell, the astonishing saga of Virginia Hall, a tall American woman with reddish hair, American-accented French, and a wooden leg below the knee: a pioneering secret agent who learned her job so well on her own that she soon became the chief target of the Gestapo in France. She supported the Allies through espionage, reconnaissance, network building, and rescue operations, by delivering supplies and organizing daring raids, including a jailbreak for some captured colleagues. The record of her harrowing exploits, magnificent courage, and heartrending losses—including the resistance hero she loved—is almost unbearable simply to read. The one time she wound up in a cell, she stripped, lobbed her bundled clothes through the single small opening just beneath the ceiling, managed to haul herself up to push out the unstable bars and, sweating, very slowly, forced herself through the opening to freedom. After she limped over a frozen pass in the Pyrenees to Spain and returned to London, the SOE refused for her own safety to send her back to France, so she arranged to return there via the American OSS. And there’s much, much more, all of it breathtaking.

Naturally, there are American sagas, survivor stories of the average Joes made G.I. Joes, at a time when Americans knew who their president was and went off to battle against a real evil empire, and any personal memoir by a survivor is just appalling. Especially if these “American boys” wind up in a Japanese prison camp. Their stories record the fanatical sadism of many guards with a chilling surgical precision, and yet, amazingly, sometimes these super-survivors came to understand what we now know as post-traumatic stress disorder, and, returning to Japan, sought out their hated torturers to forgive them—and heal their own suffering souls.

My latest read about the camps is Ghost Soldiers, by Hampton Sides, which opens on December 14, 1944, with a truly ghastly panorama of the Japanese obliteration of their POW camp in Palawan, an archipelagic province of the Philippines. They forced their hundreds of prisoners to destroy the airstrip they had slaved three years to build—and then massacred the wretched men themselves, hunting them down with guns, bayonets, knives, sabers, clubs, flamethrowers . . . One man refused to jump into a pit: “Smith’s head was cleaved in two, the sword finally stopping midway down the neck.” A burning prisoner “emerged from his trench, wrapped his arms tightly around the first soldier he saw, and didn’t let go.” Others sacrificed themselves attempting to save their comrades, but in the end, only eleven survivors washed up on the far shores of Puerto Princesa Bay, where they told their story, alerting U.S. commanders to the terrifying threat that retreating Japanese would exterminate all American POWs.

On January 9, 1945, MacArthur came ashore at Lingayen Gulf, along with General Walter Kruger, the commander of the U.S. Sixth Army, whom MacArthur directed to move swiftly down the Central Plain to Manila. Two weeks later, however, General Kruger learned that in his path lay a hellish POW camp at Cabanatuan that included, among its 500 wretched prisoners, the few last survivors of the infamous Bataan Death March, and he knew what had to be done. A force of 121 Army Ranger volunteers assisted by Filipino guerillas was sent ahead to liberate the camp, and against all odds, Ghost Soldiers ends as a rescue plane bearing the Death March survivors flies out over the Battle of Manila.

Pick a book in the vein of the above, any book: they reanimate the human heart.

Linda Coverdale has a Ph.D. in French Studies and has translated over eighty books, including works by Duras, Echenoz, Carrère, Chamoiseau, Simenon, and Barthes. A Commandeur de l’Ordre des Arts et des Lettres, she has won many prizes, including the International IMPAC Dublin Literary Award and several Scott Moncrieff and French-American Foundation Translation Prizes. She lives in Brooklyn, N.Y. 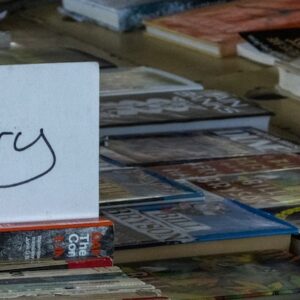