The Author of Negative Space Talks to Sari Botton

On this episode of Personal Space: The Memoir Show, Sari Botton interviews Lilly Dancyger, who recently published, Negative Space, with the Santa Fe Writers Project. The book is a reported memoir, through which Dancyger makes sense of her own life and choices by excavating the story of her late father, an artist who struggled with heroin addiction, who died when she was a tween. Please consider purchasing the book from your local bookstore, or through Bookshop.

Sari Botton: Your father, his art, his addiction, his relationship to you and your mother—these serve as lenses though which you try to understand yourself and self-destructive periods of your own life. That makes so much sense, but seems as if it would have been hard. How intense and difficult was that for you? How long did it take? Did you need to take breaks so that you could recover from some of the discoveries? It just seems like it would have been a lot.

Lilly Dancyger: It was a lot. Especially because I was really reluctant to bring my own story into it at all. I really just wanted to write about my father and his artwork. And for a long time I was convinced I could do that kind of in a vacuum. But my own story just kept being pulled into it. The more I was uncovering about him, the more I was also realizing things about myself, and things about my grief that I didn’t know were there, and anger that I didn’t realize was there, and then I started connecting the threads and realizing, oh, that period when I was a teenager, I wasn’t going off the rails for the hell of it; that’s actually a pretty clear connection to losing my father two years before all that started, which somehow hadn’t occurred to me before.

There were definitely some points where I had to take some time away from it. Digging up all that stuff about yourself and your family history and long-buried things that you didn’t know were there takes a lot out of you, physically, emotionally. I took a lot of breaks. That’s why it took over a decade to do.

How to Be Cool: On the Societal Expectations Placed on Black Boys vs. White Boys 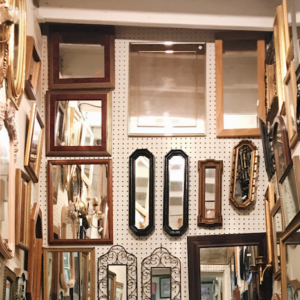 I planned to write one of those essays my mom would share with her friends on Facebook. In this essay, shame and doubt would...
© LitHub
Back to top